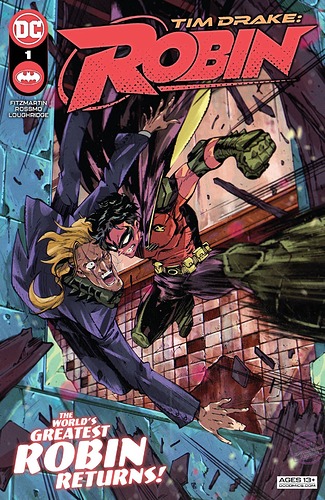 He is too angry in that cover. He needs to smile more.

I’m very excited to get my hands on issue one. i saw one spoiler and had many thoughts.I think I’ll enjoy the series as long as tim and bernard never break up and bernard continues wearing outfits as fabulous as the one he was wearing in the sneak-peak I saw. 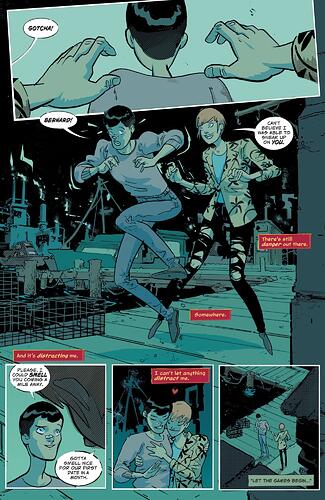 So for me, it’s important to establish what makes this different from the Damian Wayne Robin book and work from there.

The last Robin book from Joshua Williamson, highlighted the adventurous and a globetrotting nature of a hero like Damian Wayne. Plenty of mystery and fantasy with a tournament arc that had brought action to the forefront.

Now with Tim Drake, the series establishes a new setting for the character that while still in Gotham, it’s still described as a remote part of it that separates the character from what we know about him. The Gotham Mariana unlike Lazarus Island is not something dangerous, but rather for someone like Tim Drake, it’s something different from he’s used to, so it’s mysterious in a sense, but that doesn’t make it intimidating, it actually makes him comfortable.
This splash is a good example of this familiarity that Tim has gotten for the people here that he knows their dynamics with each other and their characteristics. 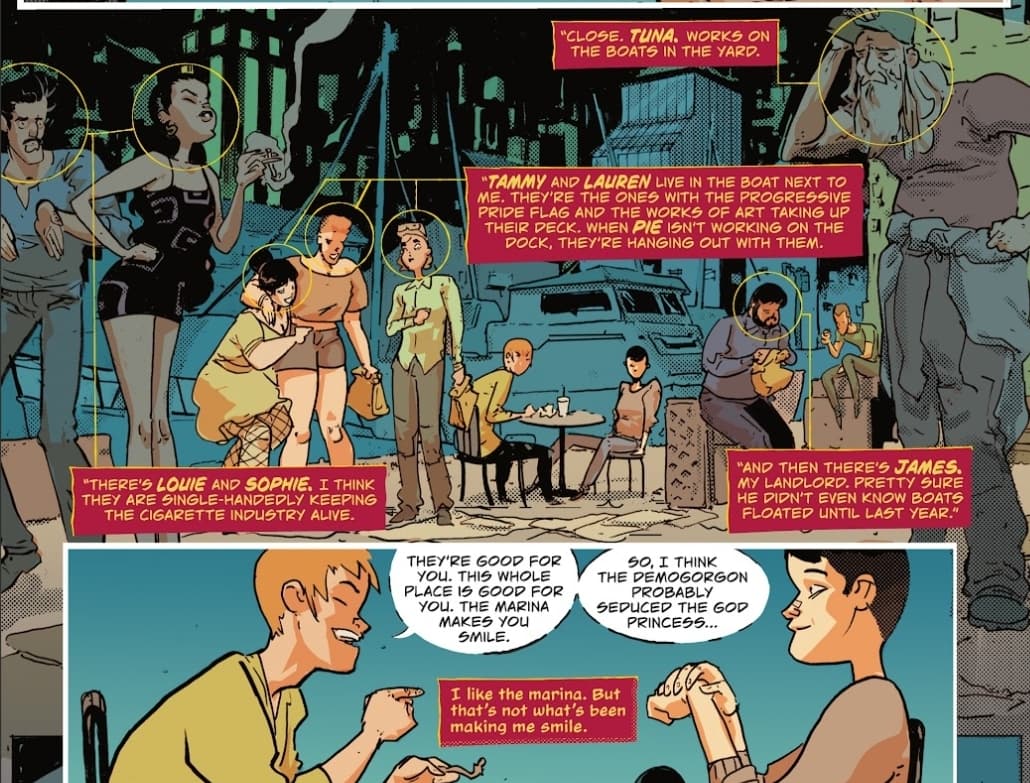 The art style by Riley Rossmo has plenty to like and not like, especially if you don’t care for this more cartoony character designs. That being said, Rossmo when working on a project and not a one-shot he works really well making them all consistent and honestly, I’m just going to say it, when they introduced Darcy, I was so happy because she was my favorite from Tim’s future state story. 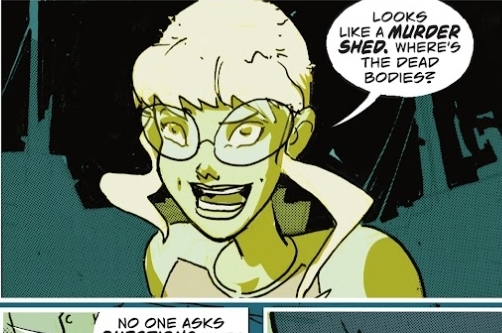 And Rossmo art style doesn’t hide the fact that Darcy is gorgeous.

Considering this is a pier neighborhood, I’m expecting characters like Bernard and Tim to be also wearing beach clothing constantly.

I like the vibe here which I can only describe as a feeling that I get when playing those point and click mystery games where you familiarize yourself with people in a remote setting before you solve a mystery that implicates everyone. Even Tim describes himself as a Sherlock Holmes in this situation. 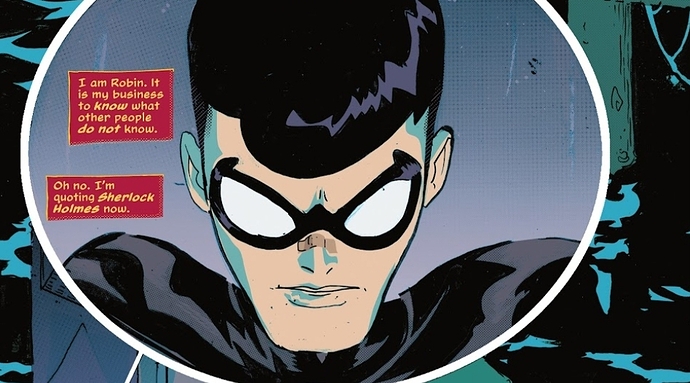 It’s fun for me and I like it, but I will say there is one negative here. Meghan Fitzmartin does superb character work which I really like, but her villains can be truly underwhelming, this one here being no exception.
I think of Chaos king and that recent one from Dark Crisis( I’m not going to spoil here) that honestly could have been better. That doesn’t mean you shouldn’t read this book because it’s a good read for Tim Drake fans and perhaps newcomers as well who miss this 2000s nostalgic vibe presented here.

Alrighty- I just read issue one.
I think I’m someone who has a pretty low bar for what qualifies as a ‘good story’ but so far, I’m excited to keep reading the story, and I genuinely believe it will be good. I don’t love the art, but it has the potential to grow on me.

The beginning- where Tim and Bernard go on their date- ohmigod my heart. They are the most precious. As much as I dislike Tim’s look/appearance in this story so far (it’s probably just the art style, but something seems off about it) Bernard looks amazing, and I love his outfit (and everything about his design) at the beginning of this issue. 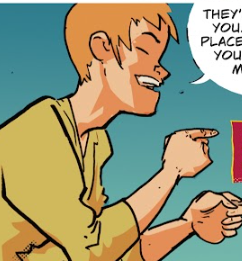 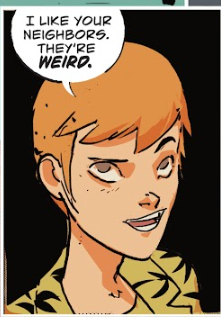 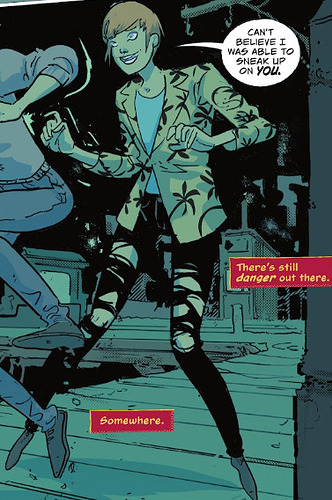 On a random note, I did enjoy this -sidenote? dunno what to call it but this: 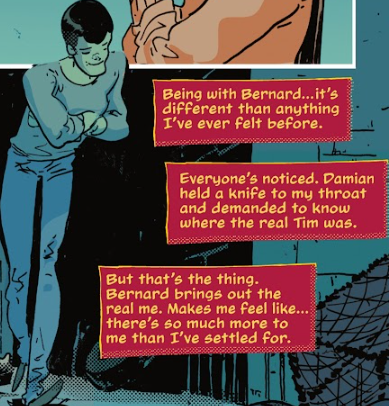 damian being a good brother as always

overall, I enjoyed issue one, I will probably not shut the hell up about my love for it and tim and bernard for…ever.
i look forward to #2.

You got the best comments. Always put a smile on my face.

Actually no. For things like cars, shoes, and movies that is how it works since that is about one big sale. For things like food, comics, and TV that is not the case. Success there is not about opening numbers but continued success. Big sales for issue one is not as important as big sales for random later issues.

A big recent example is Wonder Girl where it started big and then numbers collapsed and DC quickly canned it before they could get lower.

veryone is talking about it

I do not think that means anything. Sadly the comics industry is full of pirates and people complaining about comics they do not read.

Ask me that for movies. I follow box office, not comic sales. I have just never been interested in following the money that closely, especially since for the reasons I stated earlier that is a much bigger time investment.

Tell me when the actual Tim Drake shows up

that’s a bit harsh.
how dare you insult two of the best fictional characters.
sure tim looks a bit whack, but bernard is looking his best. they fixed his weird lifeless hair that he had in urban legends.

I don’t get why DC doesn’t try to hit the romance market and just do romance comics that are just focused on the romance instead of shoe-horning it into Superhero titles.

honestly, if they did that with some of their existing couples they’d get my money

I don’t get why DC doesn’t try to hit the romance market and just do romance comics that are just focused on the romance instead of shoe-horning it into Superhero titles. 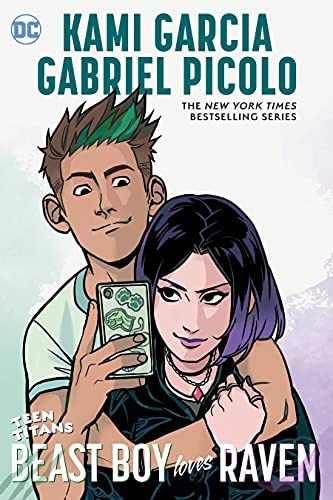 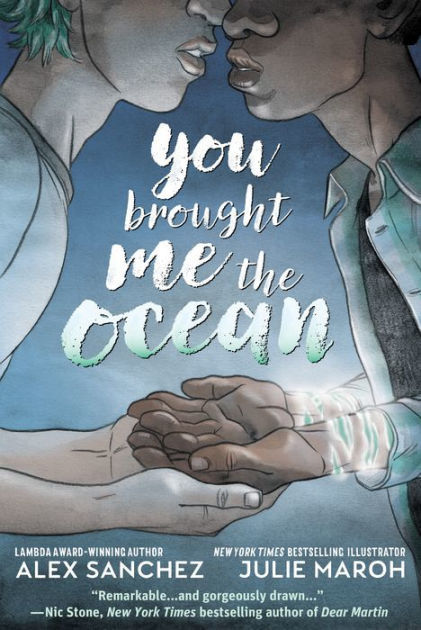 the second one is Jackson Hyde Aqualad

That’s still superhero related. Remove Superheroes from the whole equation and just tell the romance stories that captures the shipping audence as a whole. Just do a straight-forward slice of live romance comic.

honestly, if they did that with some of their existing couples they’d get my money

So you only really care about the couples and not the Superheroism or the adventures?

no it’s not that at all- i love the heroism, but im also a fan of the romance too
I’d read both if they started doing romance type comics