This Sunday, June 23rd will mark the 30th anniversary theatrical debut of one of the best comic book based movies ever: Tim Burton’s Batman!

To commemorate three decades of this cinematic caped classic, we’ll be doing a Watch-Along where one and all are welcome to chit your chats (or chat your chits) about this dark and gothic action flick that showed the outside world that there was indeed more to Batman than camp and celebrity guest villains (which are cool too, but…you know).

So, fire up your Batwing and come to the festival with a happy face! RSVP today and we hope to see you there!

SN: No Smilex will be served. There will however be ample quantities of punch, pie and whatever it was Vicki, Bruce and Alfred ate. Attendees may give Knox a grant if they like. 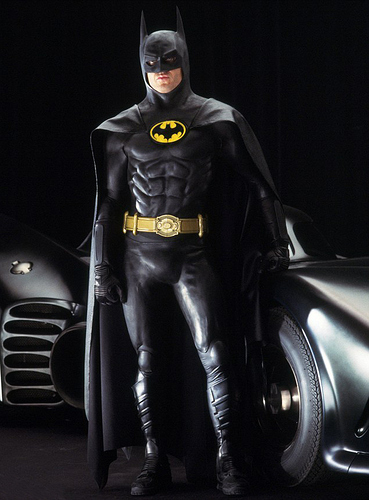 Yeah! You can even play with a shopping cart too!

Outside of the Screening Room, that is.

If you’d said “I’ll be there.” then we could have had a Friends sing-along.

I’ll be there. This watchalong needs an enema!

catches a rose from the audience

Alfred, give Vroom a grant.

Alfred turns to me

What are we gonna spend it on?

I’m still gonna try to make it, but it’s lookin’ shaky! I’ve memorized it well enough to pre-comment, though. Like,

Joker goon flourishes swords at Batman in an alley

I think Swordslingin’ Steve should get a refund from whoever he paid to learn how to wield his weapon of choice (cue Fatboy Slim’s song).

Batman stands there, thinking “Okay.” as Steve does his bit, then thinks “Okay” after he knocked Steve out.