I was just wondering what you guys’ thoughts are on what will potentially happen in The Three Jokers limited series by Geoff Johns. What do you think will happen? Any out of the box theories that you guys have?

I think that The Joker has multiple personality disorder and by having the disorder it will make all different versions of The Joker from different time periods canon!!! 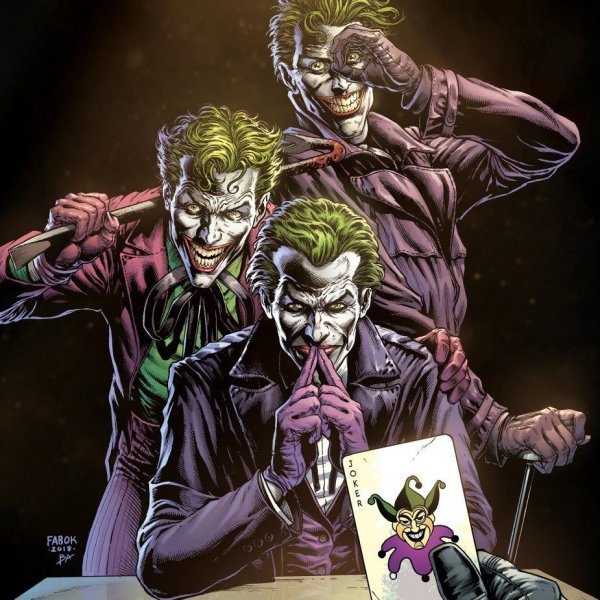 That’s actually an incredible idea! Especially since it’s a Geoff Johns run, I think there will be some heavy sci-fi elements. How long do you think the series will go for?

It’s Black Label, do you think the story is going to get dark?

Interesting idea! Do you think there will be just another person being The Joker every era?

The three different eras and joker worked out a deal with reverse Flash to bring the earlier versions here as time remnants.

@GR1D
That’s kind of how I’m imagining it, but I sort of hope I’m wrong.

I want it to be a little more complicated than that. Maybe the Jokers are three eras of readership personified (‘50s, ‘80s, and ‘10s, perhaps?)

@Batwing52
I agree, I want there to be a little more intrigue to it than just that