Thoughts On The Joker Fandom?

To start, this isn’t an attack on fans of the Joker or the character itself. I’m not here to hate on anyone. That being said, I’ve always found some people’s “obsession” (for lack of a better word) with the Joker to be a bit peculiar and worrisome. I love him as a villian and advosary to Batman, but I find some people who like him as a character to a higher degree. I just can’t seem to understand it. Please don’t come in with the stereotypical response of “Every fandom have those who are obsessive and the Joker is like any other.” I feel like that’s just too easy and not reflective of this issue. There are people who like him as a person. I left my screening of Joker and heard some people who actually supported and agreed with the character. Which I don’t think that is what the film was going for (all of his actions are awful and inhumane). I’m curious, am I overreacting? Because I just can’t seem to understand that attraction to an awful character. Like I said, I get watching a movie and having a morbid curiosity as you follow a villian do their deed or commit crimes (Nightcrawler for example), but Joker just seems to be a little too far for some people? What are your guys’ thoughts? Have you noticed this too? Does it also worry you? 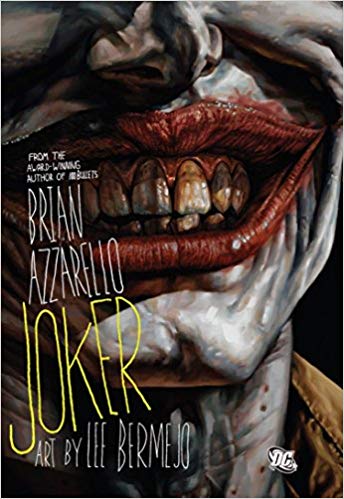 I would imagine that people like the ones you over heard are few and also people may say things when caught up in the moment but if they step back and think they probably don’t mean what they said. I mean he is a fictional character. I wouldn’t consider it anymore worrisome than Harley Quinn fans or even Darth Vader Fans. They both do/have done some pretty nasty stuff. I think people who support/are/don’t have a problem with groups like Antifa are more disturbing than folks liking a fictional character.

I’ve seen the same thing, and it is worrisome. But personally, I think it’s that the concept of the Joker is that he’s dangerously charismatic, and so he necessarily has to be actually dangerously charismatic to be portrayed well. I think if you actually talked to one of the more obsessive Joker fans and broke down some of his more heinous acts, they’d either take a stance of denial or acknowledge that they don’t actually support what he does. I don’t know that that’s universally true, but I suspect this is more people not thinking their ideas through than actively approving.

Basically, I’m of two minds. On one hand, I’d generally like to believe that this…

“Every fandom have those who are obsessive and the Joker is like any other.”

… is what’s going on, and they’ve just landed on a weirder character to obsess over than usual.

But I have encountered certain Joker fans who really do seem to idolize him somehow. I’d say it’s less that you’re overreacting and more that you might be conflating multiple strata of weird obsession, from the usual “Ha ha, aren’t I so cool and edgy for rooting for the bad guy?” crowd to the weird people who get just kind of caught up in the idea of the character to the genuinely disturbed people who consider him a hero. And as you move across that spectrum, I think the group you’re dealing with gets smaller and smaller.

Is it possible that a few might take what they see from the Joker and make that a part of their life? Sure but also realize DC comics arent responsible for others nor have they portrayed Joker as a good guy

Oh, by no means am I blaming DC comics or the comic creators. The image I chose is Brian Azarello’s Joker run which I find phenomenal. I believe any obsessive fan is fully responsible for their opinion and actions. I just find it interesting that people are specifically drawn to him

… is what’s going on, and they’ve just landed on a weirder character to obsess over than usual

Yes, but I’ve just found that those who obsess over joker act and discuss him in a different way than other comparable characters. That’s why I wanted to address that perspective out of the park.

Im not some super joker fan but just imagine being an obsessive fan about any character…when i look at them like characters I can get Joker’s appeal. Its a chaotic charisma attached where you can do almost any heinous act and just laugh it off. Not to mention his iconic design

Sure, people who obsess over real serial killers are probably worse. But shouldn’t we be concerned about anyone who fantasizes about reckless abandon and chaos? Like, obviously not all laws are good, but people who obsess over characters that embody these characteristics should be people we worry about (whether it’s a really person or not).

The law system has alot flaws but shouldn’t go into politics, most people dont act like Batman and take the law into their own hands

As long as people who fantasize about reckless chaos don’t actually go about their daily lives like that then i don’t really see the harm. Joker in the real world would be pumped full of pills and in a padded cell

Yeah, once again, the laws we have in place are flawed and I’m not arguing that they are all okay. But whether someone acts on it or not, why are you not concerned by people who have those thoughts and, even more importantly, manipulate a character of the DC fandom in order to live out their wishes. I think anyone who has those desires, whether they act on them or not, are a danger to society.

Im not concerned because i think thats a minority of people and i don’t think its necessarily because of the joker. People have issues with their brain that has nothing to do with the Joker

We cant read people’s thoughts so why worry about it? If i threaten to kill someone or myself though, I get questioned and/ or put in a hospital

I understand you being concerned but what would you want done about it? A PSA where DC says Joker isnt a character to idolize?

Yeah, idk. Maybe a statement like that would be nice, but I can only imagine what type of replies that would get. For example, “DC is becoming an social justice warrior propogandist that is bending to PC culture.” I do think that something needs to be done to acknowledge the issues of the character and ensure that the general public is clear that DC doesn’t support that manipulation and use of their character (whether it’s from a small but vocal minority or not).

In the real world, there have been plenty of outlaws who were clearly not good people, but came to have fan followings among those who liked them more as symbols of rebellion against authority than for themselves (Jesse James and John Dillinger, for instance), and I think that some people identify with the Joker for this reason.

This can also be true of other fictional characters. Pepe the Frog has been embraced by the Hong Kong pro-democracy protesters as a symbol of rebellion against the Chinese Communist Party’s repressive, totalitarian government. Most are totally unfamiliar with the connotations he’s come to have among some people in other nations.

Symbols can mean very different things to different peoples and cultures. I’m not saying that every hardcore Joker fan is harmless, but I think that most see him more as a counter-cultural figure.

The Joker is more than an anti-government individual though. He’s an anarchist, mass murderer with no empathy. If a person identifies with that or relates to that in any way, that worries me. If this is about being a conunter-culture individual, DC has plenty of other characters that would be more appropriate. I mean, Batman himself is an example of going beyond the government’s choices due his frustration with their incompetency. The point is, the Joker is a poor example/representation of this counter culture wave but instead a dangerous individual with tendencies that should be concerning if someone identifies with him.

The Joker is a well known and popular character, though. The Joker also just had a movie that broke records left and right, and was subject to a clear effort to undermine it by the entertainment industry establishment. Like I said, some real life figures have become counter-cultural icons despite doing terrible things. He represents an extreme force of anarchy, and that can be interesting to explore; something you can do without condoning his actions.

The controversy surrounding the Joker film almost certainly helped boost it’s sales and popularity. As they say, all publicity is good publicity. If its about Joker being popular, once again there are other DC characters that are just as if not more popular and well-known as Joker without the terrible acts of mass murder and with morals. How can you support someone or identify with someone and just go, “yeah he did bad stuff but I’m gonna agree with him anyway knowing there are other characters out there without these issues.” Joker is a mass murderer with no empathy. I’m not saying if you like this character you’re bad. All I’m saying is identifying with him is worrisome. I think that’s pretty justified.

The clown motif is a powerful one. Not just the esthetic but the mystery and psychology also. Another thing is the clown has a social commentary connected to it. The struggle of sadness (depression mental illness) but putting on the happy face and the threat of violence has always been there. The clown can say and do things that none of us should. This stuff has stood the test of time because we all connect to it in some way or another. Some people are fascinated with it while others are repulsed. Oh but it draws us in, right? This is new paint on an old face and for that reason I’m not too concerned myself. But you may have good reason to be concerned about the reaction to it.

Yes, I’m well aware of the clown motif. It’s why they are so popular in modern media from DC to IT to American Horror Story. But I don’t know that makes me any less worried about those who identify with these characters. Once again, there are plenty of other characters out there that can discuss mentally illness or hiding your true colors. So to choose one that also is known for being violent and ruthless is concerning for me. All of this said, thank you for your perspective and adding to the conversation.

Maybe people just find the Joker interesting as a character. A lot of people prefer villains to heroes, it’s just a matter of preference.