Thoughts on Aquaman No Longer Having a Comic

How does everyone feel about there not being a aqua man comic anymore?

Is it a result of the general decline of comics or is the leadership at DC just that disconnected with the readers?

Or something else? Why are comics failing in such a rich super hero climate?

I’ve only been interested in Aquaman during the One Year Later ‘Sword of Atlantis’ run, so I may not be the best opinion on this…
But…

There’s a lot of superheroes out there.
And a lot more that don’t have their own books that very likely should.

I believe that current trends are showing more interest in non-superhero comics.
I personally think this is because fans are getting better superhero content outside of comics.
The tv shows and movies are plentiful and tend to be much better than the comics, which aren’t only expensive and padded to fill trades, but are almost always devolving into a meta-fiction plot that routinely reboots or recycles everything, undermining the foundation that the stories are built on.

A lot of people just want good stories.
Stories that aren’t artificially inflated to fit into collections or compromised to accommodate the latest multiverse-wiping event.

Edited to add:
Love it or hate it, Momoa’s turn as Aquaman has boosted the character’s popularity back up to, or even above, where it was at during his Saturday Morning cartoon run in the '60s.
It’s pretty much guaranteed that he’ll be getting a regular book again.

I like the Aquaman run, is it being discontinued after Future State?

I don’t think they’ve revealed the full line-up of titles, yet.

I’m sure it’s just a matter of time before it returns.

I always thought Aquaman was workable in Atlantis, but challenging to incorporate with the rest of the land-based characters. In anticipation of more multi-hero driven movies, it seemed they were prioritizing Shazam/Cyborg in place of Martian/Aquaman. However I imagine Mamoa’s success vs. the Cyborg actor’s issues have complicated matters.

Aquaman is still part of Future State. Kaldur and Andy look like the leads in the book. I think we’ll see another Aqua book afterwards. A lot of books are ending and/or being restructured in the wake of Future State and (I’m assuming) the fall out of 5G.

Personally, I disliked a lot of things in the most recent run of Aquaman, so I wouldn’t be surprised if sales dipped. Hopefully, we’ll see a strong new team announced before too long. 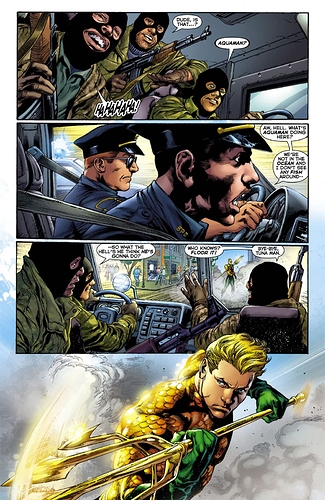 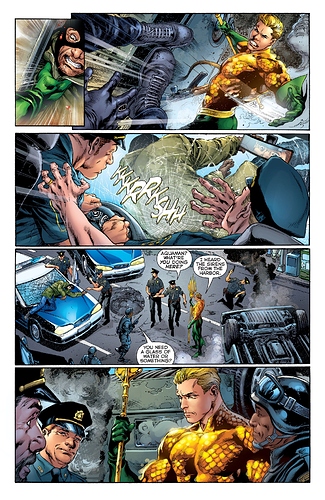 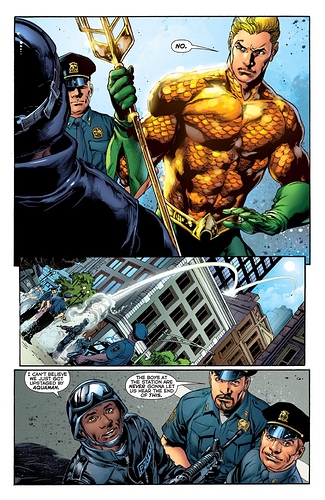 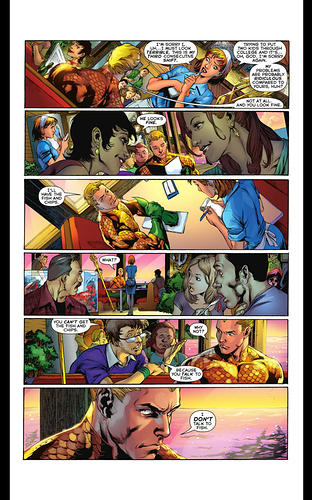 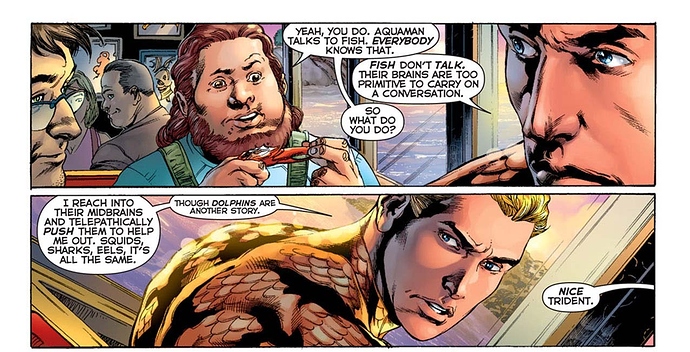 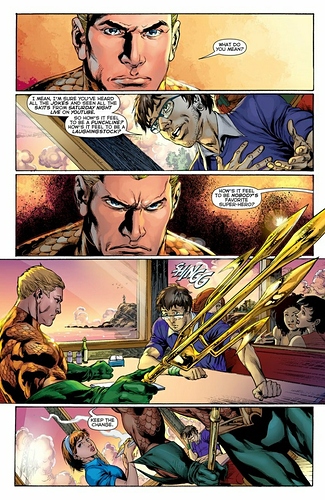 That sucks cuz I’ve been waiting for the right time to get into Aquaman. I love how… other he seems just cuz he rules an underwater kingdom. But I have to say, I doubt this is due to a lack of popularity and more just cuz DC doesn’t gaf about their readers and just wants to do what they wanna do. They’re out of touch and has been for almost a decade now.

The movie made a billion dollars and a sequel is on the way. Only a matter of time before we get a new series…

By march DC will only have around thirty titles left that will be actively produced maybe even less.

Everything they are doing seems to be an attempt to destroy profitability in comics.

The only thing that I can see that could possibly save them is to go to a digital subscription service for content and a premier format that is demand printed upon orders. Oh and actually producing content people will buy.

Marvel is facing the same problem.

Misreading the market, drifting into “wrokeness” instead of letting the story be the story.

The only aquaman run i really ever followed was New 52. It was really good, but its just one of those characters i don’t have much interest in. I hope he returns for his fans tho. I think DC will probably be cycling their characters a bit more to allow other characters to have a chance. Its easier for newer characters to get a chance when the shelves arent flooded

I would think after a hit film 2 years ago it’s comic series would be popular, maybe they’re planning to reboot it after DC Future Stat, then again I could be wrong, please don’t hold me to it.

You would think.
However, there’s a lot of elements at work.

One is a dwindling pool of big name creators at DC and that pool being used mostly for Batman and the never ending Next Big Event.

So the big name creators don’t get put on Aquaman.

There’s also been some ‘fan ownership’ problems with Aquaman.
Fans didn’t like the comic version looking like Momoa.
And fans didn’t like Cullen Bunn’s attempt to add more classical fantasy tropes into the book, forcing him to leave.

Aquaman will get his book back when DC smartens up and puts A-list talent on the book that has a basic understanding of the character. The most t recent creative team had no clue and sunk the King of the Seven Seas book faster than a dingy striking an iceberg.

Just based on what I’ve seen the new comics I’ve read my guess would be that DC and their writers are just out of touch with what fans want. I hate seeing this as I love Aquaman and have read almost everything in this site, but I will admit his recent comics have been bad. I’m hoping the head honchos in the industry figure out what the fans want and make it happen or they will end up destroying these amazing companies.

I think we were very lucky to have a string of very talented writers working on what at one time was not considered an A character. Each had a slightly different take, but I enjoyed each one. Aquaman, like Batgirl, Supergirl and more will be back very soon. No doubt this was planned as a short break before relaunch.

Oh I cannot agree with that. Kelly Sue DeConnick’s run was great. She introduced all the characters and ideas she wanted to add to the Aquaman mythos, and then showed she was more than adept at using the old ones, with great stories building up Mera, Vulko, Black Manta, Ocean Master, and brought Jackson Hyde into the comic on a regular basis. Hyde had been absent from the comic for WAY too long.

He will have one it’s not like it will be forever.

100% agree, thought she did a fantastic job. She really boosted the supporting characters. Love the addition of the old sea gods.