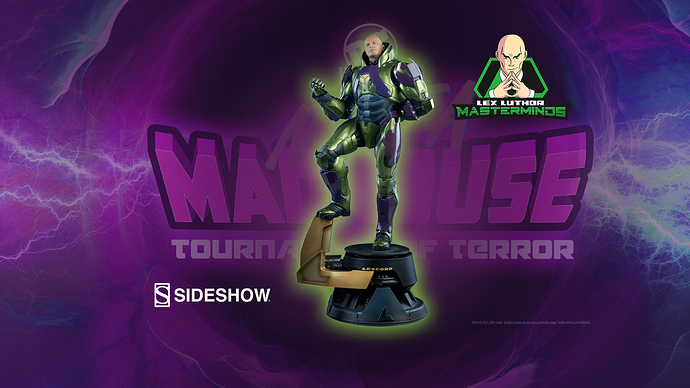 “This sanctimonious image of yours fooled everyone - except me! Because I! KNOW! EVIL!” - Lex Luthor

This week, we celebrate the brilliance of Meta Madhouse with this Sideshow statue of the most intelligent coach in this competition - Lex Luthor!

Lex Luthor is one of the most dangerously intelligent men on the planet. He has the ability to be a brilliant man, but instead is a brilliant super-villain. His greatest goal is to stop the man he sees as the greatest threat to his success, Superman. Lex Luthor obtained his battle suit when he was living on his adopted home planet, Lexor. The war-suit provides Luthor with superhuman strength, durability, the ability to fly and project Kryptonite energy blasts.

Enter this giveaway for a chance to win now through March 27th!