This Week’s Sweepstakes: Meta Madhouse: The Beast The Cheetah Sweepstakes 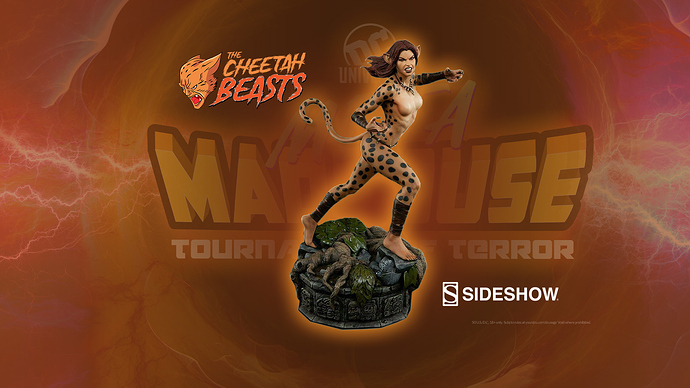 “They say animals get violent when they sense anger.” - The Cheetah

One Grand Prize Winner will win our Meta Madhouse: The Beast The Cheetah Sweepstakes.

This week, we celebrate the ferociousness of Meta Madhouse with this Sideshow statue of the fiercest coach in this competition - The Cheetah!

Alternating between enemy and ally to Wonder Woman, The Cheetah forever seeks a balance between her human and animal natures.

Barbara Minerva once convinced Wonder Woman to let her into the Black Room, A.R.G.U.S.’ special containment facility for magic. There, she stole the God-Killer Knife and stabbed herself in the chest. The act empowered her, turning her into a cheetah woman with incredible hunting prowess and speed. Since then, Cheetah has clashed with almost every member of the Justice League, particularly Wonder Woman.

Enter this giveaway for a chance to win now through April 3rd!