There's Something Magical About Amethyst 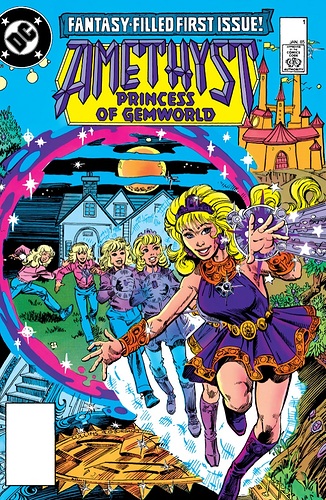 Do you remember your very first comic? In this Women’s History Month feature, Rosie Knight recalls her search for a special first issue…and how it changed her life.

Check out the full article in the News section of dccomics.com!

Which title/character sparked your love for comics and collecting? Tell us in the comments below!

Do you remember your very first comic?

Which title/character sparked your love for comics and collecting? Tell us in the comments below!

My very first comics were The Untold Legend of Batman #'s 1-3. Specifically, the set of reprints that were offered as a mail-in from this fine cereal: 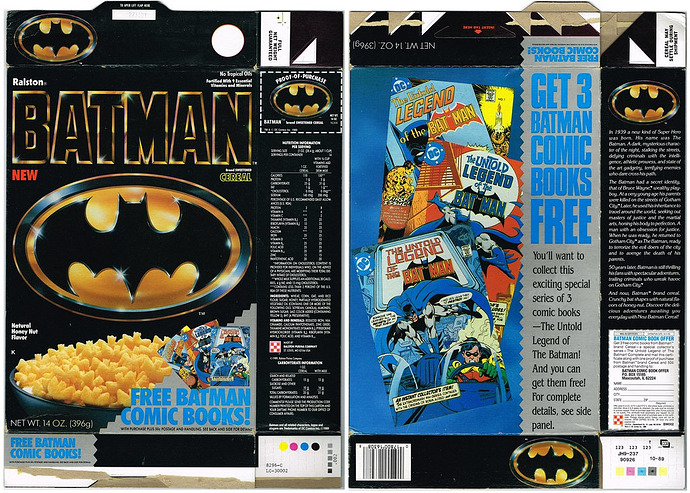 It’s what hooked me on the further adventures of The Batman and Jim Aparo’s rendition of him, which is to this day my absolute favorite comic rendition of the character.

Regarding Amethyst, she is a swell character. I don’t remember when I first came across her, but I do remember enjoying her New 52 ongoing, which definitely deserved a longer run than it ultimately got.

What I’ve read of the Amethyst mini from the Young Justice imprint is pretty good. Looking forward to reading it in full, one day. The issues of Young Justice that featured her were great, as was that series in general.

Also, the Amethyst DC Nation shorts were a lot of fun. Easily a highlight of an animated anthology that is brimming with highlights.

Yes, the original 1980s Amethyst is great, I really wish DC would bring her into one of the live action TV shows!

I would love to see a big budget, live-action Amethyst movie. Women are kicking ass in movies greater than ever, so now’s the time!

Those were my first comics too! I didn’t know anything about Batman before the movie came out. I still have those comics.

I still have mine too.

I’ve thought of buying the original, regular-size, issues of The Untold Legend of The Batman just for the sake of having them and the Batman cereal-related reprints together, but have yet to do so.