The Wild and Wacky DC Comics Covers of the 50's and 60's Fan Club Starts Here!!

Love the 60’s Atom with it’s combination of fun stories and “science fact.” I just picked up a DC Archives color edition of the earliest 60’s Atom adventures on a half-price sale!

Wow I don’t recall ever seeing a close up of Atom’s boots.

By coincidence, I just saw an article in the news about a 9 year old prodigy gal who just dropped out of college. 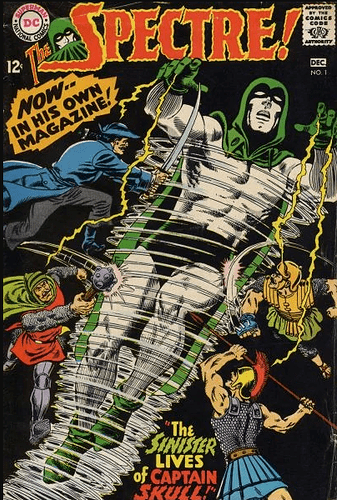 I had/may have this one-- cuz I read my reprint book to death!

That super-spectacular-- SUPERBOY-- reprints this Legion story-- BRAVE AND THE BOLD #54-- KID FLASH, AQUALAD, and ROBIN! What may have been the first KId Eternity story I ever saw, and more Superboy and Supergirl goodness!

I already posted that cover-- here! 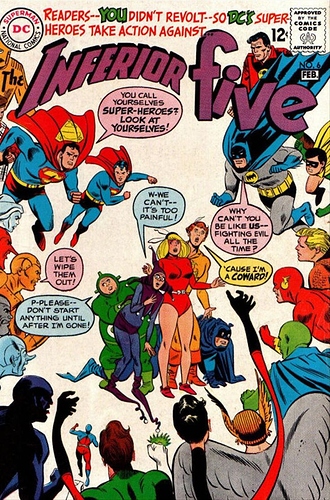 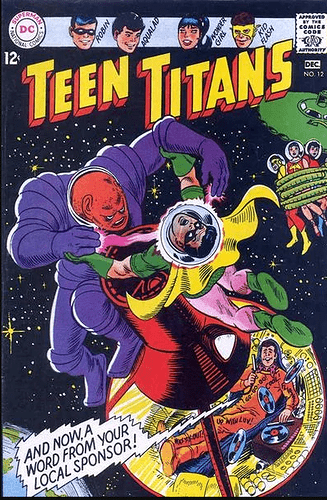 Fourth wall. And that space capsule is very much like the one on display at Corning Glass Museum in Corning, NY…except the sides weren’t made of glass…

Wow we have this in our DCU library and it’s the first appearance of Wonder Tot. I just looked it over and I have to admit I’m not really sure who or what Wonder Tot is or how Wonder Tot appears in the next issue. 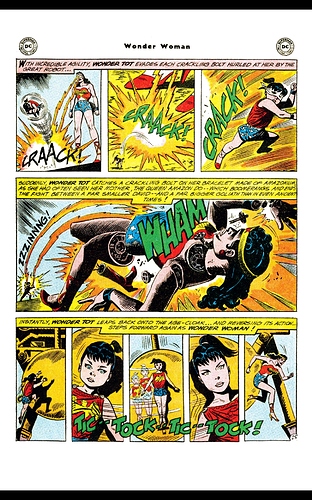 Wonder Tot was a response to the success of Superbaby

Eventually, Queen Hippoyuta would contstruct a magic camera, where in she would create stories featuring her daughter at 3 ages-- at the same time-- Wonder Tot, Wonder Girl, and Wonder Woman-- Wonder Tot and Wonder Girl, both Diana, would appear in back-up stories. Eventually, Wonder Girl would get more and more contemporary-- and even Wonder Tot would occasionally not reference being Diana as a baby-- slowly becoming-- in stories written by— you guessed it-- Bob Haney-- somewhat separate characters. This is why a lot of readers at the time, asking for Wonder Girl to appear with Kid, Flash, Aqualad and Robin-- didn’t get that she was Diana as a child. And finally, Wonder Girl became Diana’s sister in the Brave and the Bold #60

Here’s hoping the Digitize Jimmy Train keeps on rolling for years to come!

This comment started a quest for me. Luckily the stuff I purchased to get this and surrounding early Superman Silver age in color was actually on buy one / get one free or I got one for like 30 bucks, but now I have all three of the DC hardcover archives: Superman: Man of Tomorrow 1, 2 and 3 that have the launch of Superman Silver age in glossy color, with all the comic book mythology the rolls out of that era, like the Fortress of Solitude, Brainiac, Supergirl excetera. 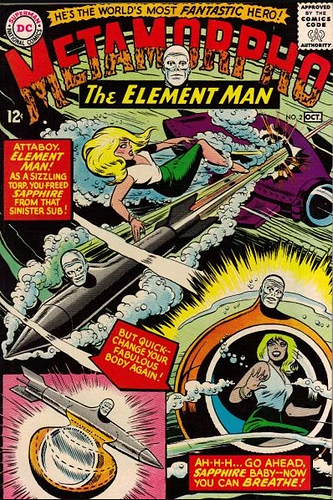 Now I have to go see if Metamorpho has an Archive edition in color. I have volume 1 of Showcase Presents for him.

Yep never pick a fight with a tattooed guy

She’s lost her APE-- Where are you SAM–?

And she’s have a real cliffhanger of a day! 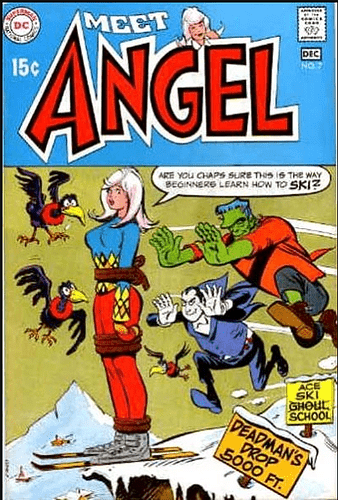 I just purchased a copy of that from the local store’s $5 60’s bunch.