The Ultimate Guide to Batman

I rarely buy magazines these days but I went ahead and bought Hollywood Story The Ultimate Guide to Batman yesterday because I’m a huge Batman fan. I was just lucky that the store I went to typically doesn’t remove magazines when they’re supposed to so they still had a copy. This was the last one they had so it’s a miracle it was still there. It was a little expensive but it has a decent amount of information about Batman’s history so it was worth every penny. 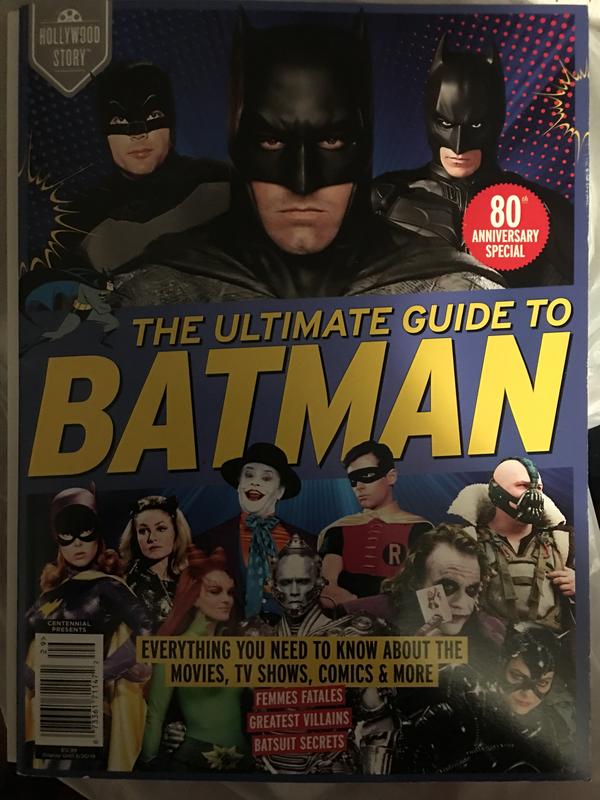 I found it at Walmart earlier this year, and a similarly styled Superman 80th anniversary magazine at Walmart last year.

I hope Centennial Media (the publisher of these) does an 80th anniversary magazine for Wonder Woman in 2021.