The Trench is a horror spin off but do you think they should make this also a movie that expands the DCEU and add in Kaldur (Aqualad), Garth (Tempest) and Tula (Aquagirl) into it. That way it’s a horror but also adds to the DCEU. Tell me what you think and also tell me what you want to see in this movie. 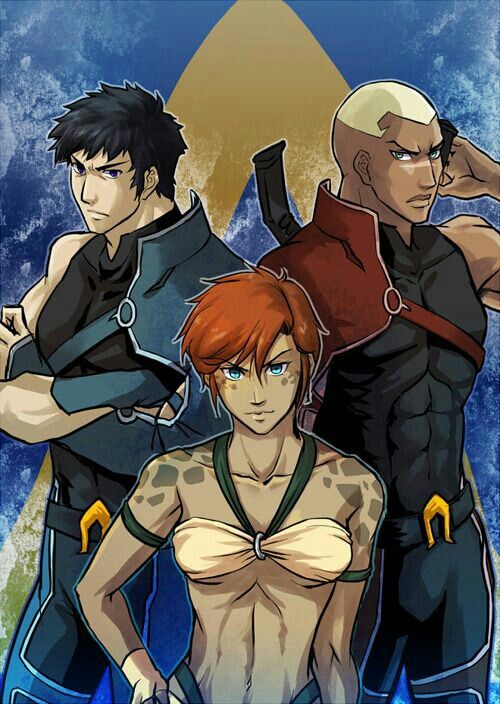 I will Follow Garth, Tula, and Kaldur into the Trench.

I would love that. Given the vicious and grotesque nature of the Trench, I would want a R-rated movie, but we won’t get that. I definitely think the second tier aqua characters would be an awesome prism through which to see this movie.

I think that is a great idea.

I’d definitely like them to tie in some of the Atlanteans we know. Murk and Tula were on a drift squad together in the comics, so they could easily fit together. Garth could be a good introduction to more of the magical elements of Atlantis. If Kaldur were added now, I think he’d have to have a different backstory (like being Black Manta’s half brother or unrelated), which wouldn’t be as satisfying. I’d rather they waited to introduce him after expanding Black Manta’s story and animosity with Arthur.

@Bright Knight. Get out of my head! Lol. Seriously, that was also my first thought on the Trench movie.

I agree. Ambush Bug should have a cameo in all the DC movies.