I do remember that now, thanks!

Just got finished reading the deluxe version of 25th Wedding Anniversary…never read those stories before (believe it or not)…unfortunately, I was not impressed. I think modern comics have spoiled me. I found it very two dimensional…and not a lot of nuance to the characters. And the art was just not up to snuff for such a momentous occasion. I think they really need to redo this someday if they ever reboot back to the beginning again. Disappointing… 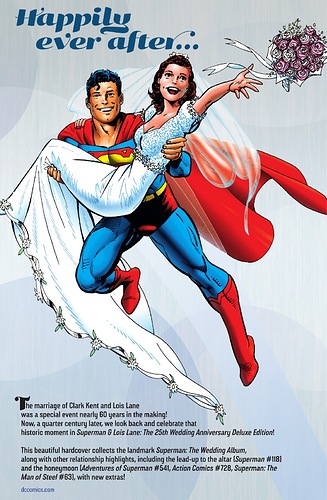 It’s in my pile of unread stuff. Been meaning to get to it because I’m intrigued by that period in Clark & Lois’ lives.

I understand what you’re saying about more recent comics vs older ones. I try to enjoy each writing and art style as a product of its time, while marveling at how they’ve evolved over the decades.

I’ll share my thoughts on The Wedding Album when I get to it. I enjoy 90s Superman though, so have a feeling my take will be somewhat more favorable than yours

I really like The Wedding Album itself. I’m not as big of a fan of the honeymoon storyline, but I will say that the whole book makes a lot more sense in light of the ten years of continuity leading up to it.

I think coloring has changed a ton since the 80s and 90s. That makes a big difference in how a book looks. By the wedding, most of my favorite artists from this era of Superman had moved on, so it was cool to see them in the wedding itself, but again the honeymoon was not my favorite artists.

I’m a big fan of Unchained. It doesn’t make my top 10, but I really liked Scott Snyder’s take on Supes. I also really loved Superman in Snyder’s Justice League, particularly the sixth dimension storyline. Have you read that?

Thanks for your thoughts!

I share your concerns about a period piece movie. It could be really cool, but I hope it’s not the result of thinking a good modern-day Superman film can’t be done.

Whatever a person might think about Zack Snyder’s Superman movies, he definitely went with a powered up character. I thought the visuals were fantastic. I hope a future film will continue to break new ground visually.

Personally, I’m just hoping for an optimistic Superman that stands up for the little guy.

I agree on the visuals in the Snyder movies. They’re some of my favorite movies, despite their flaws.

Honestly, I think Hollywood overthinks it when it comes to Superman. Superman Returns tried to replicate the Reeve movies, which of course drew unfair comparisons. Snyder indulged a bit too much in his original approach; which alienated many fans.

I think Superman & Lois has it right. Original stories that take inspiration from the comics, without veering off from who we know Superman to be. Dramatic tension without overdoing the somber tones. A likable Clark Kent that lives in the world and maintains relationships with friends and family. A heroic Superman that can be as badass as he is kind. A fleshed out cast of characters surrounding him, along with a fleshed out setting in Smallville. Add the fantastic visuals to all that and you have a recipe for success.

Just take that recipe and apply it to the big screen.
…
…
…
I just realized after I typed all that, that I was overthinking it myself

I haven’t read that yet. I will add it to my list but I have been reading 90s JLA and will probably move into the 80s stuff before I get to the newer stuff.

Let me know your thoughts…I need to go back and read individual issues as some are left out from the time, but I found it rather shallow…of course this is coming from a modern lens…it is a bump up from the Silver Age so I’m not complaining…just want a re-do…that’s not too much to ask for…is it?

It could be the coloring…the Honeymoon was a bit off the rails…but was Lois sure buff!!! It just all seemed kind of tame and uninspired (which is amazing because I remember the hype at the time). I guess it really is a product of its time.

Ok…I am really enjoying Jon being mentored by Dick. I hope this continues. And I hope that DC takes advantage during the JL’s “death” and has Nightwing step forward as the “leader” of the legacy heroes…Taylor is doing a fine job with what he was given. 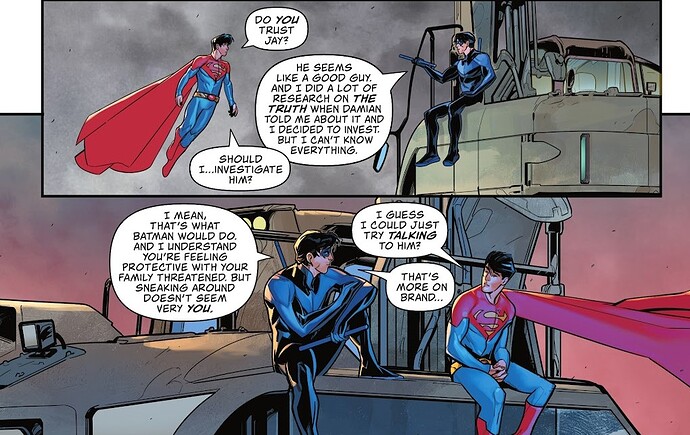 I love, love, love Superman Unchained. Its absolutely, and unquestionably, my favorite New 52 Superman series, and it was the best of the Superbooks that debuted in 2013 to tie into Superman’s 75th anniversary.

This week’s new to retail Super-read: 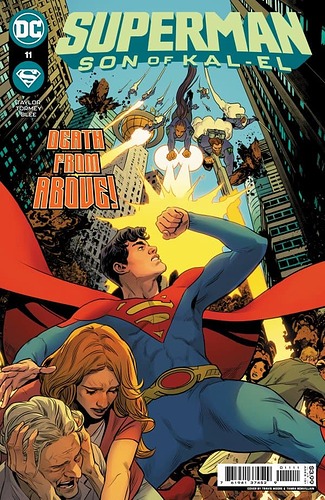 In addition to the regular cover above, I’m hoping to snag this rad variant by Roger Cruz: 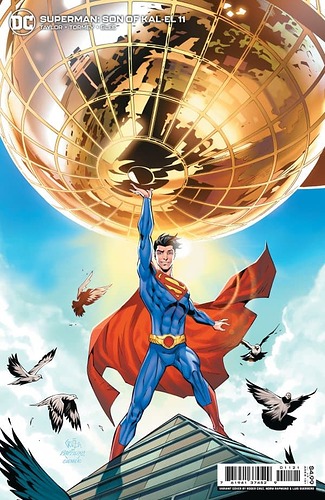 Am I the only one who feels like the Death of the JL feels like a bit of a 90’s legacy heroes move? Bit of déjà vu. It’s being handled well enough, but it reminds me of all the Superman “replacements” in 93. Azrael as Batman (I dig it) and Kyle Ryner as GL in 94. I liked it fine then. Like it fine now. Just an observation.

According the Williamson, that’s seemingly on purpose, being that this year is the 30th anniversary of The Death of Superman, which inspired The Death of the Justice League.

It’d be interesting to see four different Leagues pop up to try and replace the real deal, only to have the League come back in triumphant fashion to kick some ass.

Ahhh. Forgot about that. This Christmas does make it 30 years.

…but, it will have to wait until later on.

'Sides, if I forget, I can come back to this post and I’ll remember it.

Its a good idea though, let me tell you. 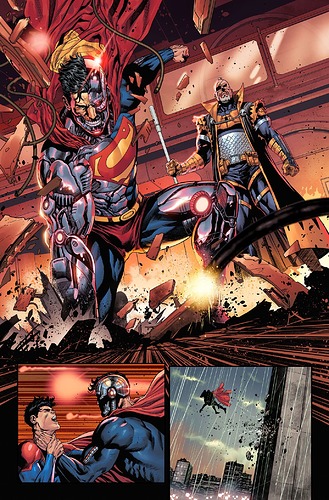 He always was so grumpy. One of my favorite villains though. The original Hank Henshaw story is kinda heartbreaking.

I really like him. My first real exposure to him was through Green Lantern comics. He works really well as both a Superman villain (obviously) and a GL villain.