to the end of the “Triangle Era”

Much respect! Finishing the Triangle era is one of my current reading projects. I’ve previously read parts of it (Death & Return, Superman Blue/Red). At my current pace though, I feel like I won’t be done with it for a looong time.

Not in Superman/Batman, as it ended a decade ago.

However, I started the Infinite Frontier arc of Batman/Superman when it began and enjoyed it.

I trimmed down my reading list in May, and Batman/Superman was one of the books to go. That was a hard one to drop, but other Superbooks took precedent.

I knew I had it wrong.

I just really really like Gene Luen Yang, and the first issue I read of his Batman/Superman was one of the most visually unique comics I’ve read in a long time. And it served a real story purpose, too.

His Superman output gets continually better and better with each project he takes on.

New Super-Man was not only one of the best titles of the Rebirth era (regardless of property/franchise), but its also one of the best ongoings to star a brand-new character in the last decade.

Visually unique is an understatement. What Ivan Reis did in those issues deserves some kind of award, imo. Playing with the comics medium like that, and building the distinct worlds in a fusion of modern and golden age styles… it was pure joy.

I’ve been reading through the Rebirth era Superman. I wasn’t sure what to expect with New Super-Man, but it instantly became one of my favorite titles.

This is an excellent way to put it. After I read it I wanted to go around to everyone I knew and show it as an example of how amazing comics can be.

Thanks for all the suggestions @moro @vroom and others! Im definitely interested in that Superman/Batman series. As much as I like an order, its only important so I can rate issues and have a next point to go to…the site Complete Marvel reading order has this and it helps with my brain lol…it also has a DC order but that only is up to mid 40s so anything i read i have to manually rate. (Im a nerd

Anyway, point is, if there wasn’t a large gap, I would just read right through and rate to see how that evolves but since I can’t really do that, I have to jump around a bit and im big on creators i like and dislike (i started reading All star Superman because of Grant Morrison whereas I also skip anything Greg Land calls ‘art’ )

I don’t have an issue with modern comics besides the fact that it becomes too reliant on telling stories for trade consumption and the amount of tie in and crossovers. The golden age and Silver Age don’t have that problem, which is a relief

Now off to read some supes!

I’ll put in another vote for this series as it’s my fav and I re-read it on the regular!

In addition to Superman Adventures and Red Son, Mark Millar also did a few issues in the regular Superman titles with co writer and artist Stuart Immonen. He also wrote Superman: For the Animals. 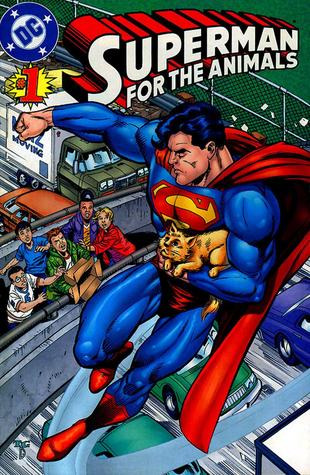 Those you don’t NEED to read, but another Millar “Superman” story not to be missed is Huck from Image Comics. 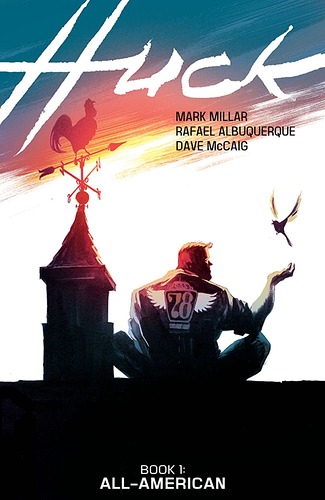 I love Superman/ Batman as well, which is odd considering how I didn’t like Loeb very much in the regular Superman title.

The Archive of Worlds Saga running Batman/ Superman this year was easily the best Superman title of 2021.

So, has anyone checked out this week’s Superman and The Authority #4, yet?

So I Finished Grant Morrison’s All Star Superman Yesterday, more like this morning lol but…

Really good stuff. I’m not sure if I would call it a masterpiece. Whenever I read a story that has multiple parts, im a tough rater cause the beginning and journey can be great but you have to nail ending. Here, I thought the opening 2 issues were excellent for setting up the story, and the countdown was on…but then it hit some bumps in the road for me, don’t think its a too much of a spoiler if you haven’t read it to say that the story veers from the main narrative onto other aspects…some more successful than others (the Olsen story is good, the smallville story works as a nice flashblack Krypto was a nice surprise the bizarro story was less interesting for me, but that’s probably cause i have less connection to Bizarro 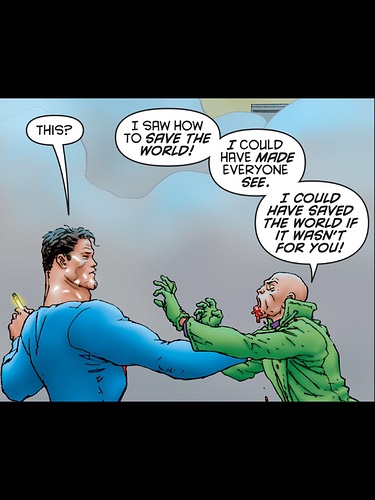 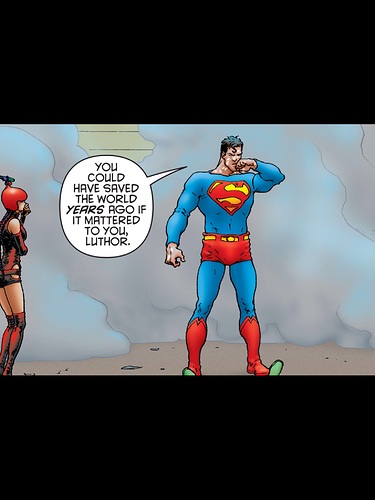 Overall, really enjoyed the experience. I feel like Morrison really captured the best of Superman, there weren’t many slugfests to be had but this story didn’t need that really, Superman used his brain and was able to get out of most situations without significant violence. Also felt like he nailed Clark’s awkwardness and had a nice supporting cast. I liked Lois here but didn’t love the character design by Quitely

After reading the comic, i watched the animated film, and I gotta say towards the end of the film, I was going to say i liked it more than the comic, took everything from the comic but trimmed the fat…two things that were changed…one didn’t bother me, the other kinda did In the comic, Clark doesnt tell Lois he’s dying, the scientist does. In the film, Clark tells Lois before leaving. I liked this better actually. The other change is towards the end, when Supes defeats Lex, in the comic it just ends with Supes telling off Lex. In the film, he does that and Lex agrees, gets good moment before he’s an executed and somehow copies Supes genetic code to give essentially a baby to Lois in the future Didn’t seem to fit imo

Anyway, was an enjoyable read and film…but probably won’t be my all time fave once I read and experience more Supes

another Millar “Superman” story not to be missed is Huck from Image Comics.

This was in a Humble Bundle a while back and now it is on my tablet to read.

I am in the middle of catching up on my comics and tonight has been mainly a Superfamily night. My first thought is how lucky we are to have books by Morrison, King, Taylor, Vendetti, and PKJ…all at once!!! I have not read a bad comic tonight. Furthermore, I am really enjoying how all of the pieces are falling place for what I am sure will be an event in Warworld and I am here for it. 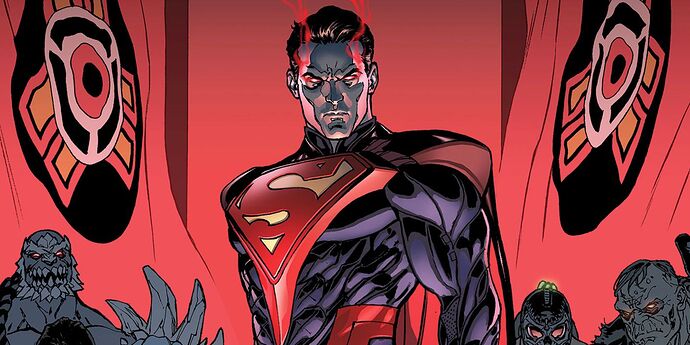 I read Huck last night and enjoyed it. It is definitely a love letter to classic Superman stories. The way he leaps, not flies. How he just wants to help. @CaptainYesterday thanks for the suggestion!

Did you happen to check out the PKJ interview I posted earlier on this topic? He appears to be genuine about his love of comics and his goal with Superman, which literally fell in his lap, is born out of that same mindset.

I’m not sure- I know that every Superman comic I’ve read written by him, and every interview he’s given on the subject tells me that he 100% gets Superman.

Here is the PKJ interview: 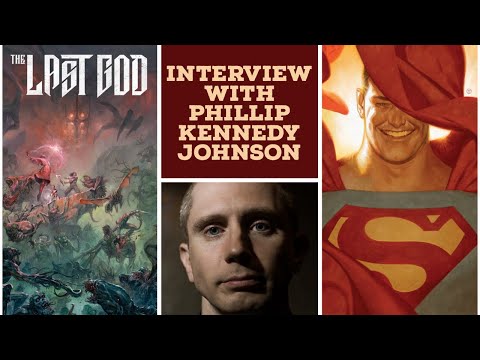 Here is the interview! He talks about a few other comic projects as well as Action Comics and how he ended up with Superman. The way he gets excited about Last God makes me want to buy the book and not read it on here. If it is half as good as the interviewers and PKJ make it sound, I will definitely enjoy it.

Heads up, you can get a free Superman collection on Kindle. This will show up in your Comixology! 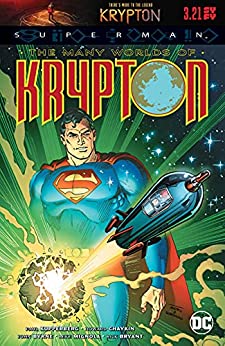 Amazon.com: Superman: The Many Worlds of Krypton: Syfy Custom (The World of...