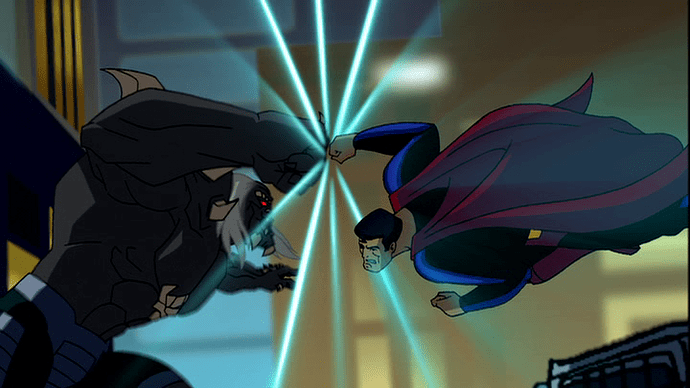 We are not worthy of those 3 seasons of greatness.

The best depiction of Superman onscreen yet. 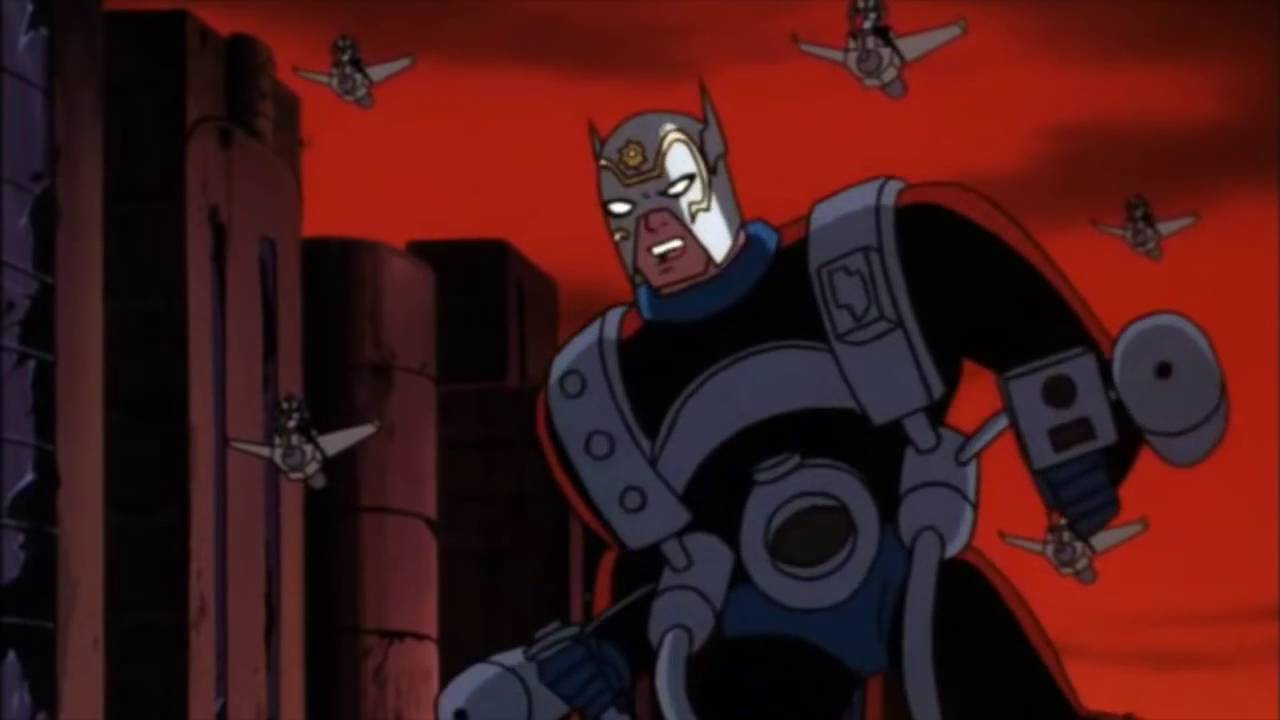 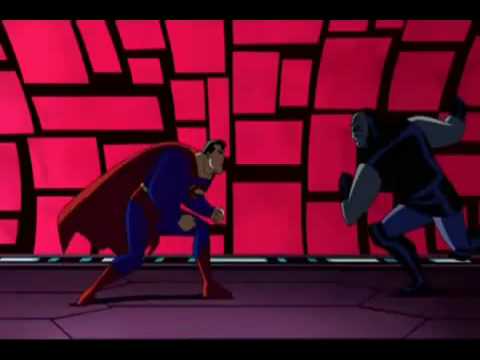 The only time in the DCAU Clark made a case he is the superior fighter, as Darkseid handily won fights 1, 2, and 5. Clark won 3, but Darkseid was clearly the better fighter with Clark getting lucky.

Darkseid was clearly the better fighter with Clark getting lucky.

Agree to disagree there. Anyone can dismiss a loss as “they other guy got lucky”. Superman is the better fighter, hands down. He’s challenged on a daily basis. Darkseid rules Apokolips with an iron fist- no one there would dare strike him.

This an interesting concept to me because, I don’t really think of Superman as a “fighter” per se. He’s obviously extremely powerful, if not the most powerful hero there is, very smart, and has an iron will, especially to defend and stand up for what’s right. Add to that all his extensive experience, and you have a formidable foe when the need arises for a fight. When I think pure “fighter” though, I think Bruce or Diana. Bruce with his knowledge of the martial arts and various other fighting techniques, and Diana being the warrior that she is.

I believe he’ll always look for other options first, but if you start a fight with him he’ll finish it. 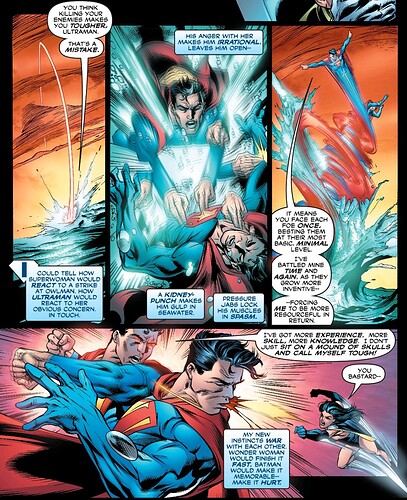 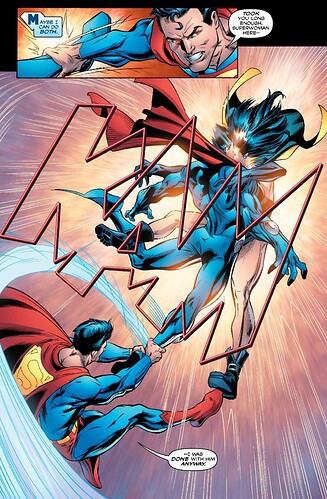 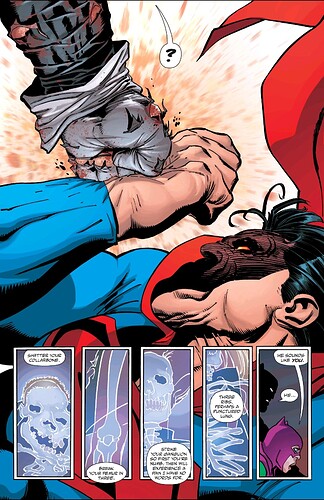 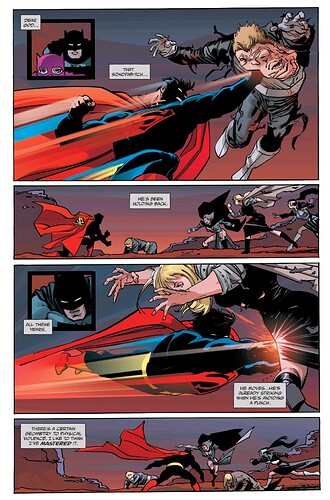 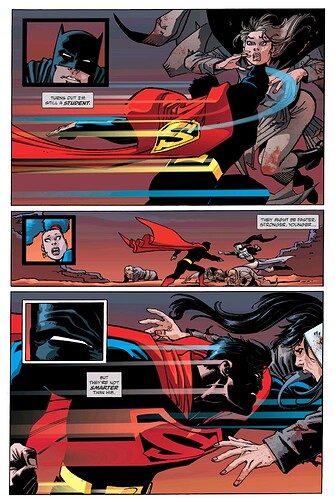 (I love that he was trained to box by Muhammad Ali 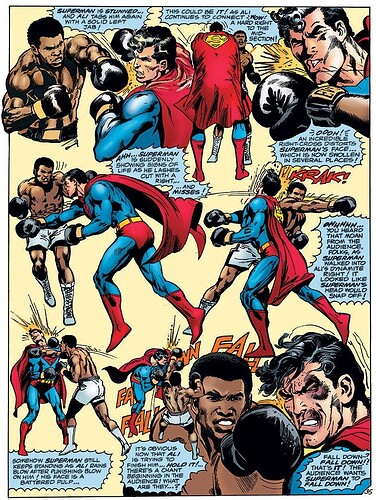 but if you start a fight with him he’ll finish it.

Haven’t read the Muhammad Ali story yet. Need to get on that.

Haven’t read the Muhammad Ali story yet. Need to get on that.

Neal has said it’s his favorite story he’s ever told. I swear up and down it’s where the idea for Space Jam came from.

I grew up with the Curt Swan Superman. That Superman mainly used brains over brawn. He usually thought himself out of trouble. When I think of Superman I think of the super-smart hero who looks for a nonviolent solution before he starts punching people. I also agree that STAS is the best depiction of Superman.

@moro … First of all, LOVE this thread idea, and thought your comments were very well stated.
I’ve been a Superman fanatic my whole life, from when I first put my dad’s white shirt around my neck as a kid, to when I got the full body pajamas, to cosplaying for Halloween in my adult years and watching my kids dress up as their favorite superheroes… Superman truly is my symbol of Hope. And although, I have a ton of superheroes that I love, Superman has a special place in my heart.
I tell my kids all the time, that they should be very thankful for all the superhero movies/tv shows that they have in today’s world, because when I grew up all I had was Saturday morning cartoons “Super-Friends”, the 1978 Superman movie, and then the 1989 Batman movies.
I try to make them understand that it is a genuinely exciting time to be a comic book fan, with all the material we have.
I’m diggin’ this thread @moro 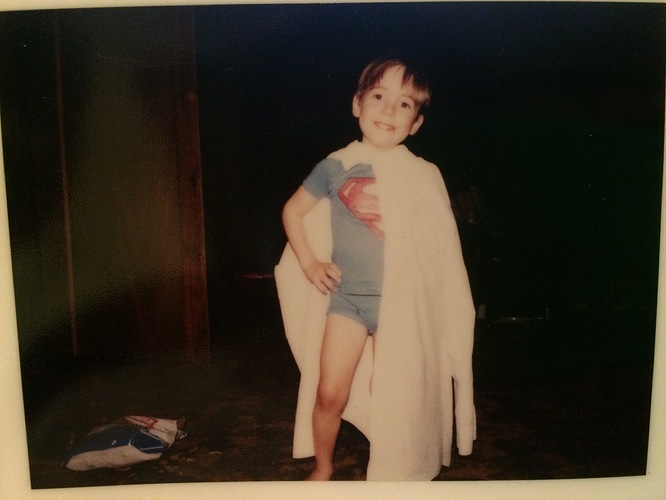 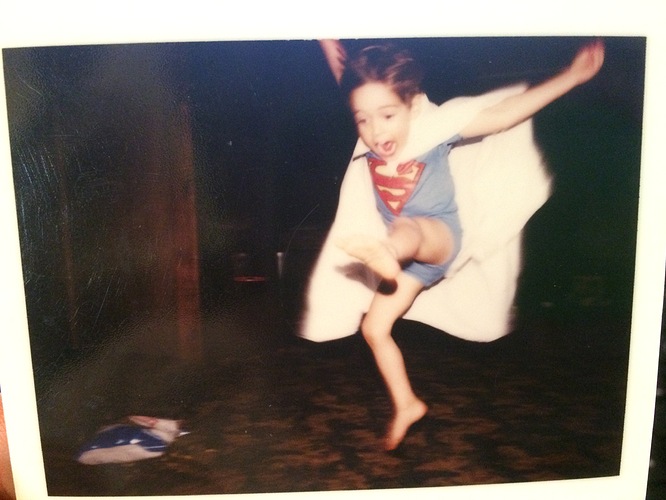 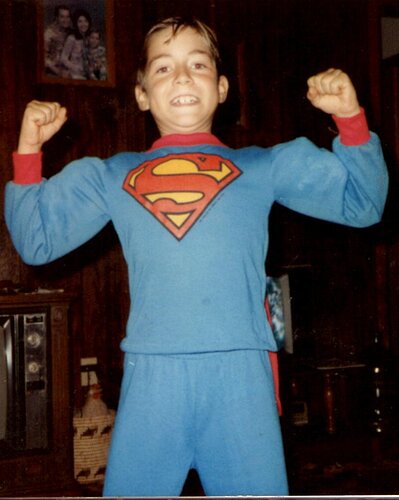 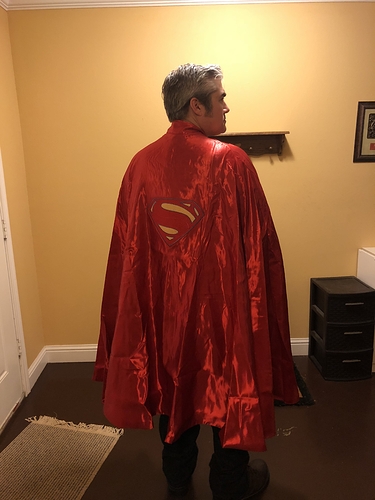 I can never get over Doomsday’s look in this one. He looks like Hulk Hogan crossbred with a rhinoceros

Well look at that handsome little devil! Reminded me of little old me jumping between our couches in the living room pretending I was “flying”. Simpler times

It is truly a heck of a time to be into superheroes and comic books. Funny to think that comic book publishing is a declining industry given how much the art and writing styles have evolved, and how popular the movies and shows are.

Glad you’re enjoying the thread. I felt the need to talk Superman in a more freestyle fashion. Will be sharing more thoughts as they pop in my head, and hope y’all will be doing the same.

How does everyone feel about Superman’s rogues gallery? I feel like they’re underutilized, under appreciated, and vastly underrated.

It’s hard for me to answer that question objectively, since I read both old and new at the same time. I’ve been taking it all in since I started reading in 2011 so the lines of who has been used when are heavily blurred.

Having said that, I do lean more towards introducing new villains vs going back to the same usual suspects (notice the emphasis on lean). I really liked Red Cloud from Bendis’ run for instance, along with the Invisible Mafia. Felt like it kept things fresh. Especially the battles with Red Cloud, where she’d be a literal poof of smoke that Supes couldn’t punch his way through.

Nonetheless, a balance would be nice. Been a while since we’ve seen Metallo, Cyborg Superman, Livewire, Maxima, Silver Banshee, The Eradicator (wait, he showed up recently in Venditti’s Justice League run, which was meh), Mxyzptlk, or even Toyman

. What they all have in common, is they’re actually fun villains to read. I feel like they’re great for shorter story arcs, like they did in early 90s Superman. We’d probably have better luck seeing them in the digital firsts than Phillip Kennedy Johnson’s upcoming run. From his interviews he seems to be building to up to some really big cosmic Superman event (can’t wait) that doesn’t lend itself to these guys.

The great thing about Mxy, is how you can’t read without hearing Gilbert Godfried’s voice. I could use another dose of Microwave Man!

I like them a lot. I’ve been reading my way through post-Crisis Superman starting from The Man of Steel, and one of my favorite things is getting to know the different villains and being excited when they come back and are developed further, like with Metallo and Brainiac.

I mentioned how the other guys are suitable for “smaller” arcs in my earlier comment, but maybe I’m wrong. That’s probably coming from the fact that I’m currently going through 90s Supeman, which featured such arcs (they’re a lot of fun).

Look at Mxyzptlk for instance. His stories (at least the ones I’ve read) are usually silly in nature. Understood it’s part of who the guy is, but he can literally alter reality… that can make for some compelling stories.

Or Maxima… how about a deeper look than “I’ve got the hots for Supes and he won’t give me the time of day”. She has similar powers to Clark’s, and rules a whole planet.

I think the reason they’re a bit underwhelming, is writers tend to focus on their powers, at the expense of exploring their psychological makeup. Part of what makes Batman’s villains so popular is how familiar everyone is with their psyches and motivations (which also applies to the more popular Superman villains, like Luthor, Brainiac, Zod, etc).

You make a lot of good points. I do think a lot of writers just tend to use them for brawls or physical challenges for Superman, and not much else.
I do like Silver Banshee, mostly because of how her sonic powers are a real problem for Superman specifically because he has super-hearing. I think things like that are neat for his villains, rather than just having someone who can punch real hard.

This sort of thread is a good way to better inform my head canon. Most of the Superman I have read is usually in some sort of team, be it Superman/Batman, Trinity, or the Justice League.