Discontinuing “Superman” gives me the feels, and not in a good way. I’m sure they could have brought another writer on to continue the book.

I’m with you. Superman has been published since basically the time Batman was created. Why would DC discontinue the book? I love Jon Kent, but this makes me nervous about DC’s plans for Superman. I’m still not totally over Jurgens and Tomasi/Gleason getting abruptly dumped for Bendis. This doesn’t help me feel better.

That being said, I do love Morrison’s Superman work. While I dislike the basic premise of Injustice (no more evil and/or dictator Supes for this guy), I think Taylor will do a good job with Superman. His take in DCeased was very good in my opinion. I guess we’ll see.

no more evil and/or dictator Supes for this guy)

I respect Red Son. It’s not my favorite though. Same with Kingdom Come. I know a lot of people love both of those. But Superman reconditioning people or building metahuman prisons isn’t for me. I don’t think it’s invalid or anything like that. I’m glad others enjoy these stories. They’re just not my thing.

This new Superman podcast is great. Latest episode is an in depth interview with Phillip Kennedy Johnson about his work on Superman. I really like his vision for the character and look forward to what he has in store. Thanks for the recommendation!

Hey everyone, in case you’re interested we just finished the first Superman/Batman: Public Enemies watch party and it was a blast! We’re starting the next segment for May and thought I’d put it out there if you’d like to join us!

[SupermanBatmanCover] A mysterious girl crash lands in Gotham City Harbor claiming to be Superman’s cousin from Krypton. Is she friend or foe and will she stay that way for long when she is abducted by Darkseid to lead his Female Furies? It’s up to a team of our World’s Finest heroes to retrieve Kara from Apokolips, but is it already too late? From Executive Producer Bruce Timm and voiced by the cast from both hit Batman and Superman animated TV series including Kevin Conroy, Tim Daly and Cla…

Mount Rushmore? I’d have a hard enough time limiting it to a Supreme Court of 9!

Jerry Siegel: Still he deserves to go first. In addition to all the others mentioned, he created Superboy. I agree that he has strong runs in both the Golden and Silver Ages.

Otto Binder: The Silver Age engine who brought so much to the table.

Elliott S! Maggin: Superman’s best writer of the 1970s and the all time greatest writer for Lex Luthor. In addition to the comics he also wrote two excellent novels, Superman: Last Son of Krypton and Miracle Monday.

Dan Jurgens: The key man in the triangle era which had its peak from 1990-1993.
the man just delivered month after month and he was drawing the book too.

Grant Morrison: All-Star, Final Crisis , JLA, Calvin Ellis, he gets the scope of what a Superman story is supposed to be.

Mark Millar: And I don’t think Red Son is his best work! For me, his best work is the twenty issues of Superman Adventures he did. He also gave us Huck.

Geoff Johns: A great run on the Super Books including a new origin and bringing back the Legion.

Kurt Busiek: His run on the Super Books at the same time might even have been better. He also gave us Superman: Secret Identity.

Alan Moore: He didn’t write much, but it was pure gold. His run on Supreme gave us a glimpse of how he’d do Superman monthly.

Mark Waid: JLA, Birthright and Kingdom Come are his resume. He also did my favorite evil Superman story with Irredeemable.

These are some great picks.

I really enjoy Maggin. I’ve never read the novels though. I should track those down.

I love Millar on Superman Adventures. So good.

Totally agree with you on Johns.

I absolutely adore Secret Identity. I really need to get around to reading Busiek’s monthly run.

I considered Moore myself. He didn’t write much officially for the character, but wow did he write some fantastic Superman stories.

I really hope that Waid gets a shot to write an ongoing Superman title in the not-too-distant future.

I knew I’d forget something. The Tiny Titans crew’s work on Superman of Smallville was out of sight.

The Tiny Titans crew’s work on Superman of Smallville was out of sight.

Have you read their Superman Family Adventures and/or the follow up Super Powers? They’re also great.

Read them as they came out, stellar all ages fun.

As my man Mel Mounds once said, “They were rightous, delightous and out of sightous!” 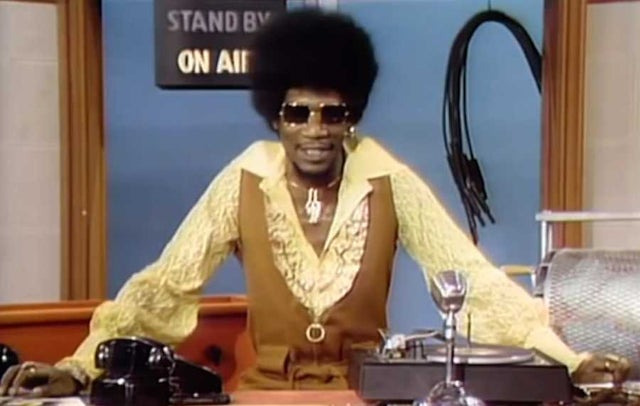 About half way through the first Golden Age omnibus. Have to say, as much as I love the character, these are slow reads for me. While he fights for social justice, Clark is kind of a jerk in these stories, roughing people up and tossing them around willy nilly. Lois isn’t very likable either; treats Clark like crap while fawning over Superman. This is not to mention how simplistic the characterization and dialog feels, after being used to current comics. I understand of course the historical significance of the Golden Age… it’s where comics as we know them started… they are a product of their time. It’s also fascinating to see how long the writing and art have come over the course of 80+ years. What’s funny is, with the right treatment, I can see some of these stories adapted into some good live action or animated period pieces. I will continue reading… albeit very slowly

What’s funny is, with the right treatment, I can see some of these stories adapted into some good live action or animated period pieces

Yea I struggle through even when reading Bronze Age stuff.

So I’m reading from this digital volume: 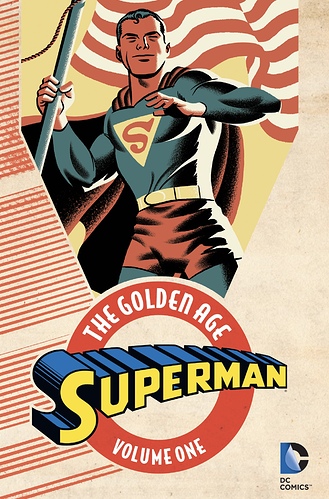 Stories that I feel could make fun adaptations: 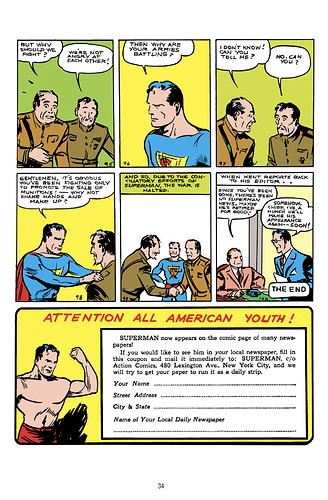 Of course, the dialog and writing would have to be updated to suit a movie or show. But if Hollywood can adapt Dr. Seuss books into feature length movies… I’m sure they can make early Superman stories work

I feel like the one about Clark saving the innocent man is similar to an episode of S:TAS I think it was The Late Mr.Kent? Anyway I wonder if they got the idea from the comics!

Don’t remember that one. Though I’ve watched them all, I definitely don’t have an episode by episode memory of the show like some here do. Wouldn’t surprise me if they took some inspiration from Golden Age comics, especially given how that version of Supes was somewhat powered down compared to other modern takes.

In that episode Clark saves a petty thief who was framed for murder and about to be executed.

If you have HBO Max, definitely seek it out- it’s one of the shows best episodes.

I actually love Golden Age Superman. The art can be rough at times, and the stories certainly aren’t all winners (though at least they wrap up quickly—some things get dragged out too long in modern comics), but I like what Siegel does with OG Supes. I appreciate how much action and movement there is. Superman very rarely stops. I really, really like how important Clark Kent is. As a reporter (and a star reporter at that), Clark is able to get info that Superman can’t. As ridiculous as some of the plots can be, I absolutely love a Superman that steps in to right any wrong that he sees, no matter how big or small. He’ll take on corruption in football or dangerous vehicles as well as stopping thieves and supervillains. He’ll help out average Joes who are down on their luck as well as protecting his city or country.