Ah, Christmas is just around the corner!

What better way to ring in the season of joy, merriment and goodwill to one another than with an R-rated extravaganza of 'splosions, action and all kinds of crazy fun

as only writer/director James Gunn can provide?

The Mission: Gathering with your friends to watch and comment on The Suicide Squad, which makes its return to HBO Max this coming Thursday, December 23rd.

) at 3 PM Pacific Time/6 PM Eastern Time, and we’ll be chattin’ up the flick in this thread.

What to bring: A healthy interest in fun movies, as well as having fun with your friends.

For cleaning up, because you never know when a Squader’s head will suddenly POP!

How to Watch: The Suicide Squad will return for streaming on HBO Max next Thursday, but it is also available on physical and digital home video formats.

However you join the mission, please be sure you’re good to go when its time to push Play.

Whether you’ve seen the flick, or are brand-new to it, all are welcome and I hope to see you in all your Christmas season cheer this coming Thursday, as we cheer on The Suicide Squad! 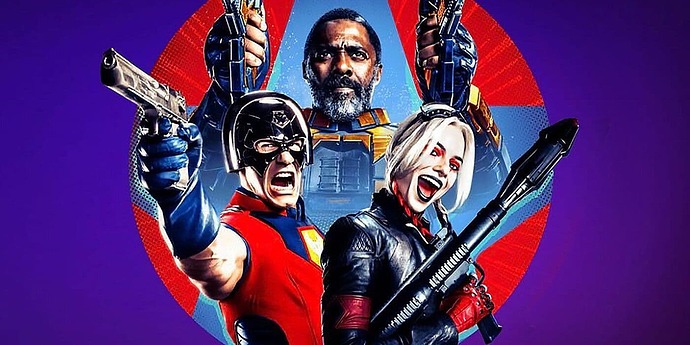 Ah, someone did show up.

I saw no activity/interest in the thread previously (as in the last hour and change), so I wasn’t planning on carrying this out, but sure, we can do it if you want, just LMK.

That’s okay…two won’t be much of a party… thanks for the attempt!

You’re welcome, and thank you for stopping by. There’s always another WAL around the corner.