Alright, I already saw a thread that was spoiler free. But I wanna talk spoilers so I’m gonna make one! Remember to use spoiler tags just in case and from here on out, you’ve been warned. 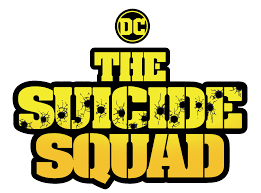 I loved Ratcatcher II. She was awesome and the true hero of the movie!

It was a really fun movie. I knew Peacemaker was gonna survive when I saw that his bomb was still active. Polka-Dot-Man was also hilarious! His death came as a bit of a shock though…

Poor Milton didn’t get the recognition he deserved.

Who TF is Milton?

“He’s been with us the whole time!”

He didn’t have to go but went anyway. A true hero imo

“He’s been with us the whole time!”

“We had a whole… Three hour discussion about how you were Milton!”

When I saw him say that Superhero line in the trailer I knew that was gonna be Polka dot man’s last line. But it was very well done.

RIP Boomerang. I screamed when he died. I knew everyone was gonna die but part of me thought he would be safe. But that last shot of him with his arm and the Boomerang sticking out of the ground was gorgeous and a Comic book cover call out, right? I don’t remember this issue though.

Ratcatcher was great. King Shark too.

Special shout out to the assistant that knocked out Waller and saved the world. She’s my new hero.

I have so many more thought but that’s all I can think of right now. I’m probably going to watch it again this weekend.

Yeah Boomerang was not one that I saw coming. I had heard from a friend that everyone else in that scene was potentially gonna die. But I did not see him going out like that or Flag.

I think the first half was kind of the weakest, where there was just stuff happening and I think it kind of meandered and some of the jokes just didn’t connect with me. But once they get to the base, it REALLY picks up and gets good.

I was very surprised by Peacemaker in this. From the marketing I was worrying that Cena was just going to be doing juvinile humor but in that second half with his “heel turn” he really got a chance to shine. His fight with Flagg was one of the best parts of the movie, and now I’m really curious to see what they’re going to do with him in his own HBO Max show.

with him in his own HBO Max show.

Favorite line of the movie. “We didn’t see anybody out there…”

Honestly, that was one of the bits I didn’t care for much. Like, when it was going on I was thinking, “how the FRICK is no one not hearing any of this? And why is that guy with his

out and wearing a shirt? If you’re going to sleep in the nude, COMMIT.”

And why is that guy with his

out and wearing a shirt? If you’re going to sleep in the nude, COMMIT.”

I honestly missed that…

I watched it on a tiny phone screen.

I loved the Office Space reference

The opening I knew many of them were going to die there. It been my prediction once the cast announcement. But it was still cool. And TDK

Boomers death was sad. Had a feeling he’d be out at the start but was hoping I was wrong. At least he went out with a bang.

The main team comes together and they were great. Enjoyed how they became friends of sorts at the end.

Bloodsport was great. Liked how the mask was used more throughout the movie. Had a feeling it’d be a one and done thing and it is a cool mask. It was great seeing him grow connections and rival Peacemaker. His arsenal was great. The arm bow was awesome™

. Overcoming his fear of rat and saving the world and hopefully getting better acquainted with his daughter.

Ratcatcher 2 was great. She was nice and fun with Sebastian. Sad origin but was cool to see the rat horde at the end. And being friends with King Shark was sweet too.

Peacemaker who I thought would be just comedy the whole time was not. Cool action and a nice heel turn from him. Cena finally went heel

. But very cool scenes with him. Definitely hyped me up for the show.

Polkadot Man interesting origin. Sad and seeing his mom was something

. But cool he hit the one heroic moment he wanted be sadly dying.

Harley was Harley. Off on her own adventure learning from Mr. J and had a very awesome™

action scene. Her and Flags friendship was great. Her with javelin was great. Just some with Harley. Also funny how she pretty much barley knew anyone but Flag the whole movie

Flag was great. Just his usual military leader self. Doing the Jon but with a heart. And had enough of Waller finally. Sad it lead to his end but he went down doing something good.

The villains of Corto Maltese (probably butchered that

) seemed like your standard evil foreign military but they were good for what they were. Fell to the resistance and all which was cool.

Thinker didn’t do much power wise but was cool and played well.

. Looked cool. Powers done great. Just very nice to see him in a movie. Never thought we’d see the day. (Was kind of hoping for a Jarro cameo at the post credits

And Waller. Evil as usual. Finish her job at all costs. The one who clubbed her is a true hero.

The post credits with weasel was fun. And Peacmaker’s was a surprise. Expected his show to be a prequel but guess it’s not. Interesting​

The he e music and visual in the movie were amazing. Just very well done. 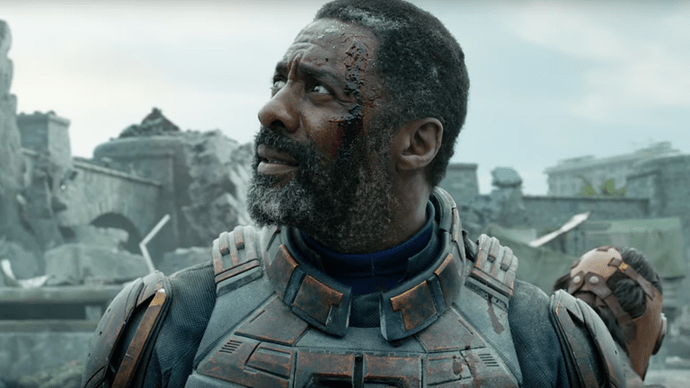 The “Harley vision” during her escape scene was great. Definitely seems like they were paying a little homage to the glitter bomb sequence in BOP. I want to see more Harley vision!

Glad they chose Bloodsport as main character, and hopes it leads to more DC movies with random, rarely-used characters as the focus. It frees them from expectations.

The tone they went for in this film was perfect for the Suicide Squad. Such a turn from the first film and so much better. I’ll probably watch this again at some point, and that’s saying a lot since I rarely watch superhero movies more than once these days.