The Story of Purim, As Told by DC's Women of Valor 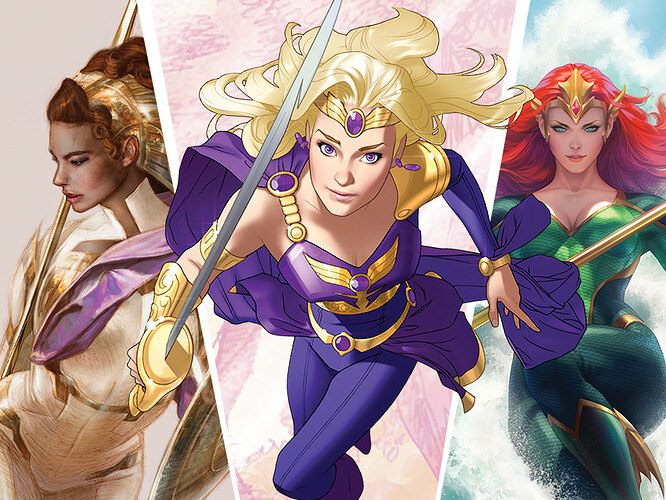 Today, the thirteenth day of the month of Adar, marks one of the most joyous occasions on the Jewish calendar. Today we recognize the holiday of Purim, a celebration of the persistent survival of the Jewish people despite overwhelming historical odds—and, specifically, the valor of Queen Esther, who in ancient Persia captured the heart of a king and exposed a vile enemy to save her people from certain doom. Purim may not get the widespread cultural recognition of Hanukkah, Passover or Rosh HaShanah, but as we commemorate the heroes who have scaled the dizzying heights of social status to provide a voice for their downtrodden people, we can also look to the royal women throughout the DC Universe in whom shades of Esther can be recognized. As superheroes have risen to become our own modern mythology, here are five queens of the comics who each carry with them a chapter or two from the Book of Esther. 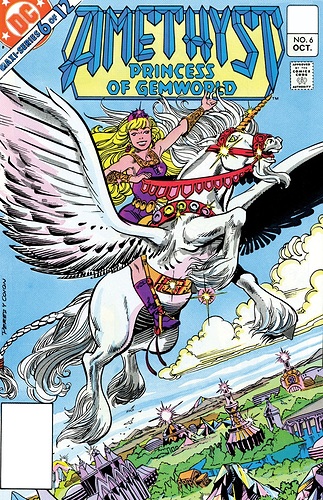 So many of the great stories throughout human history and culture begin with a hero of humble origins assuming a grand destiny. In the story of Purim, Esther, the young niece of a Jewish scholar during a period of exile from their homeland, is drafted into a competition to become the bride of King Ahasuerus. It wasn’t the life that Esther ever imagined for herself, but one she took to nevertheless by winning over the royal palace with her charm and grace.

Such is also the story of Amy Winston, an average suburban high schooler who discovers she is truly the magically empowered princess of a lost kingdom, from which she too was banished. But despite initial misgivings, Amy quickly assumes her fated role as Princess Amethyst, ushering in a new age of light and prosperity for the magical Gemworld.

To learn more about Purim, head over to DC Comics!

Are you celebrating Purim? Let us know in the comments!