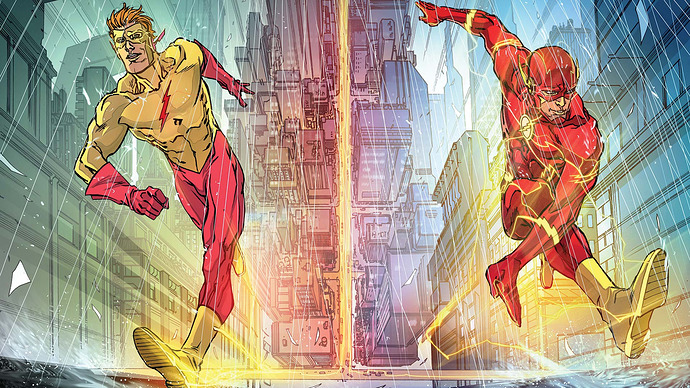 This is such a cool idea. I’m in as well.

I used to run a lot a couple years ago but I’ve been having ankle problems so I have been doing some cycling on the exercise bikes at the gym instead. Hopefully I can get back to running eventually but I am enjoying biking.

I’m not training for anything specific. I just like to workout a little bit and keep my body moving. I feel like I’m not in the best shape I could be in so I just want to be better than I am right now.

It sounds corny but it’s the only answer I have.

Thanks for doing this group! This is a fun idea!

This is such a cool idea. I’m in as well.

Welcome, welcome, and thanks!

I just like to workout a little bit and keep my body moving. I feel like I’m not in the best shape I could be in so I just want to be better than I am right now.

It sounds corny but it’s the only answer I have.

That’s a perfect answer. I’m in a similar state myself, trying to rebuild a habit I lost a few several years ago now thanks to Hurricane Sandy and a trail run turned ankle. I used to be in “always on” marathon shape and now struggle to complete a 10k. I’m taking every chance I can to trick myself in to rebuilding habits.

One of the things we need to figure out is “bike equivalencies” - from what I’ve read it’s not really straightforward because everyone’s level of effort is different, but there’s a loose “time spent moving” equivalency. Trying to fudge that in to a “how to log it” makes me think a loose x4.8ish (rounded) would work. So a 5k run would be a 15 mile bike ride, a 10k run would be a 30 miler, a half marathon would be a 60 mile ride, and a full would be a 120 miler? Does that sounds reasonable, or crazy?

That’s about right, obviously a slow easy bike ride is different, but then you’re active longer. Close enough I say.

I’ve been looking forward to this club, so it’s great that it’s finally here! Now I can get two hobbies on one forum.

I started running on January 1st, 2006 while I was in my mid-thirties because after years of focusing on strength training my health was not the best. I started with an almost half mile run that damn near killed me, but I kept at it. It took me until May to get my first 5 mile run, at which point I began thinking about running a marathon because I am a total idiot (I can see that now, looking back over the years).

Finished the New Hampshire marathon in September. From there things just got more ridiculous and I started chasing marathons. One marathon also had a 24 hour race. I finished my race, went home, got a full night’s sleep, got up, and was putting around the next day thinking “they’re still out there running”. Can you guess where this is going?

So in 2009 I finished my first Ultramarathon. It was a trail 50k. I had never run trails. It was a highly technical course with noticeable elevation gain. I got lost and ended up running an extra three miles. It took me almost ten hours. It was so horrible that it is one of my fondest memories. I was hooked.

I met a bunch of ultrarunners and we started running races together. A lot. You ever meet a group of people and have something you really love in common? Like maybe, say, comics? Yeah, it was like that. We encouraged each other and helped each other and it was just amazing.

Until it wasn’t. A few of my friends got injured and dropped away, then a few more, then me. It wasn’t necessarily just the running as I was still doing stupid things in the gym (there is no such thing as a powerlifting ultrarunner, at least not for long), so one discectomy later I was out of the game. It was 2014. It was sad.

Until last year, when after six years out of the game, I felt good enough to start up again. I’ve been strictly running no more than three times per week, with a weekend long run of no more than 10-15 miles. My only goal now is to keep running. I have a running partner that I ran ultras with. She and I are the only ones of our running gang left out there (except for one guy who’s almost 70 and still out there running 100 milers, but he is one of a kind).

So I am excited to have a running club here. It’s great to have other runners to talk to. I found with trail runners that everyone was super supportive of each other and the positive vibes were great and I am hoping we can capture some of that energy here.

And that’s probably enough rambling for now. I guess I’ve been holding a lot of stuff in and needed to share. Thanks for listening.

It’s funny you say this- I did some rides for charity and I felt after the century ride that it felt like a marathon in effort. The real difference I found is that the day after a century felt much better than the day after a marathon. Similar level of effort, but no comparison on recovery.

I’ve always ran. I don’t remember not running, even as a kid I would go for a run. I ran track in high school, played football but really should have ran cross country. The Army makes you run, but I did it even when they didn’t. I’ve run 10K s around the US, Germany, Japan and Korea.

Yeah, the ultrarunning community definitely is out there. I never felt so at home.

I was always active, but I focused mostly on strength training. I even joined an amateur strongman club. I was a mover for about five years so it was like cardio since there are so many 3 story apartments around here with no elevators.

I love how structured your running plan is. With your body used to that training schedule I would think injury is less likely than someone who is doing weekend long runs and maybe not recovering as well. And 1,000 miles per year is a great goal.

putting around the next day thinking “they’re still out there running”. Can you guess where this is going?

Haha, yes, I think I guessed almost exactly where that was running. Timing-wise, I was about to ask you if you’re a buddy of mine hiding behind a screen name.

(You don’t live in Redwood City and have a wife named for a comic book character, do you?) Every ultrarunner I’ve met has been the kindest person ever.

Great to have you on board!

This sounds reasonable to me? I’ll do some research on it to be sure. But I definitely don’t mind doing something like that instead of running for now.

Injury prevention is how I got where I am. No longs, no speed work anymore, just steady moderate miles.

(You don’t live in Redwood City and have a wife named for a comic book character, do you?)

Nope, I live in New Hampshire and have a wife named after Carrie Nation, who used to take an axe to smash bars for the Temperance movement. 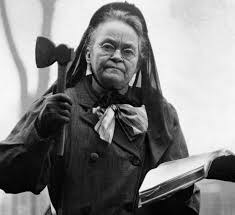 Hi! I never really liked running as a kid because “you dont have asthma you’re just lazy”, so it took a long time to get over this as an adult (with the help of my new bff, my inhaler)

I’m mostly a rock climber but I was bedridden for 2 months this year because of a surgery and I have a treadmill at home so I decided to give it a shot! I need to build my cardio back up because I get winded if i climb 2 flights of stairs so for now im mostly walking, but i want to build up to jogging and eventually running so i can go back to how i was a few years ago

I live in New Hampshire and have a wife named after Carrie Nation, who used to take an axe to smash bars for the Temperance movement.

Haha, that’s even better! My wife grew up in NH and we lived there in NH back in 2000-2005 - still have friends and family all up and down the Merrimack.

I need to build my cardio back up because I get winded if i climb 2 flights of stairs so for now im mostly walking, but i want to build up to jogging and eventually running so i can go back to how i was a few years ago

Oh, I know that feel! Welcome! Hope the club will help you get where you want to be! (And hooray for inhalers! My wife has exercise induced asthma - the day she got diagnosed and prescribed an inhaler was like being reborn!)

I have asthma also, since I was a wee lad. Growing up my Doctors told my parents to keep me indoors and not let me exercise, which probably just made it worse. When I started running I would wear a dust mask and that seemed to help, especially with cold-induced asthma. Over the years my lungs have gotten stronger and less reactive so now I don’t need an inhaler anymore!

Well, welcome to July. It’s great to have so many “day one” joiners, and I’m hoping we’ll pick up a few more. Just wanted to drop a few links to let you know what’s rolled out so far, and get some feedback on what else you’d like to see:

I already signed up for the Justice League series, but I’d be up for a team.

Since we are now a formalized club, I can certainly migrate over here. I’ve already registered also, but don’t mind joining the team. I’ve only been running consistently for about 3 years, and started late 30’s I really got into collecting medals last year during the lockdown and soo many virtual races started popping up. I’m looking forward to getting out and doing some live events.