The Sandman Universe Coming to An End? 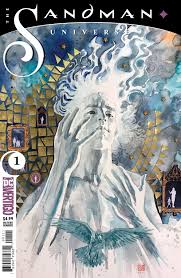 I have desired to make this post for a while now, however, I have intentionally held off in hopes of new information being released. Does anyone else fear for the longevity of the Sandman Universe? Within the last year all four flagship titles have been cancelled. Personally I believe that these lines of books have been the best offering to come from modern DC comics.
The Dreaming provided an adult sense of humor and to a childlike fantasy world.
Lucifer finally made the DC comics Devil absolutely horrifying while remaining true to the character Mike Carey established.
Books of Magic was a worthy sequel to Gaimans original story that paid tribute to classic kids of the 90s.
Hellblazer reestablished the original series cynical tone while also directly continuing from the classic series.
House of Whispers contained words and pictures just like a comic book

The Sandman Universe went from having Five ongoing books to One.
The four flagship titles were all cancelled within Six Months.
DC has stopped publishing under the Vertigo title.
Hellblazer may still be going, but for how long?
The Dreaming Sequel will be a limited series.
Locke and Key most likely will be very short to keep in line with the other books in the series.

It seems as if Locke and Key will be the end of the Sandman Universe. Perhaps its best to leave us wanting more. I just hope I am wrong. Are there any other fans out there? Have I missed anything? If buy chance your on the verge of picking up these books, please do (not house of whispers tho) they are in fact very beginner friendly and you wont be disappointed.

I don’t believe the Sandman Universe will ever end for good. The characters are so versatile and interesting and that world and it’s story possibilities are so limitless that even when a series ends, it’s not dead for good. It’s simply resting until someone comes along to wake it up and invite us all back into the Dreaming.

Totally with you guys! It does seem as though the Sandman Universe is slowly backing into extinction. While it is true that all good things must come to an end, I don’t want to have to even think about saying “goodbye for now”. (Although, obviously, I have been thinking about it.) I’ve loved everything about the Sandman Universe! I so agree with @TheHellblazer & highly recommend the books to any who have not read them. They’re soooo worth the investment. The art and imagery alone is beyond amazing! 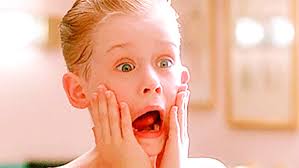 I’ve been collecting all of Black Label and when I heard The Sandman Universe was going to Black Label, I thought I would give it a try. I even got a Comixology subscription so I could read the books. I read the first two issues of House of Whispers (Sorry

@TheTerribleToyman. I was stationed in New Orleans so I can relate to it’s weirdness, strange imagery, and mysticism) and got hooked. Wow, I certainly hope they continue this corner of the DCU. I love the Cain and Abel arguements, Phantom Stranger appearances, and all the weird surreal elements. And I’m just barely getting started.

I’ll be honest. The books did not sell well AT ALL. They were excellent, but I especially with so many cancellations occuring in October, I think the plan was to end them for a relaunch for whatever 5g was.