This show was one of two Superman oriented TV shows (and the best of the two IMO) that debuted in 1988 to commemorate the Man of Steel’s 50th anniversary. The other was Superboy, which aired in syndication and was later renamed The Adventures of Superboy in its later seasons. Both began airing right smack in the sweet spot of John Byrne’s (and other talents) fabled tenure on the Superman comics.

-Beau Weaver (Clark/Superman)
-Ginny McSwain (Lois, Ursa and Faora; in addition to those roles, she was also the series’ voice director, a position she later served on The Batman)
-Tress MacNeille (Martha Kent, as well as multiple roles on The Simpsons, and Dot Warner on Animaniacs, among a legion of other gigs)
-Alan Oppenheimer (Jonathan Kent; in addition to that, he also voiced Skeletor and Man-At-Arms (among others) on He-Man and the Masters of The Universe and the voice of Falkor in The Neverending Story)
-Rene Auberjonois (General Zod; also Odo on Star Trek: Deep Space Nine, with roles on Batman: The Animated Series, Justice League Unlimited and Young Justice, among other shows)
-Chris Latta (assorted roles; Cobra Commander on G.I. Joe and Starscream on Transformers)
-Nancy Cartwright (assorted roles; also the voice of Bart Simpson)
-Frank Welker (again, assorted voices; also Darkseid on Super Friends, Klaw on Inspector Gadget, Ray Stantz, Slimer and the Boogeyman (among others) on The Real Ghostbusters and Megatron on Transformers, among a galaxy of many roles on other shows and in movies as well)

Comic book legend Marv Wolfman served as the show’s Story Editor in addition to being a principal writer for the series (while also writing The Adventures of Superman comic book at the same time) along with comic alum Steve Gerber and comic legend Gil Kane served as the principal character designer.

As good as this series was, it had a short run at 13 episodes. Each episode opened to a variation of the John Williams Superman theme and consisted of two parts: a main story set in the present starring Superman, and one afterward that was set in Clark’s youth and showcased a story from the Kent family album.

Have you seen the Ruby Spears Superman series? If so, what do you think of it? If you haven’t seen it, would you like to see it come to DC Universe so that you can see what the hubbub is about?

Let’s discuss this fun show that remains the only animated Superman TV series that has yet to find its proper home on DC Universe (hopefully it will in the near future).

I remember watching it when I was a child, and being very excited to watch each episode. There’s an image of a big giant Gorilla, a la King Kong, stuck in my head for some reason. Hopefully that was one of the episodes, otherwise I’m getting too old. Somehow though, I don’t remember it being on TV as often as the other shows I watched at the time (Transformers, Duck Tales, etc). Like in my little mind, when Superman was on TV, it was an event! Fast-forward 30 years later, and it remains one of those things that I’ve been meaning to revisit, but never have. Would love to see it on DCU.

…as often as the other shows…

@moro There’s a gorilla-esque creature climbing the Daily Planet in the opening of the show.

I was surprised to see S.T.A.R. Labs in this series. It was very on top of the goings-on in the comics.

One would like to assume that the ape so depicted was Titano. This was a great show, but like so many other shows, it fell victim to the plague of Muppet babies. No, I’m not hating on the Muppet Babies-- but rather commenting on dull-witted Network executives who cancelled strongly-rated, well-received shows because of a “high” per episode budget-- that they approved in the first place. Muppet Babies was top of the Saturday Morning Nielsen’s for a long time-- and overall, cost very little per episode-- though the licensing fee way up towards the end.

I thought it was Titano too, but the face looked more alien than gorilla to me.

Too bad there wasn’t merchandise for this series. The Toy Biz Lex Luthor figure (that inadvertently pops himself in the head via his punching action) is dressed similar to how Lex was in this show, but that’s the closest thing there’s been.

I was a HUGE fan of this series when it first aired. It only lasted one season but I fondly remember being five years old waking up on Saturday mornings, putting the TV on channel 2 and waiting for Superman to come on. I loved the intro and the episodes themselves, but my favorite was the Superman Family Album segments. They were short but they had so much heart.

My biggest wish is that they release the score to this. Right now the only way you can get it is to buy that expensive box set of the scores to the four Reeve’s films. I don’t have that much money to plunk down on a luxury like that, especially when I’m only looking for the CD with the music to the cartoon. Here’s hoping one day La La Land Records or Intrada can get the rights to release this, because I would love to have the music from this.

That’s neat that the score is available. Even if it is in an expensive set, it’s nice to see it get acknowledged.

I have it on DVD, it’s a great animation series that’s based on Christopher Reeve Superman series. It would be nice to see it on here.

I would love to see it here. One can hope.
The best animated Superman since Fliesher.

Like so much animated DC series over the years, it all comes down to maximizing profits.

Thankfully those are here and they’re the WB remasters from 2006, though the thumbnail is the artwork from their standalone DVD release a few years later (2008 if memory serves).

I bought this on Amazon prime video a few weeks ago, I am only in the first episode but my first takeaway is how close this is to the Byrne comics. The animation is excellent. As much as I enjoy B:TAS and S:TAS, Ruby Spears Superman features the animation style I live for. If you haven’t seen this the best way to describe it is a step above He-Man and She-Ra, which I enjoy a lot as well. The voice acting is superb and this overall one of the better Superman cartoons.

I was a big fan of the Donner movie as a child, and I loved this show when it came out. I was glad when it was released on DVD.

Hey everyone!!! Ruby-Spears Superman is on TubiTV to watch for free!!! 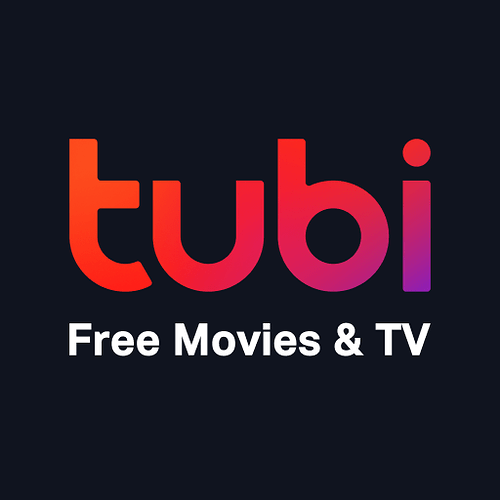 They also have the Batman cartoon from 1968 but I do not suggest watching it in a dark room. Holy red and blue strobe light Batman!

An update: thanks to saving up some money, I was able to get the box set in the summer that had the Ruby Spears score. It’s amazing and brought back so many memories.

This is a series that I wished had stayed around. I had hoped we would get a Batman episode as we did with Wonder Woman But no such luck (I wonder if the fact that Batman was coming out the following year in theaters was why he never appeared on Ruby-Spears Superman…A Bat Embargo?)
I got the soundtrack set when it came out and immediately ripped it all into my computer. Sadly the discs were lost in a move.
I actually like the original opening music without the Williams elements shoved into it and It’s become my temp track for Booster Gold: the Series (replacing Quantum Leap)

I’ve often wondered how Batman would’ve been in this version. Would they have taken elements from Byrne’s run and make him a little standoff-ish towards Superman? I don’t think it would’ve been on the level of Byrne because, well, this is a Saturday morning cartoon after all, but still fun to imagine.

Also, with a second season, I wonder if they would’ve kept the Superman Family Album segments, filling in more gaps with the Kents over the years. I loved those segments.