I love all of the animated series here, but you know what show I really hope they are able to put up one day? The Ruby Spears Superman!

I was five when this came out and I distinctly remember waking up early on Saturday mornings and turning to CBS to watch this. I loved that Superman looked like my Super Powers action figure and how he looked in the comics. I guess having Gil Kane do your designs doesn’t hurt. And I loved that intro. Like many cartoons at the time, they put the best animation into the intro, and with bits of the John Williams theme mixed with their theme, it made me want to keep watching. I wish they could have gotten a second season.

The show is very much of its time. It’s not going to blow your mind story-wise. But it had a certain charm to it, particularly the Superman Family Album segments. There was something special about seeing Clark at certain points growing up that was both heartwarming and funny. And the score during those segments! Ron Jones did an amazing job on this and I hope one day I’ll be able to buy a copy of the score (without spending a hundred plus dollars on the Superman CD box set it was included with)

Fingers crossed that one day this fun series makes it to DC Universe. 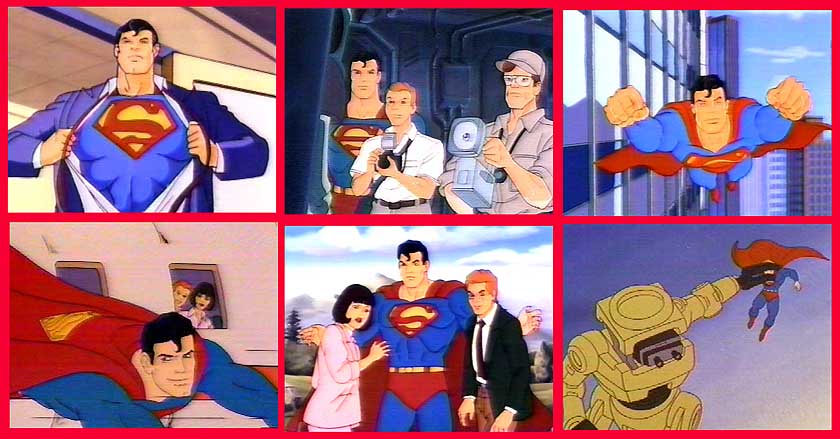 I was just looking today to see if this show was on here. Totally agree with you on how great this show was. I loved the animation!

Agreed! An underrated gem. I hope it makes its way home someday.

Fingers crossed that we’ll get it eventually. To be honest I’m surprised/grateful we have all the seasons of the Superboy show on here, which came out around the same time.

It would be fun to revisit. Michael Bell’s Lex was surprisingly good. I appreciated it more when I got older because it was the first depiction of the corrupt business man Lex (not totally accurate to the comics, but it was still good) When I was a kid all I could think was “He sounds like Duke from G.I.Joe!”

Ruby Spears Superman is definitely the best Superman related TV show to come from his 50th anniversary celebration (no offense to Superboy or Stacy Haiduk).

@Vroom I forgot to mention Wolfman’s involvement with the series! Thank you for reminding me. And imagine if they put up the 50th Anniversary special hosted by Dana Carvey? That would be fantastic.

I did not know of Mr. Carvey’s involvement in that special (as I’ve not seen it).

My first thought was that of Church Lady from SNL: “Well, isn’t that special!”

Myself and others have been petitioning for this for awhile now. Good ol AppleJack says there dealing with legal issues to get it on here. I have no doubt that once those i’s and t’s are dotted and crossed that underrated baby will be here for our viewing pleasure.

It would be amazing if that happened

Would love to see that on here! Such an awesome series that followed the Byrne-era

I definitely hope it finds it’s way here. A less talked about animated DC series then some, but a very well done one especially for the time. It was also the first Superman adaption to draw heavily from the Post Crisis Superman which I think makes it somewhat important to the characters history.

Am I the only one that gets vibes from the Ruby Spears Superman Theme when I listen to parts of the new SHAZAM! soundtrack?