[Fallon] Smythe stars as Harper Row. Described as streetwise, acerbic and often underestimated, the blue-haired bisexual is a gifted engineer who can fix anything. But what Harper wants most of all is to repair the broken lives of her and her brother, Cullen, the only person she trusts.

[Tyler] DiChiara stars as Cullen Row. After years of hiding his true self from an abusive parent, the transgender teen is tired of being polite and agreeable. Clever and adept at reading human nature, Cullen is ready to fight his own battles. 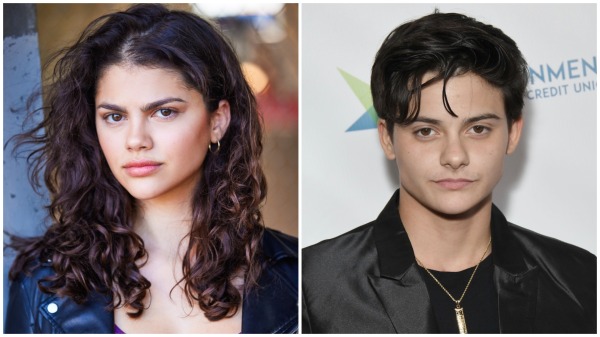 The “Gotham Knights” pilot at The CW has cast both Fallon Smythe and Tyler DiChiara as series regulars, Variety has learned exclusively. Smythe and DiChiara are the first announced cast…

Cool to see these characters get some spotlight in live-action. I’m not completely sure what this series will be, but I’m willing to give it a shot.

I didn’t totally realize this show was a thing. I’m paying attention now.

Out of curiosity, is Cullen transgender for the show, or is this based on some recent development in the comics?

I gotta be honest, I was skeptical about hearing a “Gotham Knights” show because it felt like it was catching on the hype wagon with the game (despite the fact that it hasn’t been released yet, or even if the two aren’t connected they still feel like it), and of course, there’s always those internet rumors which doesn’t promise confirmation.

But… I think I’m starting to come around, or at least feeling a little more hopeful. I do hope that this will be a Batfamily show, not just because I want it (mmmm… Jason), but I think that a lot of others do as well, especially since there’s a lot of Batfam characters in Titans. It would be a nice place for them to go; maybe a nice compromise for Batfamily fans and those that are not? Maybe everyone could finally be happy? I hope so. I want this to go somewhere and do well.

Unless I missed something in the comics, I believe this is a change to his character for the show