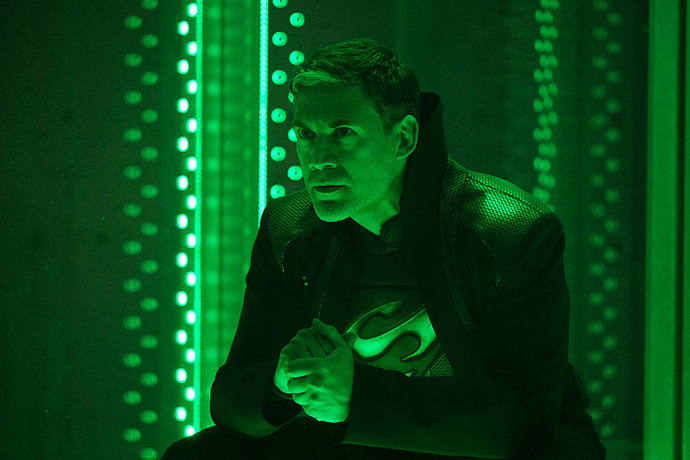 Last season on Superman & Lois , Morgan Edge—who was eventually revealed to be Superman’s Kryptonian half-brother, Tal-Rho—shook Smallville to its very core, forcing the city’s residents to become living vessels for fallen Kryptonians before taking on all of their personas himself to wreak havoc as the Eradicator. He was defeated, narrowly, by the Man of Steel with the help of John Henry Irons and his Steel suit, but not before kidnapping Superman’s son Jordan and turning him against his father.

So imagine how desperate Superman must be to come to him for help.

That’s precisely what happens in tonight’s new episode of Superman & Lois, “The Ties That Bind,” which marks the return of Adam Rayner’s Tal-Rho. The now powerless Kryptonian holds the one thing that may help Kal-El stop the violently disabling visions he’s been having, but if you expect anything involving Tal-Rho to go smoothly…well, you just haven’t been paying attention, have you?

To shed some light on his character’s unexpected return, we spoke with Rayner about how it feels to play a defeated villain, whether Tal-Rho’s opinion on his half-brother has changed and what it’s like going up against the most formidable couple in the DC Universe.

For their questions that were used in this interview!

To read the interview with Adam Rayner, head over to DC Comics!

Are you looking forward to Superman & Lois’ return tonight? Let us know in the comments!

I am looking forward to it, but unfortunately traveling tonight, so I will have to watch it later.

Tonight’s episode was also quite… Bizarre…

If you know what I mean…

I knew my question wouldn’t be picked.