Welcome to The Psychology Of Supervillians Club. This month we will delve and dissect Mirror Master . Step into his mind and determine what makes him tick

Our July 2020 Supervillian of the month - Mirror Master

When they relaunched the Flash title in 1987 with a new issue #1, when they got to issue 105 of that run, who was the villain…yep…that’s right…Mirror Master. He was sometimes the de facto “leader” of the Flash “Rouges Gallery”.

Most of his run-ins have been with Flash, in fact he had 4 appearances within the first 21 issues of the relaunched Silver Age Flash title. I did find a matchup with the Suicide Squad, Batman, and Justice League 3001 as well.

Below are some video and comic book resources for Mirror Master available on DCU.

Just a few pointers to some of his “adventures”. PLEASE feel free to add to it. Watching and reading the entirety of the resources below is not expected.

———————————
What resources you use or don’t use is up to you. The only limit is your imagination and deduction.

Use whatever materials you like in building up your case for his psychology. Although noting what you’re basing it on could be helpful as resources for the club and our members.

I know with the current pandemic circumstances, some folks may have more or less time on their hands than normal.

Since there are video resources, if someone one the club wants to volunteer to setup a watch-a-long for something Mirror Master related, GO FOR IT!!

Here are a few questions to maybe think about. If you find any of them interesting, please let the club know your take. As always, posing your own questions is great too.

Mirror Master was certainly most prolific in the Silver Age. Do you think as advancements in technology appeared, especially lasers and holograms becoming more well known, did that make Mirror Master’s gimmick less usable?

Mirror Master, and most of the “Rouges Gallery”, are very “blue collar” villains. They don’t have grand schemes to take over the world. They just want to earn a decent living through crime. Does that make them more relatable than villains like Vandal Savage, Ra’s Al Ghul, and/or Sinestro?

Are they more or less dangerous to the heroes they face, than big world conquering villains?

Without further ado, we delve into the mind of Mirror Master.
Let the adventure begin!!!

I am hoping he is more than just a thug with a gimmick.

Silver Age villains just like to commit crimes. Also, I like his tech despite him not being too science-y

Yep the silver age had a lots of crimes. But the 1960s & 1970s saw large increase in the crime rate. It was a simpler time. Little video surveillance, only wired alarms, etc. it was “low tech”. There were a lot more “night watchman” types. It is literally like crime was a valid career choice.

There is a really fun little scene in JLU “Flash and Substance” where MM, Boomerang, Captain Cold & Trickster are sitting in a booth talking about crime. To them it’s just a job. Capt Cold (I think) has a line that is “If I don’t manifest a mortgage payment soon, the wife is gonna have me bagging groceries.”

there has been an unintended consequence that I am only to happy to explore, that being the extra exposure to whatever hero(es) that are in the book with respect to the flavor of the month.

What I have been looking at with this month is the relationship between Iris and Barry. With respect to Iris’ job (at Picture News?), the caption boxes refer to her as “newshen”. Career minded, but not as meddlesome as Lois Lane (which would also depend on your Lois Lane).

The thing I’m enjoying is that Mirror Master (especially silver age) is just a “pure evil” villain. He doesn’t have deep seated motivations or obsessions, the way Vandal, Sinestro, Riddler, & Ra’s have.

He has a very limited back story of “hey, if I process these mirrors in certain ways I can make them do different things. So let me steal lots of money.” 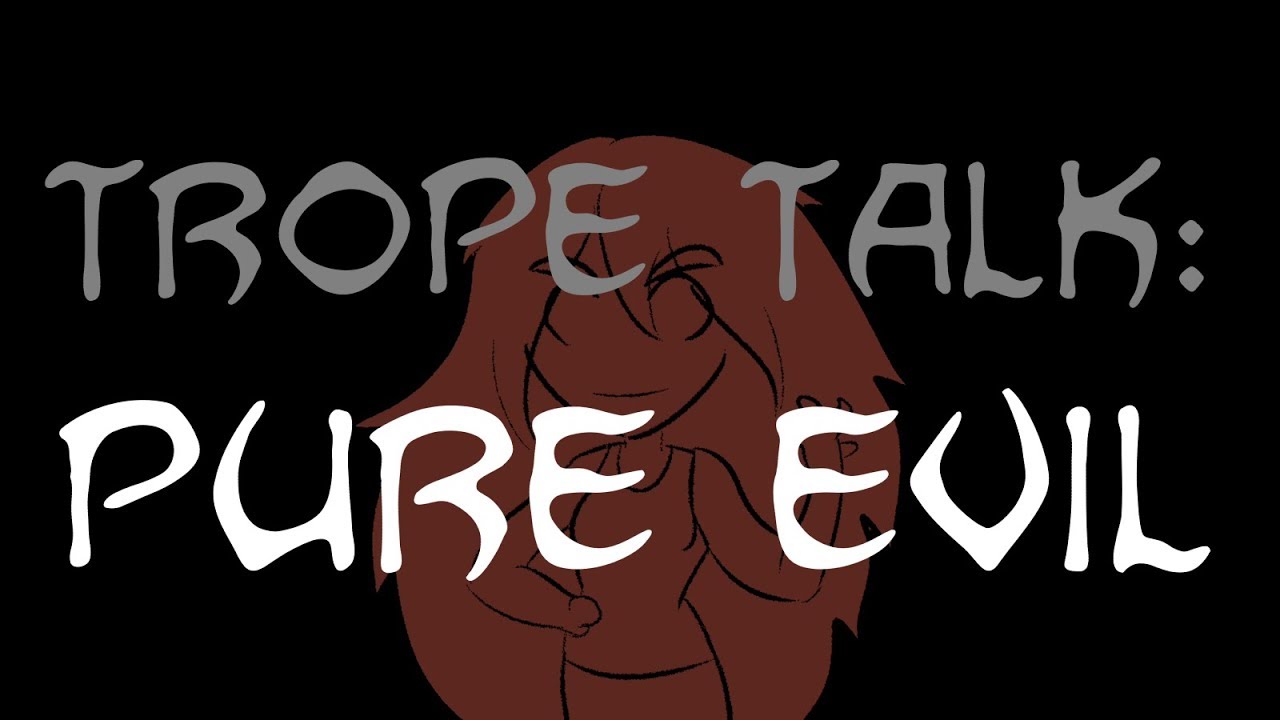 He’s like SIlver Age Riddler in that he likes crime as a career choice. Flash is more of an obstacle than someone to hate or to wreak vengeance because of some wrong. The only wrongdoing of Flash is foiling Mirror Master’s plan(s) and back to jail.

Did you read the popularity contest one? Which seems familiar, but I can’t recall if it was this club or not

We did our vote on what villain to do after Ra’s. But that’s the only one I know of.

No. In one of the books i read, Mirror Master is pleased to see he is on top of the best criminal list in this newsletter circulated around the prison. when he drops on that list, he breaks out to improve his status.

I remember a similar popularity contest. I think it was with Sinestro and the villainy of Qward

Scudder doesn’t seem as dark as McCulloch, even in his post-Flashpoint appearances. I like Scudder more. I think he fits in with the other rogues better. MucCulloch is a lot more disturbed and murderous, although I like the accent.

I think the idea of the mirror dimension and being able to travel (and trap) through reflection is still a concept that works today.

Nice, but i am capitalizing on this break month by doing a lot of non comic book reading. it’s more this end half, since the first week or two was most likely whatever World of Wonder selections at the time. But even that has been put on hold.

I am looking forward to September when my chaos should be significantly tamped down.

Mirror Master would have done better by reading more Ancient Greek mythology. He is a great example in the modern mythology of comics of hubris. A staple downfall element of classics Greek mythology.

He, like many of the classic Silver Age Flash villains, is a gimmick villain. It is interesting how many appearances we see of him in early Silver Age stories. Which sort of makes sense. The use of lasers, holograms (both standard and “hard light” holograms. Theses were technological applications that were kinda unknown in the late 50’s early ‘60s . However, as the decades progressed these “gimmicks” became more well known to the general populace and weakened them as a “gimmick”. MM also had or stole mirror items that had magical properties as well.

He doesn’t really care, and in some cases even know, how his mirrors work. Just that they do.

We see him say it multiple times…he’s just a career criminal. Stealing things is his job. It’s what he does to earn a living. That psychological element is really simplistic but also filled with hubris. The idea that the law shouldn’t apply to him, simply because stealing stuff is his career choice.

For the most part, especially his early appearances, he doesn’t want to kill or even hurt the Flash. He just wants him out of the way so he can do his job. A very pragmatic, “blue collar” mentality.

He gets a bit more “murdery” but usually only when teamed up with the Rouges.

While one can argue that the Reverse-Flash is the true mirror image of the Flash. Mirror Master is the ethical mirror of the Flash. Their conflicts and MM’s motivations are the antithesis of the Flash’s. They both have a fundamental and single “power”. Control over mirrors vs super speed. Both are fundamentally driven to use their powers because to them, it’s the “right” thing to do.

Sure, their power sets are different, but it is their sense of morality and responsibility that drives them.

For me, it is this fundamental difference in morality that makes MM interesting, different and sets him apart from Flash’s other foes.

the silver age used career criminal as the drive or motivation behind the character. And as the heroes were the “crime fighters”, it was a decent formula for generating drama without crossing any comic code authority lines.

While the choice to break the law in order to earn a living, there is no philosophical diatribe on the why or wherefores. The sense of pride in this silver age villain oozes off the page. Mirror Master likes what he does because he thinks he is good at it. The law or the police are just one more obstacle to the goal. his special mirrors give him that extra edge to stay ahead of the police, until the Flash intervenes. That Mirror Master plans to thwart the flash in each successive appearance of the villain creates a depth to the character that may or may not have been intentional.

brief tangent: i would argue that a true reverse-flash would move through time because the whereas being the flash moves through space. Eobard repeated the accident and obtained the same power set including the moving through space. For me, it’s more that the accident is repeatable.

Love the Rogues and the brotherhood they have. It’s great that at times they will go against other villains. Mirror Master is my favorite of the Rogues. I think his power has great potential and it’s nice when they explore it. I’m more familiar with Scudder and while not the leader he seems to be the most level-headed of the crew. He also is like the backbone of the team since they use him so often to travel. I definitely find the Rogues to be “blue collar” and relatable and easy to root for honestly.

I really like your breakdown about how to him it’s just a job. It’s a fascinating contrast though to a character like Reverse-Flash who is someone I’ve always thought of as more “pure evil.” I’m not sure I really understand that video or what would make Mirror Master pure evil.

It’s more “pure evil” as in he is not some tragic twisted soul (such as the BTAS Mr. Freeze) or is bent on world conquest because the world would be a better place with him in charge (Luthor, Vandal Savage, and Ra’s fall into this category.

MM doesn’t have deep seated motivations as to why he is a villain. He’s more “I like to steal stuff and that means I’m a villain. Oh, Ok.”

MM’s evil is more “pure” because he just likes doing evil things. Such as robbery.

I gotcha. I think what I was stuck on was the word evil. I think to me if I understand you correctly is that he’s like just a bad seed and does what he does because it’s in his nature.

Hey, I just want to say thanks for making this Club as well. I have a real appreciation for villains. If it wasn’t for them this world of comics would be quite boring.