For many fans, Michael Gough is the definitive live action Alfred Penyworth.

What’s not so definitive is the pronunciation of his surname. I’ve always heard and pronounced “Gough” as a word that perfectly rhymes with “cough”.

Lately, I’ve come across others who pronounce it as “Gow”.

How do you pronounce Mr. Gough’s last name? As you can see, he’s waiting on the phone (Diet Coke in hand as well) for our thoughts. 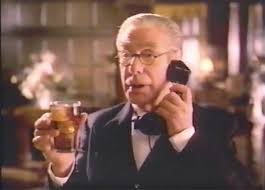 My apologies Al, I clearly meant “Pennyworth” in that first line.

I always assumed it was “Gow.”

Most sources I’ve looked up pronounce his name to rhyme with “cough.”

Yeah, I’m pretty sure it rhymes with NO, as in, “No, this black car will be rather difficult to miss. And by the way: the gentleman is usually in quite a rush.”

^ Granted, Tim Burton and others could have just been mispronouncing it.

See, as the Burton and Schumacher movies came out and were promoted on assorted entertainment shows, morning shows, talk shows, Siskel and Ebert (aka Critic’s Cat Fight) and the like, whenever Michael Gough’s name came up (“Back again as Alfred is Michael Gough.” for example) it was always pronounced similar to “cough”.

Its rather intriguing how a surname so seemingly simple in appearance can produce a variety of pronunciations.

We’d best throw the breakfast to the dogs and cancel the pizzas before this matter is solved.

I do think it’s “Gow,” old chap. Although I have heard “Go,” wot? He plays a corpse in The Legend of Hell House.

I dunno Misfit…you mean to say Entertainment Tonight’s Bob Goens and Leeza Gibbons got it wrong when talking about Batman Returns in the lead-up to the movie’s theatrical release?

That Robert Urich, host of the below TV special (which I watched with rapt attention when it aired) got it wrong too? Spooner couldn’t have done that. Spenser wouldn’t have and as we know, he was for hire (along with Benjamin Sisko). 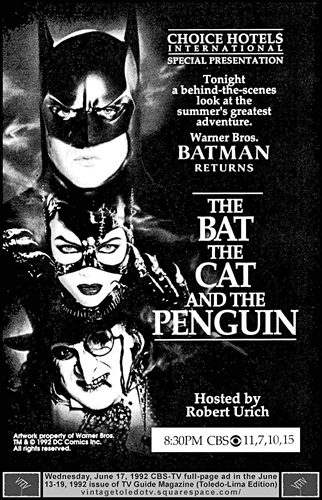 A BBC interview introduced him with his name rhyming with the word cough.

I always thought the surname rhymed with “rogue”, but with a “g”. Something like “gowg”.

A-ha! The Name Stew is thickening…

I always thought it was “Guff” as in “rough”?

Kidding aside, I think its more like “golf” with the “L” removed, causing most people to say it like “cough” with a “g.”

But more questions can be raised… how does one pronounce Austin, Napier, Caine, and possibly the hardest of all, Irons?

The correct pronunciation is “GOF”.

You’ve caused quite a Goughing fit, Vroom. Take a Gough. Must’ve been a Gough time for the rest of you to Gough hunt down the correct pronunciation. Those seem to be the major candidates, but WildDog is kind of going Gough on us.