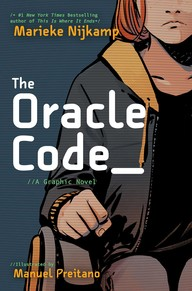 I have just finished The Oracle Code in a single sitting and enjoyed it a lot more than I expected to. This was also my first YA graphic novel from DC and was rather impressed. The art from Manuel Preitano was outstanding and really added layers that were definitely needed to help tell the story. The main art style is fresh and crisp. Thick and very defined outlines. Then there were “stories” and these sections were often more washed out and reminded me of the Chilling Adventures of Sabrina. These sections are very contemporary but in a past tense kind of way. Does that even make sense?

The narrative was penned by Marieke Nijkamp and she did a great job with a reimagined Babs Gordon. Maybe reimagined is the wrong word. If you were to read Killing Joke and then followed it up with The Oracle Code you would find inconsistencies but you can work around them. This is a young adult graphic novel so they aren’t going to go down the graphic wormhole that is The Killing Joke. There is also no Joker. However, this does focus on the time period when Babs is adjusting to life in a wheelchair at a live-in rehab facility. She is also having to face her own insecurities about life which only leads to more pieces of a puzzle.

Okay, I might be a bit of a Babs fanboy. I am still reading the first volume of Birds of Prey (10 issues left!) and have grown attached to that version of her. This book is a viable representation of the younger version of the Babs that I know and love. Now, here is my criticism. This is a very empowering book, especially if you are a teenager and in a wheelchair. Babs is inspirational in this. I imagine if I was in that position and this was my first exposure to this character I would want more of her. While there might be a sequel to this book, I would want more adventures sooner than later. If I were to go to the comic shop and find the book that features Babara Gordon and see that she was walking, well, that might throw me for a loop. It is my understanding that these YA graphic novels are to help expose and gain a new audience. In that front, this book kind of falls flat. Sure, there are many back issues of Oracle ranging from S. Squad to Birds of Prey but there aren’t any current books for the new audience.

Have you read this book? If so what are your thoughts?

I saw I ad for it. I will have to check it out

I’m glad to hear good things about this. I picked it up the other day but haven’t gotten the chance to read it yet.

I would love to hear your thoughts on Oracle Code!

I have read it. As someone whose first favorite run at DC was Gail Simone’s Birds of Prey, I was very excited about a new Oracle story, especially after Shadow of the Batgirl was really good.

Sadly, The Oracle Code didn’t do it for me. Babs’s personality was really generic and kind of dull, and her friends were even less engaging. The “accident” wasn’t very dynamic at all as the cause of her paralysis - I don’t need it to be the Joker, but heck, a drive by shooting would have been better than “she fell”.

The art was quite nice, and I very much liked the coloring techniques. But overall, it just wasn’t a very interesting story to me as a fan of Oracle. If you are someone in a wheelchair and it’s very relateable on that level, I think that’s excellent.

You do bring up some valid points. I think I enjoyed it a lot more than I expected because my expectations were low.

That’s always a good way to enjoy things more! I tried to highlight some of the positives, too.

I agree with your positives. I even agree with your negatives. When I wrote my review I just finished the book and was really excited about it. Still, even the negatives aren’t a game changer for me and I will continue to seek out these YA books.

Oh, I absolutely think people should seek out these OGNs! I quite enjoyed Shadow of the Batgirl (loved Babs in that one), and my favorite is Black Canary Ignite - that one really wowed me.

I’m always down for time w/ Babs. Thanks for the review!

Thank you for this recommendation @darkstarz25! As you know, I’m also reading Birds of Prey so it was fun to catch this “Pup Named Scooby Doo”’esque version of The Oracle. Aside from the typos I caught (initially I thought it was part of the “code”

), I really enjoyed this book! 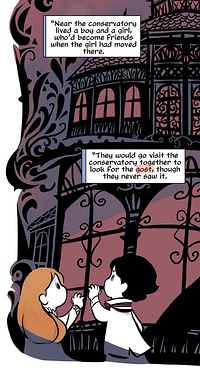 Here are some things I thought they did well:

The art - especially the side stories, each with unique styles!

Throwing us in with Barbara post-accident. It was surprising to see her disabled at such a young age but made sense somehow and showed another side to the healing. I felt like we were coping alongside her.

The mystery and puzzle-solving with a nice group of characters.

I hope your post inspires more DCUers to read it too, since it’s such a wonderful little graphic novel!

Throwing us in with Barbara post-accident. It was surprising to see her disabled at such a young age but made sense somehow and showed another side to the healing. I felt like we were coping alongside her.

This was something that I really enjoyed about this story. It really felt like the story could fit in right after Killing Joke, you know if she was younger and Joker was involved in Oracle Code. By the end of the book I think I was even more attached to Oracle than I was while reading Birds of Prey. I at least was able to understand her emotions more in OC than BoP where it often feels like she flips a switch depending on the page.

I agree @darkstarz25! She’s a tough chic and likes to shield herself and hide her emotions a lot - in nearly everything I’ve ever read outside of this book. We got to see her inner monologue and struggles here and it helped me connect with her more. I’m on the issues where Oracle has broken up with Dick in BoP and it’s the first sign of a crack in the shell that I’ve seen so reading this book around the same time (although not canon) seems to fill in some gaps.

my favorite is Black Canary Ignite - that one really wowed me.

I read this the very next day and I really enjoyed it as well! I think I liked Oracle Code a little more and art style had a lot to do with that. However, I am positive that these books are not written with a late 30s guy as the target audience.

So you are about issue 50-70 give or take? I am horrible with the exact numbers of issues. I do think that the break up might have been the instigator of her actions but it keeps getting better! Then after Gail Simone leaves it hits a rough patch but it gets better quickly!

I mean, I’m an early 30s guy, and I still loved Ignite. But I do like that type of art style in general. Thanks for the thread link!

I finally read it and really enjoyed it! I think @KeyFamily said it right with “Pup Named Scooby Doo”

It reminded me of reading Nancy Drew and Hardy Boys books when I was younger. I’ll have check out some of the young adult stuff from DC. 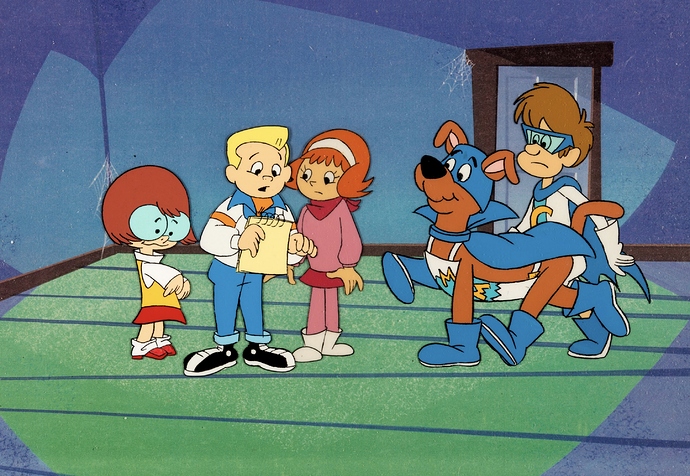 Agreed @Hinesypoo, I’m more interested in the DC YA content now too. It’s a nice break from some of the heavier arcs.