Hey everyone and welcome to the Obscurity of DC’s first-ever read-a-long (and event)! Our first story will be DRUM ROLL PLEASE… 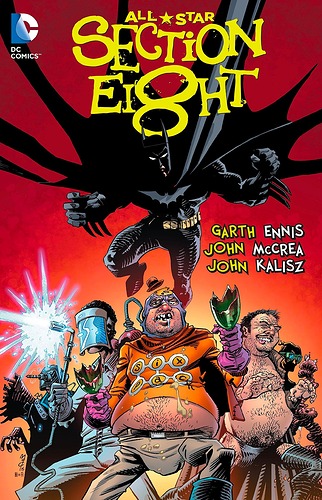 In this series, Sixpack, a superhero alcoholic, will try to recreate his original superhero team, Section Eight. However, he’s missing his eighth member! It’s up to Sixpack and the rest of his ridiculous crew to recruit the eighth hero to their team, and fight the evil that is inevitably bound to come.

Do you want to read some more lesser-known comics? Just join the Obscurity of DC club and be sure to make it to our read-a-longs! Who knows, maybe you’ll like it?

Omg this cover is too much!

You’ve got me hooked!

That’s my goal lol! I can’t wait to hear your thoughts on it!

You caught up fast lol

Martian Manhunter going insane from reading a mind just struck me as poetic.

Just think about it!

In a world, where the most elite team of superheroes consists of an alcoholic, a pervert, a pile of guts, a guy with a blowtorch, and a bunch of other irrelevant people, comes one green man, who goes insane by reading the mind of a pervert.

Had some extra time to read tonight so I finished up this interesting series!

Hmm, that’s a hard one because every issue had at least some funny or interesting scene to go with it, from Batman having his…awkward conversation with the traffic cop, to Green Lantern fighting a tyrannosaurus rex with robot arms, to Martian Manhunter somehow enthusiastically being part of the team until he immediately wasn’t.

I think I’ll have to go with issue #5, because of how unexpected it was. With the premise, I was expecting some semi-loving jokes at the expense of a lot of big DC characters. What I did NOT expect was not only a rhyming Phantom Stranger, but to have him get in a rap battle with Etrigan the Demon, and for both of them to try to sell readers on calling for reprints of the trades for Garth Ennis and John McCrea’s Etrigan run.

I’m kind of mixed. On the one hand, the idea of the DC universe being dreamt up by a drunk a-hole sleeping in an alley is both hilarious off-brand yet also kinda on-brand. On the other, seeing Superman basically enable some guy’s alcoholism just…doesn’t feel right.

Also, while I had a feeling that the “threat” that Sixpack was warning about wouldn’t really be some standard superhero fare, I was hoping to find out…something as to what it was.

I think I would have to go with Dogwelder, if not just for being the most unique and horrifying “superhero” I’ve ever seen.

Uh…I kinda already said that with the first question. Etrigan and Phantom Stranger having an Epic Rap Battle, that’s just…wow.

Well…I guess it goes to prove that love does conquer all.

In a world, where the most elite team of superheroes consists of an alcoholic, a pervert, a pile of guts, a guy with a blowtorch, and a bunch of other irrelevant people, comes one green man, who goes insane by reading the mind of a pervert.

Y’all forget that wasn’t what caused J’onn’s mind to snap. He didn’t read anyone’s mind, he just watched Bueno and Guts…how to describe this…slapping organs together. I don’t know about you, but I think that would break just about any sentient being.

On the other, seeing Superman basically enable some guy’s alcoholism just…doesn’t feel right.

I see where you’re coming from when you say this, but remember, it’s all Sixpack’s world. Superman would encourage Sixpack because Sixpack thinks it’s ok. At least, that’s how I think of it…

Actually it’s sorta of funny, I had just started reading those the day before so was halfway through when i joined.

@FelixLeiter I’m not sure if you’ve seen this or not, but you seemed pretty excited for the club, so here’s the first read-a-long in case you missed it

oh wait nevermind lol. i forgot you read like every appearance of sixpack for this lol 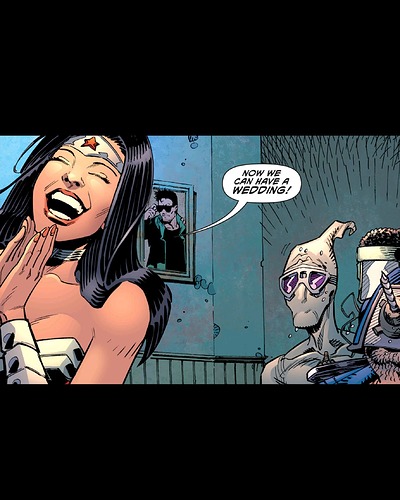 This was without a doubt the most disgusting book series I’ve ever read. The characters, the action, the artwork…all of it. Yet it was fun to read and very unique. I truly didn’t know where it was going to take me from one page to the next.

Great introduction to The Obscurity of DC Club as I had never heard of this series or these characters and would never have read this had it not been picked. I also got turned on to Hitman which is fantastic.