Hey everyone, I had a WONDERFUL conversation with Applejack that was strangely reminiscent of last year… she may have been too excited about the future of DC… SO she forgot to make me sign an NDA…

I’ll have more on 5G later BUT NEXT

If this sounds very kid centric that’s because it in. A Young Justice Live Action Series is in the works. The team will be kicked off with the 2021 crossover. On the 4th point, the writers were really happy with the final episode of Crisis and saw energy for their shows really boost. They want to do more of that. Allow big plot threads to develop for each of the shows and launch from the crossover. The crossover will be three episodes BUT more 1 and 2 episode crossovers will happen at the episode 16-17 range.

Oh, if you haven’t figured it out. APRIL FOOLS!!

You’re a bonehead, but still, thank you for helpin with the day

More 5G! Our very own @Aurora has been called to write Birds of STEM. A story where Batgirl helps teach Girls who want to engage in STEM. (Aurora not Applejack told me this one)

I would so actually write it as a serious comic if asked to do so…no April fools required.

I’ve also heard that Dan DiDio wasn’t really fired at all. In reality, this has all been a front so that he can travel to Nanda Parbat and discover the true meaning of 5G.

I don’t know how to feel about Bonehead, but it’s meant to cheer people up!

If Scott takes over 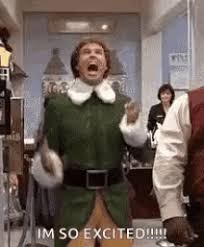