The Neverending Chase: The Bat and the Cat 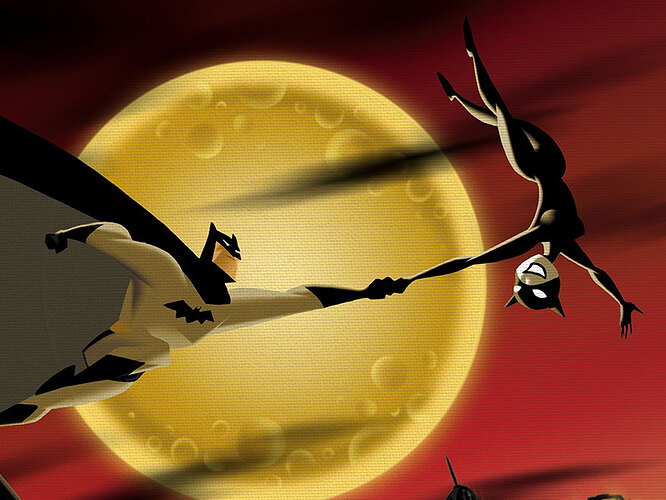 Undeniably, Batman and Catwoman are DC’s most iconic costumed power couple. First crossing paths in Batman #1 back in 1940, from the very beginning, their opposite positions on either side of the law did little to abate their primal attraction. Throughout the decades, the Bat and the Cat have brought their hot-blooded “Will They/Won’t They” forbidden romance in comics, television and film—most recently in Matt Reeves’ The Batman . Whether working together or going against each other, the Bat/Cat relationship has inspired countless writers, artists and directors and spawned some of the most memorable, exciting and straight up sexiest comics out there. Let’s revisit some of the best.

To check out our list of some of the best Batman / Catwoman comics in the known universe, head over to DC Comics!

Which moment is your favorite Batman / Catwoman moment? Let us know in the comments below!

Ah the classic chase of Bat vs. Cat. I would have to say in Batman Returns where Batman meet Catwoman for the first time.
And also in Dark Knight Rises where Batman tells her no gun, no killing. And she said,“Where’s the fun in that?!”
Batman and Catwoman had so many great moments together whether they’re enemies or friends.

Despite loving the Batfamily since 2005, I struggled to love Bruce himself for the longest time. Tom King (surprising, yes!) was the writer who got me to fall in love with the Batman himself, I believe because he showed us the man through Catwoman’s eyes. And issue #32 of his run is where I really committed my heart to King’s vision, and I’ve stayed true to that vision through the good (Knightmares!) and bad (The Gift!), and am extremely excited to see what’s up in Batman/Catwoman #12

@Archer500 highlights Dark Knight Rises - I really love Hathaway and Bale’s chemistry in that film, and “I guess we’re both suckers” gets me every time.

My favorite moment would Brave and the bold 197 and solo 1 Dc Super-stars 17 (disptie it breaking my heart every time i read it) kings (on going) run on Batman, catwoman vol 3 issue 32 catwoman vol 5 issue 34 and Batman The Long Holoween (movie) parts 1 and 2 as it likely what the book could have been had they not needed to be forced into (at the time) cannon complacency. (They are a OTP for me so i have a lot of moments i love with them)

However i also personally feel that Batman does not view himself as a hero, he views himself as vigilantee when he is at best a criminal at his worst. so i do not feel its a forbidden. However bruce also fears getting close to pepole after his childhood trama as he fears losing his loved ones. which only got worse when Jason was murdered by the joker as we see him depressed, angery, and having a deathwish in a lonely place of dying do to the loss of his son. We see this often when he loses someone close to him. however i feel the bat and the cat with the rebirth revalation that selina always knew would have actually gotten to gether at this time.

I love this paring and I want it back on

. and have no clue how to conclued this post.