I’m making several different orreries for my boyfriend for Christmas and I thought a fictional one would be cool. I was wondering if anyone could give me references to the multiverse so i can depict it in a model. I was thinking Green Lantern would be a good one. Krypton would be a good one too. I think I saw something that showed the different earth’s but can’t find it. Any help or suggestions are appreciated.

I think I know of the picture you saw of different earths, and I’m thinking that it might be from Crisis on Infinite Earths, but I’m not entirely sure… I would suggest maybe Google and search up any images from that, I mostly say this because anytime I see Crisis getting referenced or explained on YouTube, they always show that picture of the multiple earths. That’s all I got though, I hope this helps, I don’t know much about the layout of the Earths unfortunately.
Merry Christmas to the both of you though 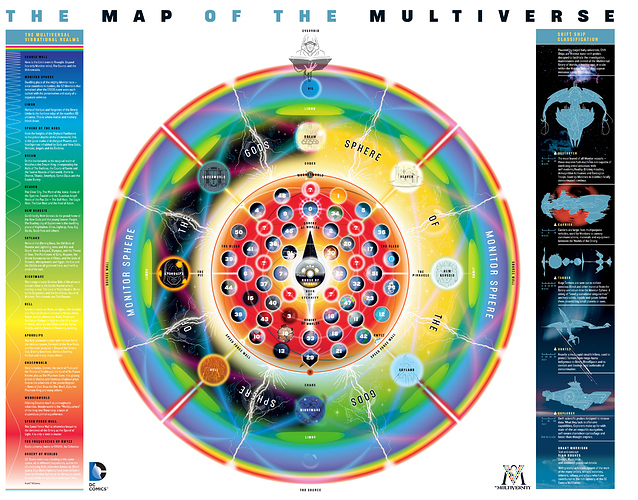 It’s from Multiversity. Here’s the guidebook that gives the breakdown on the worlds that have been identified.

Thank you both, @TheTerrificToyman and @TheWifeOfJasonTodd! That helps tremendously. Should be a fun project. Merry Christmas to you too!