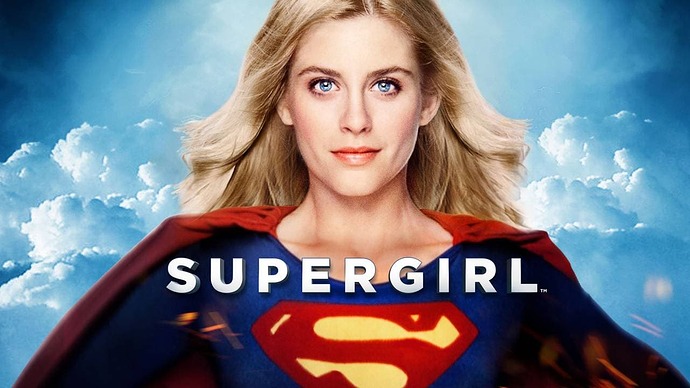 This week, we’re taking a look at 1984’s Supergirl, starring Helen Slater (who, as I’m sure most of you know, would go on to be a presence in the Superman franchise years after this movie), Faye Dunaway, the legendary Peter O’Toole and, Jimmy Olsen himself, Marc McClure.

If you’re a veteran super WALer, you know what’s up, but if this is your first time taking flight in the friendly WAL skies, then let’s go up, up and away for how YOU can join in on the fun!

Who: 1984’s Supergirl. Stop looking at the Omegahedron and pay attention, would ya?

Where: In this thread, at the above date and time.

How: Supergirl is available on physical and digital home video formats, while also streaming on HBO Max. However you take flight with this wonderfully scored movie, please be on time and ready to push Play for when Kara expects us.

So, let’s all get in the spirit of The Girl of Steel (like the lady above), grab some delicious nom-nom from Popeyes (if you’ve seen the movie, you get it and if you haven’t seen it, then you will get it) and join in for the fun of director Jeannot Szwarc’s very first foray into the Superman universe, long, long before he would come to be involved with The WB/CW’s Smallville.

This WAL brings the questions of where are my Supergirl '84, Catwoman '04, and Steel '97 comics. I am a fan of all of these movies and really wish they were more well liked. I will try to remember to be here next week!!

with a Catwoman '04 comic, but I would happily read a Supergirl '84 book.

I hope she’ll pop up in Superman '78, ala Catwoman appearing in Batman '89 (and not a spoiler for those wondering, as she’s on the cover of the latest solicited issue).

I will try to remember to be here next week!!

Awesome! I hope you can make it.

For any wanting a pre-WAL fix of Ms. Slater’s further contributions to Supergirl and the Superman franchise, check this out: 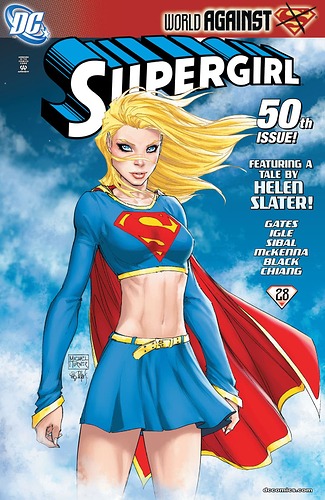 Here is the same cosplayer featured in that gif above in another Supergirl costume. 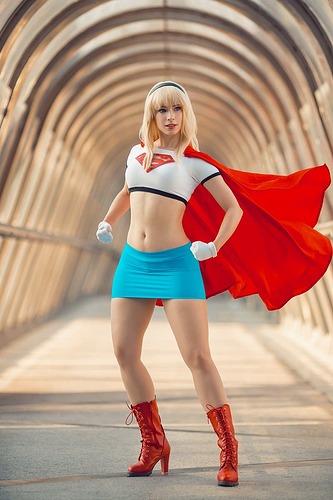 So for once I actually have a full weekend off work next week, so I think I’ll actually be able to attend this one!

It’s funny – as a kid I never could get into the Christopher Reeve Superman flicks. I would keep trying with the first movie and I would inevitably fall asleep by the time they got to Smallville. It just never appealed to me as a kid. But I distinctly remember watching this Supergirl movie several times growing up.

If I were honest, I think part of it was that it heavily featured a beautiful blond in a miniskirt.

So yeah, should be fun to see how it holds up today. I’m going to go ahead and guess it probably doesn’t.

@Bar-El Right? Besides being a swell person and a great artist, Turner also left an indelible impression on Superman, thanks to his:

Covers and interior art for Superman/Batman.

Assorted covers (regular and variants) for other titles starring or guest-starring Superman, be they Identity Crisis, Superman v2, The Flash and/or the Post-Infinite Crisis Justice League of America, among others.

His legacy with The Man of Steel is certainly further cemented via his S/B character designs being used for Superman/Batman: Apocalypse.

I never met him, but some of the employees at the store I was a regular at prior to his passing did, and they said he was a wonderful guy.

We definitely lost a legend far, far too early with him.

@darkstarz Fantastic! I wonder if she’s in our community and has participated in any Supergirl-related events.

I enjoyed the Reeve movies as a kid, as the first was one of three things that got me into Big Blue, with the other two being:

The Superman figure from the DC Comics Super Heroes line, that I got in 1989 (and still have today).

A small group of issues from Byrne’s Superman. I bought them in bundles (similar to those sold by Walmart) at a local store when I lived in Montana in the early '90s. They made me a Byrne fan for life, and I still have them as well.

How I saw the Reeve movies in my mind as a little kid:

The Movie: A long epic that was very entertaining.

II: The one where Superman fights three bad guys. This was my favorite of the series when I was under 10.

III: The slightly funny one that I’d watch on TBS.

IV: The one with the neat space station opening and train save, while making me kind of sad because of the talk about nuclear war and its weapons.

I first saw Supergirl on VHS when I was…around 9 or 10.

I remember thinking it was cool to see Supergirl (whom I came to know via the Byrne books from above) in live-action, and I also loved the opening credits sequence and it’s theme (even then, I was a Jerry Goldsmith fan), while thinking Supergirl herself looked really cool.

The rest of the movie, eh, it was kind of a slog.

My parents have always been big Peter O’Toole fans and that fandom carried down to me as well. So when I saw his name in the opening credits, I thought “He’s in this? Cool!”.

In the years since that first time seeing Supergirl, I’ve come to appreciate many other O’Toole movies ahead of Supergirl (with Lawrence of Arabia being my absolute favorite of his), and while I’m fairly certain Supergirl was a movie where O’Toole unfortunately got loaded during production, it still has a soft spot in my heart for his performance, Helen Slater’s rendition of Supergirl and that great Goldsmith score.

Anyway, I look forward to seeing you on Sunday (and Saturday too, if you can).

We should be starting in about 20 minutes, right?

Thanks @Jay_Kay I completely forgot about this!!!

A little bunny told me yes

By the way, if you guys are looking for something quick to watch to get in the mood for this, check out this little history video by a pretty good comics YouTuber about how the Supergirl movie accidentally created the infamous 80s headband comics costume. I watched that that the other day! Love Casually Comics!!

Yes, this also reminded me of the original version of Superman 3 which did sound like an awful, hilarious hot mess.

Tell me more! I’ve seen it and vaguely remember something about an early draft but my brain can’t percolate the memory lol

Got a lot of takers for this?

Don’t know much else besides what was said there. It was going to include Brainiac – which Superman 3 tried to do in a sense – as well as Supergirl as Brainiac’s adoptive daughter, and there was going to be this love triangle between Supergirl, Superman and Brainiac, or a love square if you include Lana. It would have apparently ended them travelling in time and fighting in the Middle Ages for…reasons.

What do you mean by takers?

As am I, which is good because we got three minutes until we start!