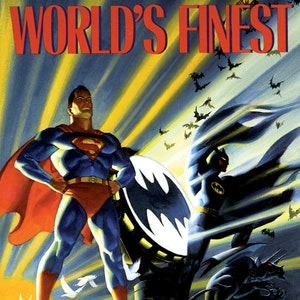 The week of 3/15 saw the release of Batman/Superman: World’s Finest #1 at retailers everywhere, so what better way to kick-off even more of the World’s Finest than by reading micro-size adventures starring Superman, Batman and a couple other fantastic heroes as well!

I present to you, dear reader, a World’s Finest buffet:

You can choose the Superman and Batman option (written by Dave Gibbons, aka the artist of Watchmen): 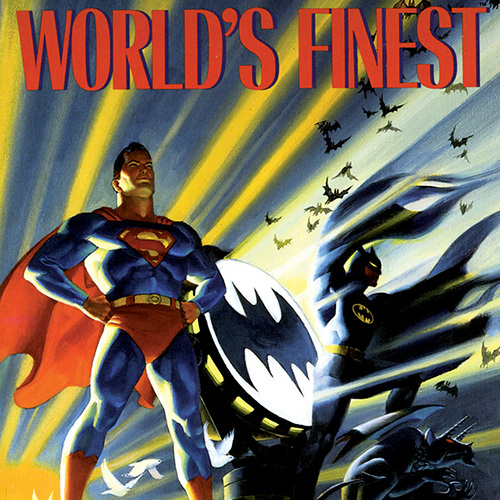 Batman and Superman join forces in this exciting limited series, as the Joker and Lex Luthor combine their special brands of villainy.

OR…you can go the Batwoman and Supergirl route, which is a great option to celebrate Women’s History Month with: 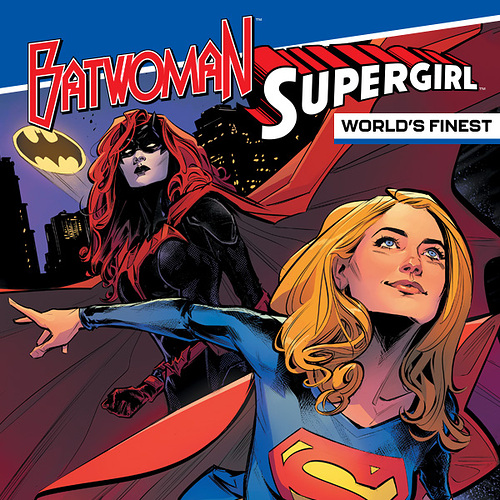 When a powerful alien weapon falls into the wrong hands, it will take the combined might of Batwoman and Supergirl together to save the city from the...

Either way, choose what floats your reading boat (I’d recommend both series, as they’re highly-entertaining) and have fun!

Also: Have you read the new World’s Finest, yet? As mentioned above, #1 hit the print and digital stands this week and it’s FANTASTIC.

Discuss that book (and all of its grandiose comic book glory

Ah, I remember discussing this one previously:

Happy Batman Day! To commemorate The Caped Crusader’s special day, this week the Superman Book Club is embarking on a special Saturday originating adventure that’s brimming with action, the world’s greatest detective, madmen and the ladies that work for them and other wonderfully fun stuff worthy of the World’s Finest label. Our itinerary through Gotham City and Metropolis is as follows: Read: -World’s Finest (1990) #'s 1-3 -Superman (1986-2006) #168 -Detective Comics (1937-2011) #756 Wat…

In short, I was a total meanie who didn’t like it.

In short, I was a total meanie who didn’t like it.

I do remember reading this one a while back. I think we all agreed the Steve Rude art was excellent, at least.

I think we all agreed the Steve Rude art was excellent, at least.

Indeed! Rude is quite the gentleman artist.

I enjoyed the WF mini, but I also enjoyed the Batwoman/Supergirl take on the World’s Finest pairing as well. Pity it didn’t last longer, but it was still a fun read, all the same.

I’ve read just about every Superman and Batman team up at this point and the Gibbons/ Rude series is very near the top.

I had just returned to comics after a six year plus absence (brought back by “Dark Knight Over Metropolis” no less) and initially balked at the expensive $3.95 price tag. However, Steve Rude’s art is about as good as it gets. I had recently read Byrne’s Man of Steel, so I was in the loop of how Post Crisis DC was working for these two. I greatly enjoyed the story and as usual Lex and The Joker just can’t quite get along.

Before the series I was just getting the Superman comics. By the end, I got a trade of something called Lonely Place of Dying (also at $3.95) and reading Batman again. Some guy named Tim Drake was the new Robin.

Its interesting how a Superman and Batman team-up title can pull people back to comics.

I was on a break from 2000 to 2003, and when I got word from a then-co-worker about Superman/Batman, I knew the time was right to end the break and fully dive back into comics.

However, Steve Rude’s art is about as good as it gets.

It is, it really is. He did a great job on World’s Finest.

Not DC-related, but I was made aware of Rude due to various Nexus comics I came across in stores as a kid.

To this day, I still haven’t read any Nexus stuff, but after my recent re-read of World’s Finest, I might just finally look into Nexus, after meaning to do so for 3 decades and change.

By the end, I got a trade of something called Lonely Place of Dying (also at $3.95) and reading Batman again. Some guy named Tim Drake was the new Robin.

I hope he lasts. We know how fickle fans can sometimes be with new characters, after all.

I hope he lasts.

pushes up glasses, Reeve-style, as the comic store employee looks on in the distance from the register

While you are technically correct that Ms. Kelly was the third Robin, she exists as such outside of the mainline continuity.

Meanwhile, Tim “I sure hope I don’t use my last name as a codename at some point, because that’d be kind of goofy” Drake is the third Robin in the main continuity, of which, CK doesn’t exist in.

Now, let’s go over to the counter the employee is standing at and see if they have any charming Hamburglar adventure booklets (along with Roger Moore-signed photos of Sean Connery) to peruse, m’kay? M’kay.