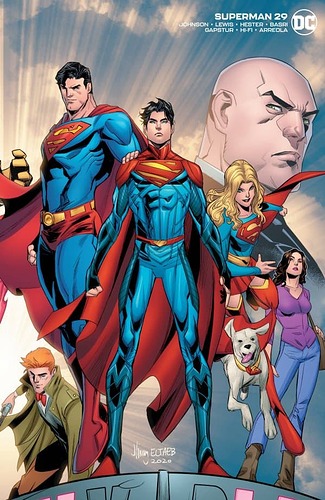 As you enjoy a day of fun and frivolity, how about something new and fresh from the world of Superman that you can compactly, quickly and oh-so easily read, whilst planning your next AFD prank?

Dark Nights: Death Metal and Future State have come and gone, and where does that leave the Superman franchise?

You can find out by reading the two-part tale “The Golden Age” in these spiffy books: 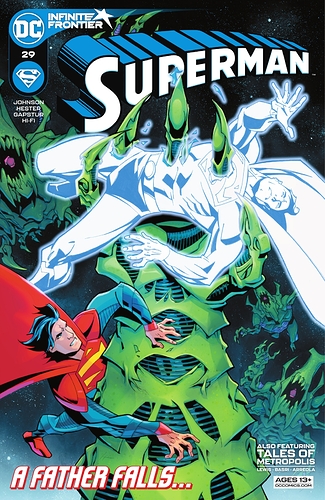 Writer Phillip Kennedy Johnson jumps from DC Future State back to the present for a two-part story that spans Superman and Action Comics this month! In... 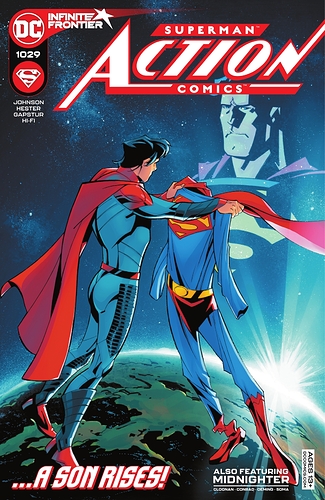 “The Golden Age” reaches its conclusion in this issue that continues directly from Superman #29! Following an almost-deadly attack by an alien foe, the new...

Also, be sure to check out Becky Cloonan and Michael Conrad (aka the current writers of Wonder Woman)'s spiffy Midnighter back-up feature that begins in the above issue of Action Comics.

Its definitely worth your time.

While you’re at it, check out the beginning adventures of Jon Kent’s ongoing tenure as Superman in the following: 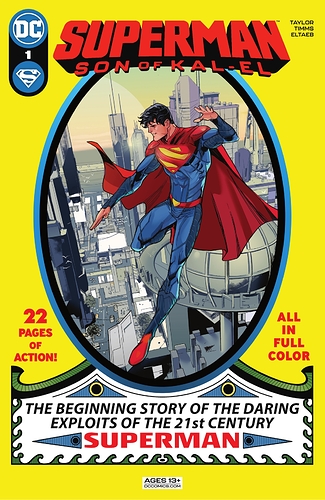 Jonathan Kent has experienced a lot in his young life. He’s traveled the galaxies with his Kryptonian grandfather and lived in the future with the Legion of...

Enjoy your April Fool’s Day and have fun with the latest micro read,

Now That’s what I call, A Superfamily!

uperfamily is the first family of adventure in the DC Universe.

The Superwoman herself knows what’s up.

This is actually right when I started getting normal weeklies after Future State. I enjoyed this story a lot and it was a great in between of FS and Warworld.

I enjoyed this story a lot and it was a great in between of FS and Warworld.

Agreed. It was a nice bridge between the two. The art was a little messy at points, but otherwise, The Golden Age was an entertaining story.

Now, the question is, have you been reading The Warworld Saga, o’er in Action Comics?

Because it might be coming up before too long 'round these parts, pard.

Love “The Golden Age.” The premise is rather plain – just kind of standard alien invasion stuff, but the emotional story about Clark and Jon, of growing up and into the next stages of life, how fathers protect their sons as they grow up…it’s all beautiful stuff. It’s definitely a good first act to Phillip Kennedy Johnson’s for real run on Superman.

As for Superman: Son of Kal-El #1…it’s alright. Now, I’ve been reading the book as it came out on the virtual stands, so I’m rereading this with what I know about where the book goes and I can say without going into spoilers that I think there’s a lot of potential, a lot of interesting ideas, but the book always seems to be really taking it’s sweet time getting there.

Agreed on The Golden Age.

The sci-fi stuff is always fun, no doubt.

However, its the heart behind the relationships of those involved that makes Superman as a franchise stand out from the rest of the pack, and The Golden Age fits that figurative mold to the letter.

Speaking of PKJ, The Warworld Saga is coming to the MASC at some point.

I’ve been reading it as it comes out, but for those who stick squarely to DCUI, I’m curious what their thoughts on it will be.

As for Son of Kal-El, I agree that its been taking its time in getting anywhere.

On one hand, that’s kind of nice, as its nifty to see a book play the long game and invite readers along for the ride as the road unfolds.

OTOH, it gets a bit tiresome when said ride seems to idle along for issue after issue, with seemingly no progress being made on the journey.

My main point of joy with Jon’s book is that Henry Bendix was his first antagonist. As a WildStorm geek, that made me quite happy.

Regarding SOKE #1, its a pretty decent start, and is a good jumping-on point for folks new to Superman and/or Jon Kent.

Of the current Superbooks, I’d rank them as follows: