🌋 The Lazarus Planet Discussion Thread (Spoilers; We Once Were Gods Drops 1/24) 🌋 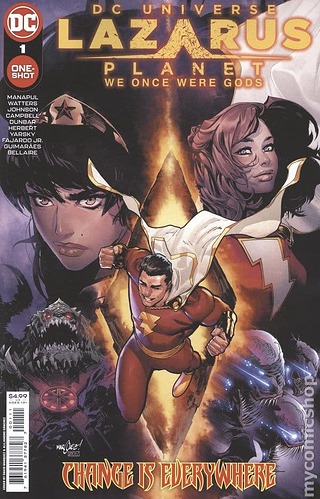 Here’s a look at a few of the book’s covers: 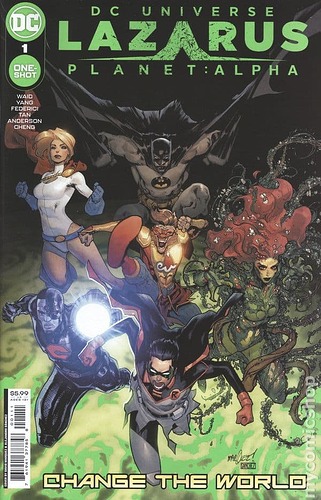 B cover, by Riccardo Federici. 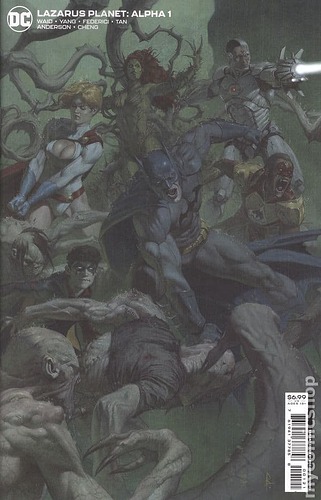 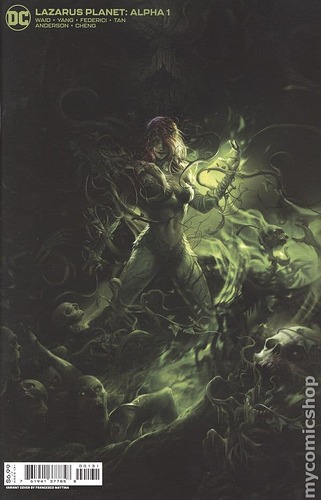 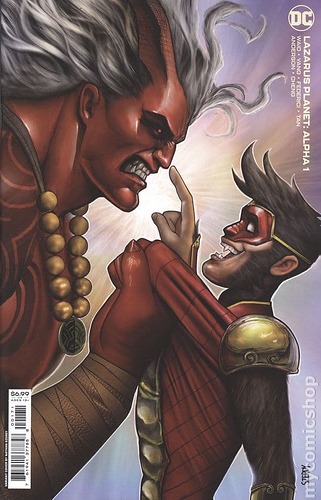 If you’d like to prep yourself for Lazarus Planet: Alpha, do please check out this informative article by @JoshuaLapinBertone on the DC homepage: 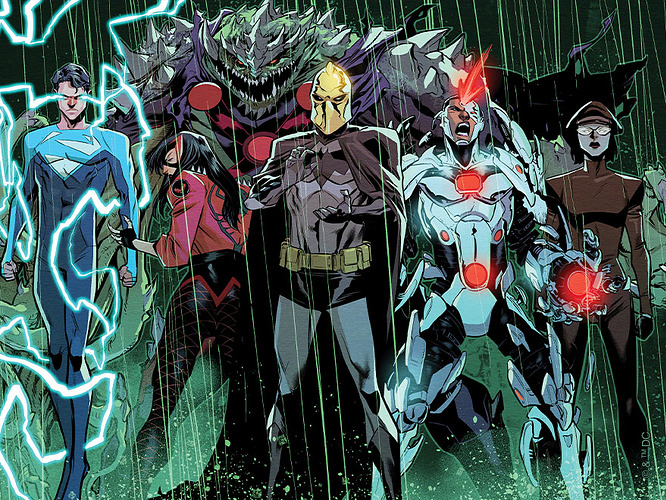 Legacy and Fate: Preparing Yourself for the Dawn of DC

I hope everyone feels rested and relaxed after their holiday break, because 2023 is going to be a busy year for DC.

Are you looking forward to Lazarus Planet?

No. I prefer just punching Ras Al Ghul and then kicking him in his buttocks.

This might be a wait-for-DC Ultra read, but I will likely skip it entirely. Dark Crisis has just ended and I am behind on that. I am interested with Amanda Waller is up to but I will wait for the new Suicide Squad book or whatever team she is in charge of.

I don’t know. It sounds like an intriguing ensemble story. Reminds me of Endless Winter, if it wasn’t for the anthology format. Part of me wants to dig right in, but we just finished Dark Crisis. Couldn’t the individual books get some room to breath before affecting everyone again? 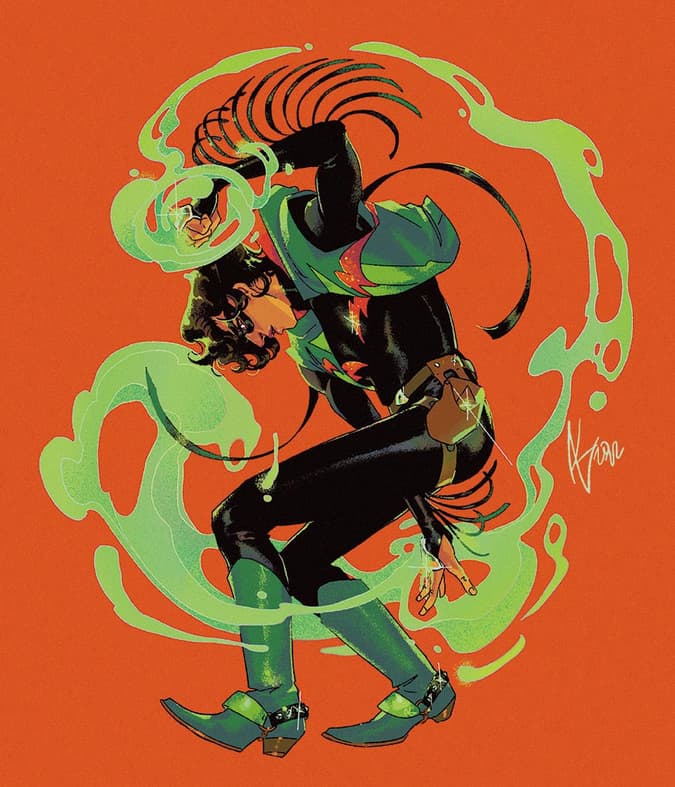 I like all of the books involved, and the writers, but I just have big event fatigue.

Reminds me of Endless Winter,

In my opinion, this is the best event DC has had in a while. While others might be bigger and have more ramifications, Endless Winter was a self contained story and it benefits from that.

Whoa, Superman is back as a blue energy?! Look cool, but I like his 1997 look better, where he goes full blue while his other half goes full red!

No. I prefer just punching Ras Al Ghul and then kicking him in his buttocks.

I have to say, this particular event, spinning out of one of my least favorite current comics (Batman vs. Robin), has zero interest for me. Closest I get to interest is that Huntress is showing up in one or other of the tie-ins, and I will check that out for her.

I have to say, this particular event, spinning out of one of my least favorite current comics (Batman vs. Robin), has zero interest for me

If it turns out to suck than I’m sure it still will be better than Death metal or Dark Crisis. I’m sick and tired of them crisis and I’m just glad we are getting something more focused to a single earth that changes characters rather than reaffirm a infinite multiverse status quo.

Was a good one indeed. It’s nice when an “event” is mostly concerned with telling a story, with a beginning, middle, and end, vs trying to change everything. 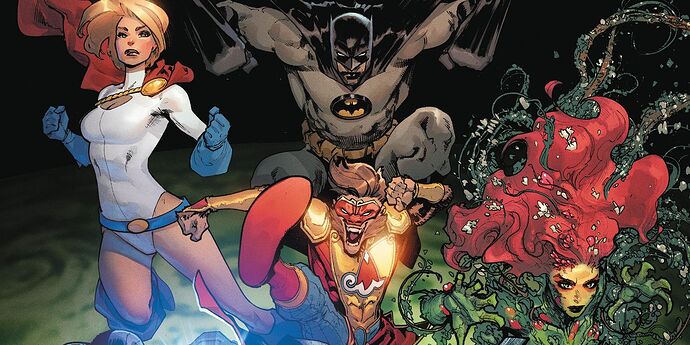 Writer Mark Waid sits down with CBR to discuss the first issue of DC's Lazarus Planet event and what effects it will have on the DC Universe.

Interesting tidbits. Looks like it will touch on a lot of different corners of DC. This quote stood out to me the most (on why it’s a good time for this event):

It sets the stage very nicely for a lot of the events that will spill out of Lazarus Planet and a lot of the things that DC is setting up with Dawn of DC.

Seems like it would be a good idea to follow along to see what makes into the new books.

If it turns out to suck than I’m sure it still will be better than Death metal or Dark Crisis. I’m sick and tired of them crisis and I’m just glad we are getting something more focused to a single earth that changes characters rather than reaffirm a infinite multiverse status quo.

I cordially dislike all events, so the fact that Dark Crisis featured Steph in nearly every issue made it pretty tolerable to me.

Death Metal I’ll completely agree with you, and throw in Metal 1 as well. Lazarus Planet features stuff I absolutely don’t care about built up from a comic I actively dislike featuring characters I care about being written really badly by a writer I dislike. Sigh.

Seems like it would be a good idea to follow along to see what makes into the new books.

I hope it won’t be too essential.

I like good events (which sounds silly, I know). I just like ones that are entertaining and tell a good, complete story in themselves. For a while it seemed like every DC and Marvel event would go on too long and not really have a conclusive ending, since they were obviously setting up the next event.
I enjoyed Shadow War more than I thought I would. I’m working through Batman vs. Robin. I’m kind of on the fence about it so far.

Please, don’t read my dislike of events as any kind of thing saying I’m better than people who do like events! My enjoyment of events is purely because of my interest in the vast scope of the cast - I just don’t care about the majority of the characters in these stories. That doesn’t make my taste better or worse than anyone - just what I personally enjoy.

I do have a concern about the never-ending event feeling that a lot of this stuff does seem to have. Williamson seems to have learned some of the wrong lessons from Scott Snyder in working on the Metal stuff with him. Snyder seemed to move from his Batman run to All Star Batman to Metal to Justice League to Death Metal, always promising that “this isn’t the end, it’s leading to the EVEN BIGGER STORY”, and I got so tired of that so quickly. Williamson went from Infinite Frontier to Justice League something to Death of the Justice League to Dark Crisis in the same way. But I didn’t read any of those other books, and just read Dark Crisis because Steph was in it, and had a good time (helps that the art was phenomenal).

I was pretty bummed by both Shadow War and Williamson’s Batman run in general, but I did love his Robin run.

More events!!! I am burned out on events and crossovers. Just let a comic tell a confined story.

No worries! I didn’t think that at all. I learned a while ago that not everything is for me, and that’s it great that people like things I don’t care for as much, or vice versa.