So for a little while now writer James Tynion IV has been teasing a new Batman book that he’s a part of, and today it’s been announced that his new series is The Joker, the Clown Prince of Crime’s first on-going series since the 1970s.

It’ll be a 40-page series, the main story, with art by Guillem March, will involve Joker on the run after the events of The Joker War, with Jim Gordon on his tail to try to stop him and redeem his career.

There will also be a back-up story featuring Punchline. By the same team as the Punchline Special, with Tynion and Sam Jones co-writing and Mirka Andolfo drawing, will feature Punchline in Blackgate Penitionary, while also featuring Harper Row/Bluebird trying to save her brother from being radicalized and turning to the side of the Jokers.

The Joker Faces A Worldwide Manhunt in A New Ongoing Series!

What are you guys thinking? Looking forward to this series?

I am so thankful that Tynion is writing this so I can feel confident in avoiding it. He actually wrote one of my favorite Joker stories during Endgame but in my opinion he has not grown as a writer and just sticks to the same story beats. I stopped reading Batman completely after Joker War because I thought that was a huge flop and the previews for current story do not appeal to me at all.
In general, I think an ongoing just overexposes Joker no matter who the writer is but overexposure is the name of the game when it comes to DC’s clown characters.

Hope it’ll do alot better then it’s first run in the 70s, and hopefully he will get to team up with my favorite villian!

Hard pass for me. I thought Joker war was an entertaining read, but villain centric series are not my cup o’ tea.

Meh. Who is scripting Superman?! Come on DC get off the pot!

Even though I understand the feelings some people have that Mr. J is overused, I’ll admit the idea of series that focuses on him has a lot of potential.
Unfortunately, the writer they’ve chosen for this has all too often overlooked or outright wasted potential. And I say that having–read more of his work in recent months.

I’d be more open to one shots or mini series for The Joker. It’s a toss up because I am interested in what Joker does behind the scenes but at the same time I personally like when he’s mysterious so peeking behind the curtain makes him “normal”.
I also feel like this just sounds like a place holder until the next Joker event, like all of the series between Metal and Death Metal. Joker needs to go away so his appearances are special. It’s like over at the Marvelous competition, there’s a new Venom event and I swear they have done so many of those back to back that I can’t even differentiate and tell when one ended and the next began. 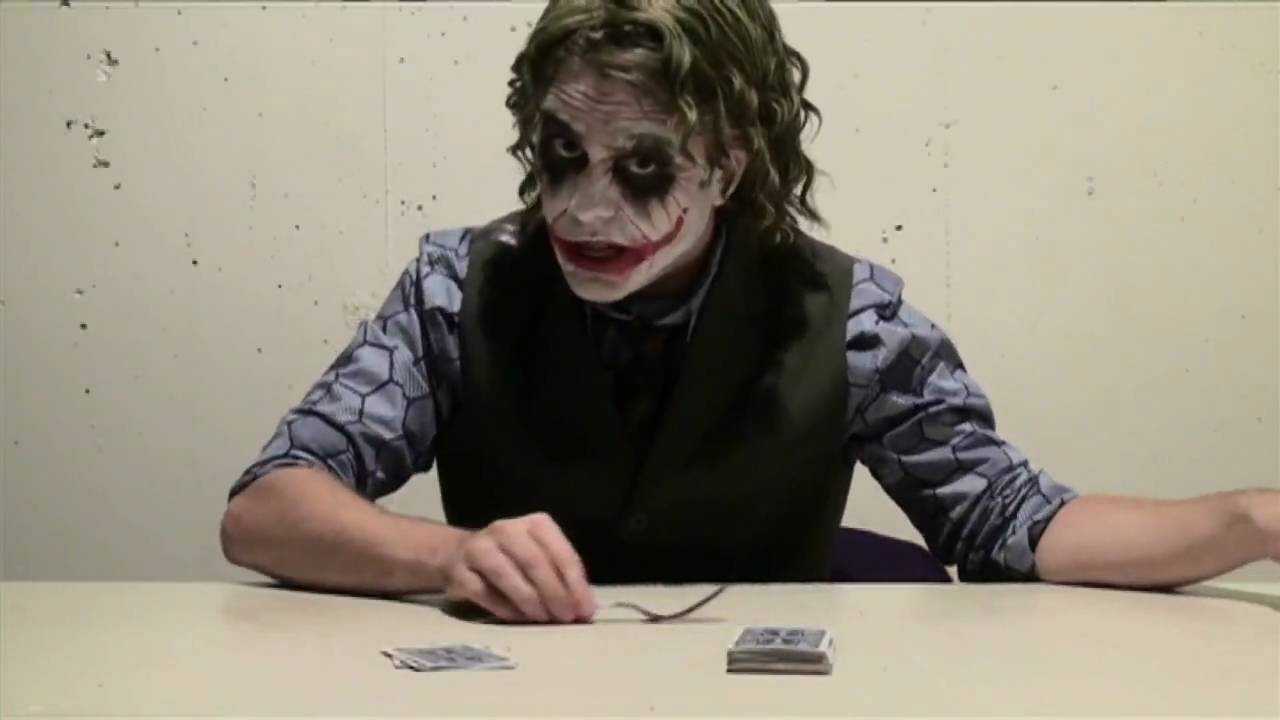 As much as I love Mister J, I’m looking forward to the backup stories way more since we get Harper back.

And honestly, Mirka Andolfo is one of, if not, my fave current artist.

Joker needs to go away so his appearances are special.

I’m super excited for this! I understand why people are apprehensive though. I’m gonna try the first couple issues, and if I love it I’ll keep reading. If not, I’ll drop the book. If unsure, I’ll just wait till it’s here. I can’t wait to see how Bane factors into all this!

Im not feeling the idea…at all

Of the new titles announced, this is easily the one I’m the least interested in.

I might check it out as it comes to DCUI, but otherwise, it’s an easy pass.

Tynion recently was interviewed about the book and give it some more context that I think might make it more interesting for some.

When asked about how this book came about:

Honestly, it’s something that was originally suggested by [Batman group editor] Ben Abernathy. It’s nuts. You can’t do a Joker story. Joker can’t work as a protagonist. He’s like the scary thing hiding in the shadows. He isn’t the person you put up front and center, and Ben was like, ‘Okay, tell me what the book is.’ And I was like, ‘Okay, fine. I’ll tell you what the book is,’ and I went home and I cooked on it over a long weekend.

I came back with this pitch that was like, 'Okay, I think I figured out how to do it. And the way to do it is to center Jim Gordon, who is one of the best characters in the entire Gotham mythos. One of the most iconic, he was there from the original Detective Comics #27, he’s as much at the center of the larger Batman mythos as Batman himself.’

And he has a deep and personal enmity to the Joker himself, like in a way that stands alone from Batman’s rivalry with the Joker. So, it was something that once I figured out that Jim was at the heart of this book, and I started figuring out the other players who were targeting the Joker, that that’s when I was off to the races.

Knowing that I get to work with Guillem March on this, who I think is one of the best unsung artists of the last generation, and this is his best work. Like I was just looking over all of The Joker #1 earlier today, and it’s absolutely stunningly beautiful.

It’s going to be a scary book. It’s a bit more in line with the sort of books that I’ve been doing in my creator-owned repertoire. It has a little bit of the flavor of Something Is Killing The Children or Department of Truth. At the end of the day, it’s about Jim Gordon’s struggle with evil and the embodiment of evil - that is the Joker.

On the Punchline back-up:

One of the key things about heading into next year is the Joker isn’t in Gotham City. He got the hell out after the end of ‘The Joker War.’ And the Joker book is going to have Jim Gordon going after Joker outside of Gotham, but Punchline is still in Gotham. So, Punchline is the thread that carries over from the end of ‘The Joker War’ and the spread of this new clown gang in the dark shadows of Gotham city. She lays out what her plans are for the home front, while the Joker is out tackling some different stuff abroad. It keeps the two threads moving. So, when they clash back together it’ll be a very big thing.

And Jim won’t be the only Gordon heavily part of this series:

A bit of both - that’s a story that’s going to go right into the heart of Jim Gordon and everything he’s been through in his entire career of fighting crime in Gotham City as its commissioner, on everything he had to do to get up the ladder to become commissioner. And now that he’s in this post commissioner retirement life, he’s trying to figure out what is his final act and what are the last things he can do to the world? And his relationship with Barbara is key to that.

I like this plan he layed out. I am giving it a chance.

I think this would take place after the events of Joker with Joaquin Phoenix, where Arthur Fleck aka the Joker started some crimes with any of his henchmen, becomes an ally with familiar villains (Penguin, Two-Face, Riddler, Bane, Poison Ivy, Killer Croc, Mr. Freeze, Mad Hatter, Scarface, Catwoman, Scarecrow, and more) and being Puddin to inspired Harley Quinn, and comes across young Bruce Wayne, who becomes Batman, and tells them that they are both Wayne’s and are destined to rule Gotham, while also having some rivalries going on and on, giving my idea a mix between The Dark Knight, Gotham (another twist of the origin story between Batman and his familiar villains), Suicide Squad (Joker and Harley’s relationship), and a little bit of either Batman: Arkham games, and some comics and animated movies, like one of my favorites, Batman/Teenage Mutant Ninja Turtles.

Oh boy, DC’s most overused and overexposed villain gets his own title.

First off, HELL YEAH!! The joker is finally getting his own solo series, and Bluebird?! Sign me up.

Oh come on, he’s never around. I mean sure, he was in Death of the Family and Endgame a year later and then Metal and then The Batman Who Laughs and played a role in the wedding fiasco and then Justice League and Year of the Villain and Hell Arisen and then prelude to Joker War and then Joker War but those were minor . . . .