The Joker is a Hard-Boiled Blend of Mystery, Action and Nightmares 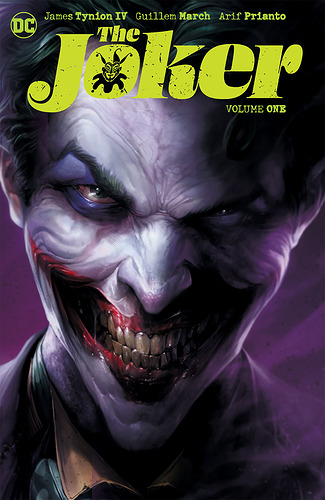 The Joker Vol. 1 contains the first five issues of James Tynion IV’s Joker series, illustrated by Guillem March, plus a few additional short story tie-ins from recent Batman comics. It’s a gritty Joker tale, of which there is certainly no shortage, but this one’s a little different.

Tynion’s Joker is compelling and tense. However, its focus is not on the rivalry between the Clown Prince and Batman, but the Joker and Gotham’s former police commissioner, James Gordon. Gordon has myriad reasons to hate Joker, and unlike Batman, has finally reached a point where permanently ending him is a viable solution.

While TV’s Gordon-centric Gotham gave us a young Jim, The Joker gives us an older, more jaded Jim. He’s retired as police commissioner and rejected Harvey Bullock’s offer to join him in the private eye biz, but he’s not quite ready to relax.

To learn more about The Joker Vol. 1, head over to DC Comics!

Are you excited for some bonus content around James Tynion IV’s Joker series? Let us know in the comments!

I love this comic. It kind of feels like a tribute to the old mysterious crimelord novel series, like Fantomas or the Fu Manchu novels. An intrepid sleuth tries to solve crimes in a maze of weird danger, with his every move shadowed by the enigmatic criminal mastermind for whom the story is titled. This roughly describes those old pulpy stories AND this current Joker series.

The big selling point, to me, though, is how gorgeous this well-written story is displayed. The art team gives this comic a look that is would be both frightening and mirthful, even if it were not in a comic about the Joker.

I will just pound him again. He is no match for my bat bats or or just my new cosmic beams. 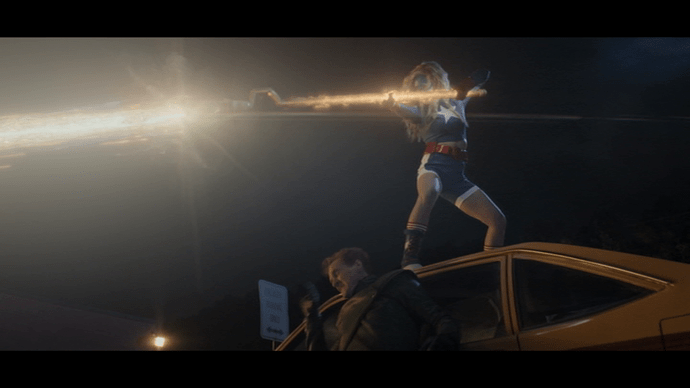