NO better way to say it lol

WB is welcome to prove me wrong

Another Time When Will It End 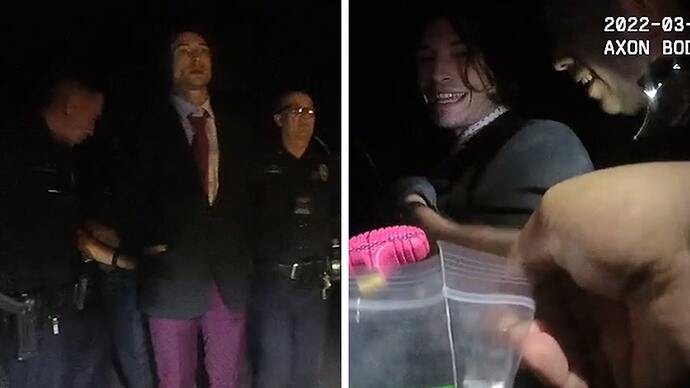 We need to go back in time to fix this…

Oh lord!… no, not you Ezra….
Hold on….Supes….can you please do that rewind time by flying around the earth again please?

To be fair, this footage is from their arrest in March, so this isn’t actually a new one, just more details about one of the instances we already knew about

The cops had reasonable cause to search Miller. Honestly, he just should’ve lawyered up before saying anything

The article talking about this also said that Miller apparently has their own footage to show that they were assaulted first. Apparently people have been looking into the bar where the incident happened and apparently it’s been known to have some really sketchy and bigoted stuff going on, so it’s very possible.

@smcolbert
Look, obviously there's a lot going on with this WHOLE situation, but these last two sentences in this TMZ article and the video they sandwich are really weird in context once you look up Yelp reviews for the place he's getting thrown out of in the video.

There have also been reports that Miller is back in the States, been in touch with WBD, is currently recieving counseling and in a better headspace, which while not official, I do hope is the case.

Yeah I genuinely hope he is getting the help he needs. And that there are supportive people in his life to get him over this hump.
Although I’ve never been on TMZ​

, I have had some pretty low points in my life as well.

Miller is really going to get it at some point

It’s so odd when a person starts out with such a promising career only to do something stupid to derail it. The sad thing is, Ezra Miller isn’t the first and they are not going to be the last.

Not like we need more Batman, but from a return on investment perspective, I’d be making sure every future trailer is 90% Affleck & Keaton.