The Flash movie (DCEU), should be Directed by Ang Lee?

Hear me out, Ang Lee films his movies in 120 fps 3D and then reduces to 24 fps for the scenes that would look cheesy in High-Frame-Rate.

And he’s literally the only Director on the planet who does this.

Also he did a great job on The Hulk, which never was gonna be good in movie format, but he still did more then anyone else could with the matetial he had to work with (The Incredible Hulk). I mean that final fight scene when you have an insanely powerful superhero as the Hulk; was impressive, and it was the only time we ever saw the Hulk go infinite-anger (infinite super -strength) in a Live-Action movie, when even the Hulk’s own superpower father couldn’t absorb that energy level at infinity literally.

He does the best with what he has to work with, which is often scraps for material, imagine giving him something with lots of material to work with, like the Flash.

ALSO, WHOEVER DIRECT’S THE FLASH MOVIE WON’T HAVE ANY FREEDOM AT ALL. So don’t worry about how he would make it, because its gonna be the same movie no matter who’s the Director. But the cinematography will be different based on who the Director is, so why not Ang Lee. He would be perfect.

Can you imagine The Flash’s movie ( DCEU ) with both the action scenes & slow-mo scenes in HFR 3D?

Ang Lee is from the James Cameron school of using the next level of technology in his films before theaters fully have said tech. There are like less than 20 cinemas worldwide that can show 120fps HFR so what’s the point? Very few TV sets and players as well. Gemini Man was cool tech, but a terrible movie.

The problem Ang Lee has is his movies are too reliant on the tech and not so much on the story compared to Cameron who actually does tell good stories (that he directs, not necessarily as a producer – IE. Terminator: Dark Fate).

I’m not in the camp that has cared much for Hulk as pure CGI. Would prefer they find somebody like Lou Ferigno and use CGI to enhance /show an actor in a body suit… The Bill Bixby / Lou Ferigno Banner/Hulk combo in the TV show might be cheesy and somewhat dated, but it reminded me more of the comics than any of the movies, including Ang Lee’s, at least in capturing the spirit of the source material.

But virtually every cinema can do 60 fps.

Almost every cinema room in every theater in China can display 120 fps.

I know Real D 3D new 3D Laser Projectors (Real D Cinema for 50 & under screens and Real D Luxe for 50 & larger screen’s) can all display 120 fps and are currently in Regal Los Angeles, which Regal is now owned by Cinemark, and both AMC & Cinemark renew their contracts with Real D until 2K24, so they can upgrade their projectors right now if they want to.

Don’t mean to go outside the OP topic, I would be interested in a Flash movie – if the story was good – directed by Ang Lee. I think he’s a good director, just sometimes seems blinded by pushing the latest, greatest tech in front of telling an entertaining story.

But do want to address …

Almost every cinema room in every theater in China can display 120 fps.

Do you have a source for this? Not trying to be combative, but would like to see a confirmation of that to add to my research notes, as everything I’ve read said only “select theaters in Asia” would be showing in 120fps.

Here is a somewhat recent article that details problems with the lack of theaters that can display 120fps HFR:

14 US theaters will project it at the full frame rate, though only at 2K resolution.

As i have said before, Real D is done with Beta testing in China and now offers 3D laser projectors as options for all theaters in the world.

I guess I should have mentioned that we’re not getting The Flash movie any earlier then 2023 at best.

That plenty of time for theaters around the world to replace there Real D XL projectors with Real D Cinema (40 to 50 feet) and Real D Luxe (Premium Large Format). Plus if its like the sequel to the Ghostbusters 2016 movie, we won’t get the Flash until 2025. We still haven’t gotten Ghostbusters 3 (of 80’s movies) and Ghostbusters animated movie in theaters yet, although the prior is coming out this Summer thankfully.

Plus I mentioned in the original post, that anyone who is the director of The Flash movie won’t have any freedom, meaning the story is not only going to be the same but with no creative freedom liberties with the script, unless Warner Bros. finds it good. So i wouldn’t worry about storytelling because there’s no freedom there as confirmed by Aquaman director.

Technical considerations aside, the last thing the Flash movie needs is another new director.

They don’t currently have a director.

Aquaman director was supposed to do the Flash not Aquaman, but turned it down to have creative freedom, which is why he would do Aquaman.

The Flash currently has no one as Director, and is easily 3+ years away from being released because they’ve been looking in all the wrong places for a Director who is willing to do the movie. 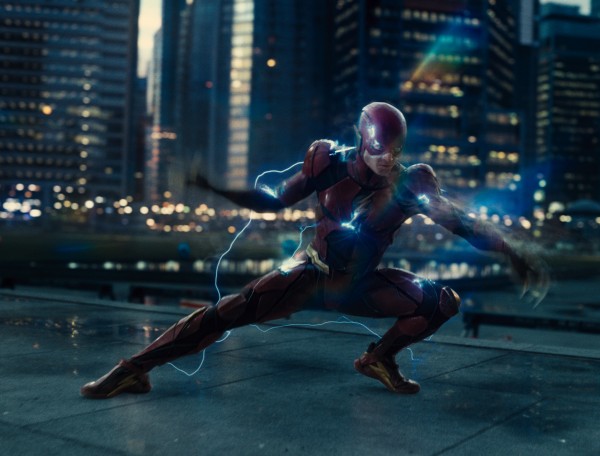 ‘It’ Director Andy Muschietti Confirms ‘The Flash’ Is His Next Movie

It and It: Chapter Two director Andy Muschietti confirms The Flash movie will be his next film, starring Ezra Miller in the DC Films role.

Unless he’s left the project since August, Andy Muschietti is attached to direct.

Well then, I hope Ang Lee does the sequels.

Thanks for the heads up.

On the bright side, maybe we’ll get the Flash movie in 2K21.

DC is releasing or trying to release 4 to 5 movies a year, even though some are DC Vertigo and DC Black Label.

Even Marvel is gonna start releasing 4 movies a year, maybe as early as 2021.