Alright, so for you Flash fans out there, what are some of your favorite comic book moments that feature The Flash? It can be any version of The Flash from any comic book, just as long as it features The Flash.

For me, I have so many different moments that I can’t really have a definitive favorite. Though I have to say one of my favorite moments of The Flash easily has to come down to when Superman was running after The Flash during The Flash: Rebirth. Just the fact that Superman brought up that they raced before and he even won some of them, just for Barry to say, “Those were for charity, Clark.”, and then just took off to where Superman couldn’t catch him was so epic. Really showed just how boss Barry was as The Flash. 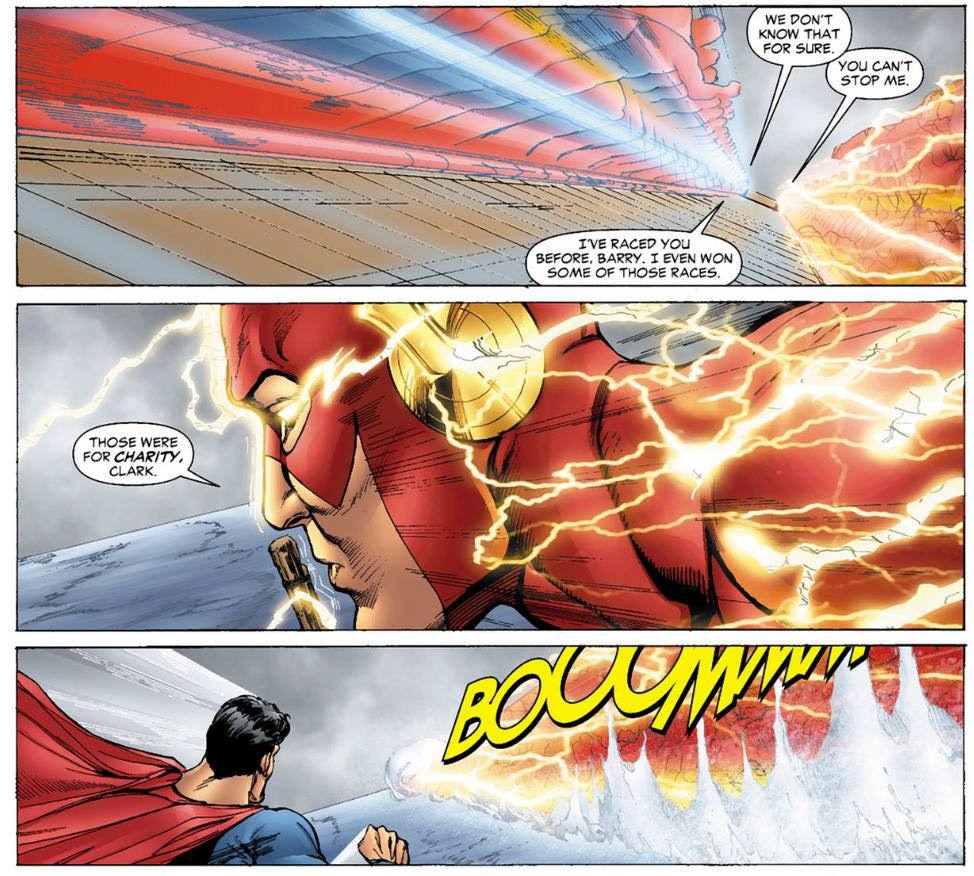 I also loved that moment! Flash should definitely be the fastest. Most of my favorite moments come from Wally’s tenure (he’s my favorite Flash), but I also liked Barry vibrating the plane through a bridge (I think) in the New52.

Barry Allen teams up with Jay Garrick, the original Flash. introduced in the Golder
Age of comics, in this 1961 tale by writer Gardner Fox and artist Carmine Infantino that introduced the idea of a multiverse to DC.

My favorite flash moment is hard to pinpoint, but the one that sticks with me most. The first Flash comic I ever read and bought was, when Wally West became Icicles heir. The Icicle imposter freezes Wally and he vibrates every molecule in his body to break out of the ice. For some reason I just thought that was super cool (pun intended).

Flash of Two Worlds. (A) You see a hero meet their double. (B) It establishes the premise of the multiverse, which is core to DC Comics and, arguably, more important than any single character (sorry trinity).

I will also add that ANY story with the cosmic treadmill goes in my all time favs list.

Awesome choices so far! Barry vibrating a plane through a bridge is another favorite of mine as well. It was actually one of the first issues of The Flash I read. Believe it was my second one (read issue two first, never got a hold of issue one). So that always has a special place in my heart as one of my favorite moments of The Flash.