For years I’ve had my eye on the Film Score Monthly box set of the Superman films. Not only am I a nut for film scores, but also Superman. What made this box set so intriguing is that one of the discs is for the 1988 Ruby Spears Superman animated series. I loved this show as a kid and even though it was only on for one season, that music has always stuck with me. Sadly, the box set has is the only way you can get this score and it’s was only a limited time offer.

Cut to almost twelve years later and a vigorous search on EBay and…I finally got it!

I can’t tell you all how amazing this set is. The scores to all the Christopher Reeve films AND the Ruby Spears animated series?? It’s even better than I hoped. I’m so happy right now. 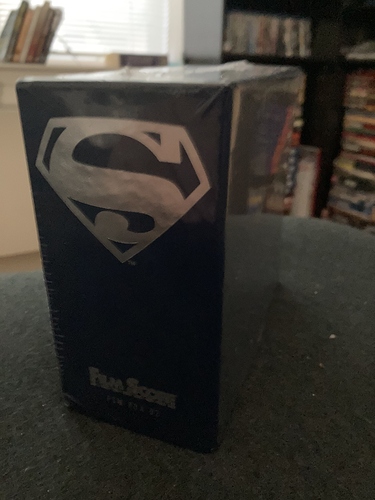 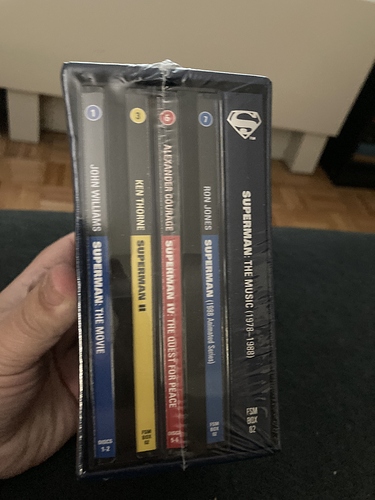 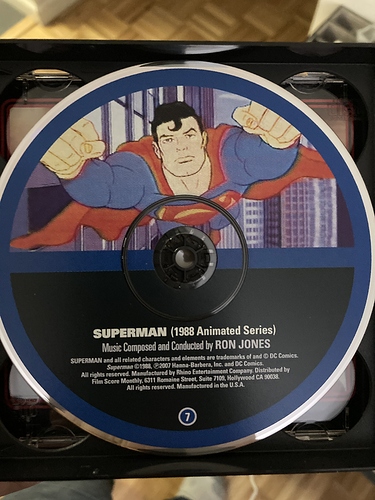 (Or should I say Super)

So, not likely to find on Amazon for a good price?

That’s great to hear. I’m not familiar with The Animated Series score, but I enjoy scores in general. John Williams has been awesome with the movies he’s worked on.

Swell score on your scores, @superby1!

I love the theme to the Ruby Spears Superman, which I Iove in general. Such a fun show.

Hey everyone! Thank you for the kind words.

@Sean-Malloy, if you can find it for a good price on amazon, you will have officially won the internet lol

@ejdias.95910, it was only one season, unfortunately, but it clearly left a mark on me enough to hunt this box set down for more than a decade just to get the score to this show

Yep, been there before. For years I had a song stuck in my head from my younger days. Luckily with the internet and various websites I found it and was finally able to add it to my collection. Sorry it wasn’t that easy for you.

No need to be sorry. The hunt was the half the fun!

Not a terrible price considering it’s out of print. I’ll say it…you win the Internet @Sean-Malloy!