The Detroit Era Justice League should be on DC Universe

I know this is a much criticized run of Justice League, and once upon a time it was understandable. But I think that this era has since become way more important then it gets credit for.

I mean look at the roster Aquaman, Vixen, Vibe, Steel, Gypsy, Elongated Man, Martian Manhunter and Zatanna. Notice something about that list? All of that roster save Zatanna has been adapted to live action, with the exception of Aquaman as popular and important characters in the Arrowverse and Aquaman well… his movie juts made a bazillion dollars at the Box Office, so I think his days of being laughed off are probably about to be over, if not already over.

Yeah it is not without it’s flaws, most notably their portrayal of Vibe manages to be both completely outdated and stereotypical. But it was a solid team book that I think still holds up with the writing. And again where would the Arrowverse be if that era hadn’t happened? Hell Vixen is one of DC’s most popular African American superheroes now, yeah she had been introduced before then but would she have become as popular on down the line if she had not been in the team.

And contrary to revisionist hitory Martian Manhunter had been off the league for a LONG time before coming back just before the Detroit era which he was clearly brought back to be part of. And it was being part of that era and the original that got him re-written as the mainstay in the Justice League. Who knows if he ever would have come back had they not done that series.

I just think that it has become a very important part of comic history and no idea if it is in trades or not, but it deserves to be seen by more people who don’t realize what it laid the groundwork for.

I don’t know if DCU will ever add it or not, but I hope they give it a chance and promote it when they do. It deserves the recognition.

I will surely submit your request and we can see what happens!

Is the Detroit era omnibus worth a buy? I like what I’ve read of that era.

I would say it is, haven’t read it specifically but having read the entire run of JL Detroit (which is basically reading it) it is a good read for a 1980’s comic.

@Captamerica they never said you could read any DC comic. Many haven’t been digitized yet.

@AlexanderKnox is correct. It’s in the comics section under Justice League of America 1960-

Here are some screencaps from the page to show that they’re present: 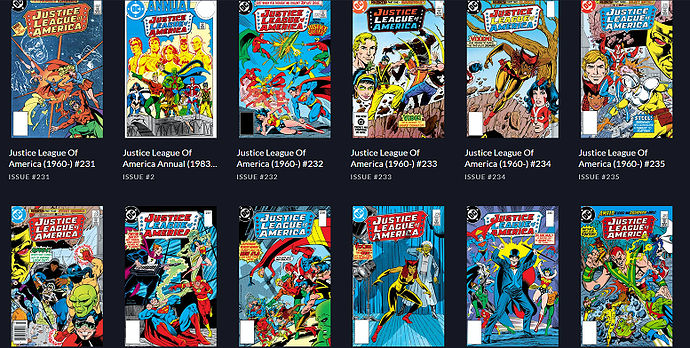 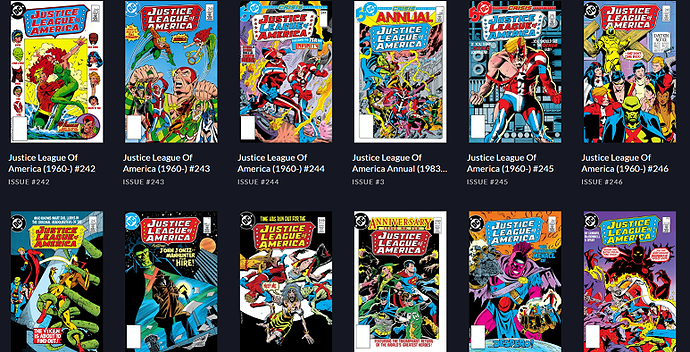 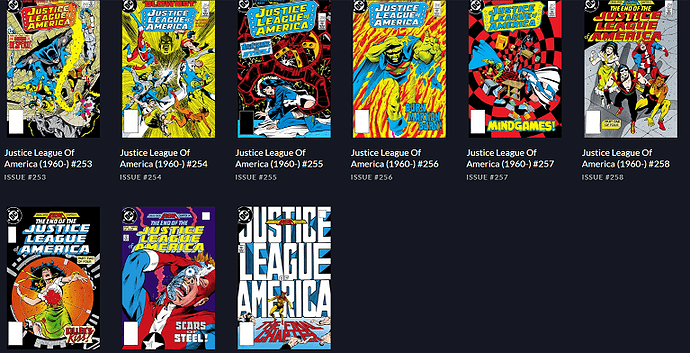 I just did a big reread of the Detroit era, and all n all, its worth checkin out. Its as 80s as all holy hairspray and shoulder-pads, but pretty decent stuff

I am with you. I LOVED The Detroit League when I was a kid.

I remember as a kid being confused because they said Gypsy used her powers to help Vixen beat her uncle when he stole her Totem and never being able to figure out how or when that happened. I’ll have to go back and read. I just re-read the JLA Annual introducing the team and had no previous memory of Zatanna hitting on Dale Gunn. That was funny!