:superman: The Death of Superman: Where Were You in '92? :superman:

I read everyday. eradicater is my favorite.I have a lot of comic book cards.I was scared to bring my comics and cards because I was very protective of them.I’m more into reading comics online.buying them has gotten expensive.what characters do you follow.I don’t know anyone that is into comics.I don’t know why because lots of people watch the shows and movies.I think comics are better than the movies and tv shows.what are your thoughts on that.

…watching terminator 2 in theaters…that’s about all I remember about 1992…but I was 5 years old…and unmedicated for ADHD.

The Superman blue was a great costume.When I saw that comic I had to buy it.Well my mom bought it lol because I was still a kid

Terminator 2 was the coolest movie ever.I remember the local news talking about it and Superman as well.I also saw it in the news paper.good times

its still one of my favorite movies.

The Modern Age Superman Club is discussing The Death of Superman, and you can check out the adventure

I remember walking into my local LSC ( a store I would come to own a decade or so later) to get my weekly books and the owner did not know how to tell that DC was going to kill off Superman. She knew how much I loved the character. I said it was probably just an 'imaginary story". But she showed me the solicitations in the Diamond catalog, and I was stunned. Yes, I know it’s hard to believe, but for a short time many fans thought this was “real”.
I still have the edition of Long Island Newsday with the very bold headline: “Great Caesar’s Ghost! They Killed Superman!”

I missed his Death but made it just in time to pick up the 4 Reign of the Supermen titles. They had put a mini sports card store in the local grocery store and as I made the transition from baseball cards back to comics after a 7-year lull, it was helpful that they also had a spinner rack.

I remember checking out the audiobook of the Death and Life of Superman from the library. And eventually found the “Death Of” trade paperback at Barnes & Noble before eventually tracking down all the singles at comic conventions. Still never got a copy of #75 in the Black Bag. I just could never bring myself to pay the prices so I have a News Stand edition in my collection.

And I enjoyed the 30th Anniversary Special quite a bit. It made me want to revisit the original. I mean, at the rate I am currently reading comics, it’ll be years, but it did make me nostalgic for those 90s era Superman comics.

Second year of college. My friends and I all went down to Flashpoint in Port Jefferson to try and snag our copies but they were sold out by the time we got there.
A few weeks later, my friend Erin managed to snag me a second printing of issue #75. But it was fortunate that we had several comic cons in the area and before long I was able to get the black bagged first printing with all the included extras.
Fittingly enough, my ToyBiz DC Superheroes Superman figure fell off my desk and went all to pieces when it hit the floor!
I crazy-glued him back together, but we held a mock funeral in memorial of Superman. (We would have had drinks in his honor but it was a dry campus.)

I was in grade school. I read a lot of comics at the time, but mostly in the X-Men universe. I hadn’t been following the story line, but friends talked about it a lot, and I got to flip through a friend’s copy of the death issue.
I was a cynical kid, but I just remember feeling like it was a tacky ploy to produce a collector’s item. I remember evening news shows talking about the event, and talking about how many people were buying up copies just in hope that they would appreciate in value.
Also, yeah–kids had to explain to adults that people die in comic books all the time, and you can’t take it personally!

I’ve not been a fan of the Byrne era for some time, even though I’ve read a decent amount of it. Likewise, there were things I liked about the Triangle Era, but I am not a fan of the writing team that worked on it and have never been a fan of conceptualized villains on the lines of Doomsday (particularly once Jurgans decided to retcon or embellish some of DD’s origins, which in my mind works out similarly to the ideas the Smallville writers came up with to give us David Bloom). And I loathed the art of DD. So I’ve never actually read the book. I’ve seen the You Tube videos. I’ve seen both animated adaptations. I even sat through BvS in a movie theater. I understand the easter eggs in S2 of Superman and Lois, so by the process of osmosis, I’m familiar with the story without having read the script.

One of these days, because I want to eventually read all of the Metropolis Kids floppies (I’ve been trade waiting for DC to go past the first collected edition but it looks like that will never happen), I will read the other books like Reign and Funeral but I doubt I will actually ever read the first or the fourth book.

And, specifically, in 1992 I was not reading comic books.

33 years after its release, that’s still one of the all-time best Superman action figures. 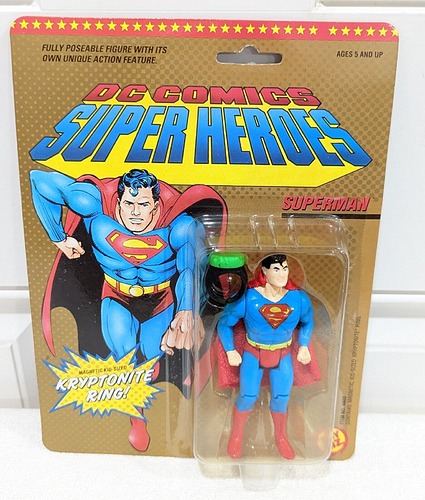 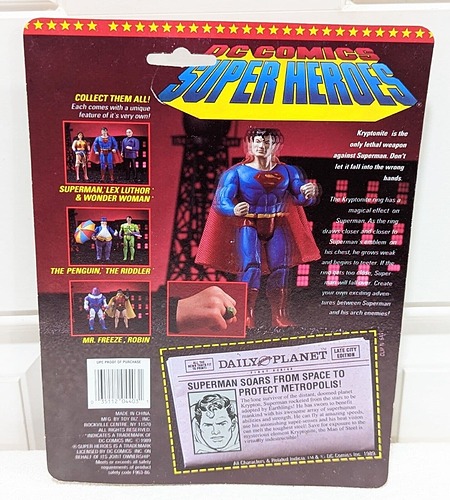 I wasn’t planned yet

Are any of us ever…planned?

Or are we the product of happenstance and assorted other circumstances?

slips out of Wax Poetic Mode

That was fun. Glad to have an excuse to wear a turtleneck, again.

I was 16 years old and still lived in my home country. Comics from the U.S. were very few and between, and this one actually arrived in January 1993. My family and I were moving to a smaller town, where I knew I would have zero access to new comics. So, I went for a last visit to the only comic shop available in my home city the day before we moved. Only had enough money for one comic. This one, and Avengers West Coast #93. Silly me, made the wrong choice LOL! Today I could have been the proud owner of an original “Death of Superman” comic.

Welcome to the community

Only had enough money for one comic. This one, and Avengers West Coast #93. Silly me, made the wrong choice LOL! Today I could have been the proud owner of an original “Death of Superman” comic.

Welcome to the community!

Welcome. I belonged to a discord group and we would have interesting (SHELF type) discussions about how hard it was to get even books in English in foreign countries.

I remain firm in my conviction that DC Comics leaves cash on the table when they don’t consider going to a Print On Demand system, like what Indy Planet has for independent creators, and which even Crapazom does for some authors, because the book market is always going to have some people who want physical media.

They do this at times, unfortunately.

I won’t be surprised if POD becomes an element of their business strategies in the coming years.

If DC jumps onboard that boat, I’m sure the rest of the industry will too.