The Dark Knight: The Ferries

[SPOILER ALBERT!!! Warning if you haven’t seen The Dark Knight, please DO NOT read any further due to spoiling the ending of the film. Please watch the film then come back to this thread.

I was finishing watching The Dark Knight today, and ever since 2008, I don’t know why I never thought of this. The Joker is capable of lying, he pretty much lie about his origin or at least one of them might’ve been true.
He lie to Batman where to find Rachel and Harvey, Batman thought he was going to save Rachel, but ended up saving Harvey instead.

Now later in the film, Joker threat 2 ferries, to see which one of the 2 boat might blow up first.
The prisoners or people of Gotham.
Now here’s what I was thinking, As always Joker is twisting his words and lie to them.
On the passenger boat with people of Gotham, there was a guy who almost pull the trigger, he doesn’t know the Joker very well, so had he pull the pin, he might’ve blown up and killed everyone on that boat and the Prisoners are safe. That’s how twisted and unpredictable the Joker is. Thankfully he didn’t do it, Batman was able to stop the Joker.
So what you guys think of my Joker’s theory on the Ferries?

Yeah, this is definitely true. I think the ferries are great for an even more important reason though, it’s possible for Batman to fail. One thing that most superhero films/comics struggle with is the most important part of any story: stakes. Most superhero stories deal with dangers on the most gigantic level. “We have to stop the villian or he’ll blow up the whole city.” “This hero is going to die if they don’t win.” As an audience, we know that the hero is going to win. They have to. It’s a meta thought we have because we know there’s no way in an average Batman film that they’re going to let all of Gotham be destroyed or for Batman to die (or stay dead at the very least). This takes away the tension. We know he’s going to win. Thus, making it less interesting to watch. That’s why the ferries are brilliant. The stakes are perfectly set. If Batman fails, only a couple hundred people die. Now that is awful, but it’s not unreasonable. The ferries are both dangerous enough where Batman needs to win, but not dangerous enough where it’s impossible for him to fail. No giant beems coming down from the sky to destroy the city in this film.

So what you guys think of my Joker’s theory on the Ferries?

@Reaganfan78- I think you’ve got a solid take here on TDK Joker’s twisted mindset. And since he planned on blowing up both ferries anyway it makes sense that he could’ve reversed the outcomes of the remote detonator switches.

Definitely a valid read of that scene. After all, what’s a setup without a punchline?

What’s interesting is that the Ferry scene is an adaptation of a game theory called “The Prisoner’s Dilemma.” 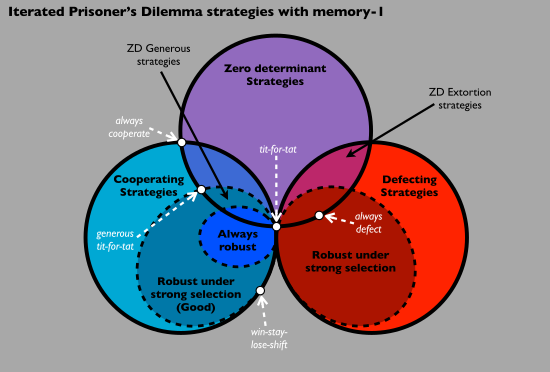 The prisoner's dilemma is a standard example of a game analyzed in game theory that shows why two completely rational individuals might not cooperate, even if it appears that it is in their best interests to do so. It was originally framed by Merrill Flood and Melvin Dresher while working at RAND in 1950. Albert W. Tucker formalized the game with prison sentence rewards and named it "prisoner's dilemma", presenting it as follows: Two members of a criminal gang are arrested and imprisoned. Each p...

Interesting, and Happy Birthday @Jay_Kay, hope you have a great Birthday today!

Honestly, this is exactly what I was expecting to happen when I first saw the movie in theatres way back in 2008 (god I feel old…). It’s still my “headcanon” that whoever pushed their button first would have blown up their own boat instead, mainly because it’s the most Joker-thing possible.

While we’re on the subject, though, I feel like the boat scene is the perfect encapsulation of the “tone” of Nolan’s Bat-trilogy. Namely, for all the talk about how dark and violent and gritty these movies are (and they absolutely are dark and violent and gritty), they’re also…surprisingly hopeful and optimistic about humanity? Like, in the The Dark Knight, Joker’s entire philosophy is “everyone is just like me. When the chips are down, these civilized people will eat each other.” The boat scene is meant to be his grand demonstration of this idea…and it fails. Neither the prisoners nor the “civilized people” give in and choose self-preservation over compassion and empathy.

And it’s not like the people on either boats have any way of knowing their safe, either! Neither Gordan nor Batman are in communication with the boats, nor does anyone send them some kind of signal to let them know they’re safe. Joker has proven throughout the movie that he can succeed in his goals despite the efforts of Batman and the GCPD, so as far as the people on the boats are aware, they will die if they don’t blow up the other first…and they still choose not to.

Yes, Joker still succeeds in turning Harvey into Two-Face, but that’s an individual; society as a whole (as represented by the boats) remains good and true. It’s the ultimate rebuttal to the philosophies of both Joker and Ras from the previous film, as well as the ultimate vindication of Batman’s belief that Gotham can be saved. So, for me, the scene proves that Nolan’s Bat-films aren’t just dark and violent; they’re also noble and optimistic as well, and I feel like that’s something that doesn’t get brought up enough regarding these movies.