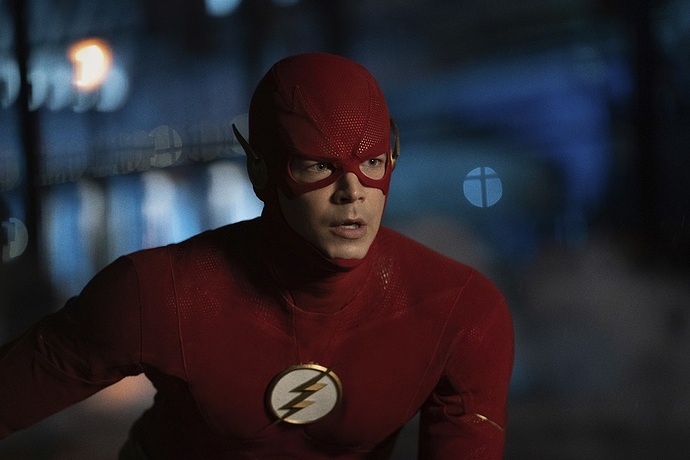 Eight seasons in and The Flash still knows how to surprise.

While Grant Gustin’s speedy superhero only wrapped up his seventh season a month ago, we’re not too far from the launch of his eighth, which The CW announced today will kick off with a five-part epic event that will bring more than a half-dozen heroes and villains from throughout the Arrowverse to Central City for a massive storyline called “Armageddon.”

According to the event’s logline, a powerful alien threat arrives on Earth under mysterious circumstances and Barry (Grant Gustin), Iris (Candice Patton) and the rest of Team Flash are pushed to their limits in a desperate battle to save the world. But with time running out, and the fate of humanity at stake, Flash and his companions will also need to enlist the help of some old friends if the forces of good are to prevail.

To find out who Flash’s “Old Friends” are, head over to DC Comics!

Have you been watching The Flash? Let us know in the comments below!

Have you been watching The Flash? Let us know in the comments below!

No. You asked. Maybe I will skip to everything with Stargirl, but that is probably it. 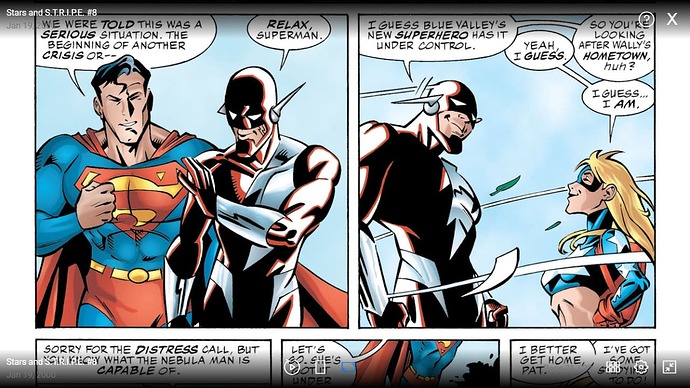 Really hoping there’s more to the roster than these announced characters. It’ll be great to have all of them in this capacity, but there’s definitely at least a few more people we really need to see. There’s gotta be 1 last team-up w/ Barry and Kara, Thunder and Lightning should appear since they’re currently Freeland’s heroes and we’ve gotta see a few Legends in there as well

I think they’re limiting it because it’s technically not the crossover event. I agree that it’d be cool to see more of them, but maybe that’s indicative of an even bigger crossover coming. Purely speculation there though.

Even though it’s not quite like the big annual crossovers, it’s still the only crossover we’re gonna get this year. Even if they end up relying mostly on characters from shows that have ended or characters that have left, they’ve already got Batwoman, so fully active characters are clearly still on the table

I didn’t think we’d be seeing Brandon Routh in the Arrowverse again. That, plus Black Lightning (who has barely anything in the way of crossover activity), makes this appealing enough to tune in. And this is Batwoman II’s first meeting with the other headliners, isn’t it?

Oh, wow, I never even thought about that, Ryan;s never met the Arrowverse’s Justice League basically, his crossover got even cooler now!

The Flash just sucks, but I’m excited for this crossover! I have missed crossovers!

Will Stargirl also appear? That would be awesome!

Honestly, while I’d be down to see Stargirl in maybe a huge Crisis event, I kind of love her being in her own world. It allows for a pretty different style and story compared to the rest of the arrowverse. Her stories have been smaller, more personal, and contained. It’s kind of nice. I see her and her crew blossom on their own for a couple more seasons before they’re brought over to something huge that would completely change the stakes of the show.

Haven’t really watched any CW stuff since Crisis, but I dunno, maybe I’ll give it another shot with this. We’ll see once we get some footage.

You get the sense that we won’t be seeing any more full crossovers until the pandemic is truly over. I believe there are still a lot of quarantine/testing rules on sets, which makes everything more complicated. Also, since this is only taking place on the Flash, they’re probably limited in how many other starring heroes they can use. The time Javicia Leslie is on the set shooting Flash is time she can’t shoot Batwoman, after all, so it’s pretty impressive they’re including her.

All that said, I think this sounds pretty cool. I wouldn’t mind seeing people like the Atom, Mia Smoak and Black Lightning (and people like Thunder and Lightning) show up in some of the other shows over the course of next season!

I’m looking forward to this. The logistics of crossovers were a nightmare even before the pandemic, so relying mostly on characters whose shows are over is a great way to bring in guest stars without upsetting the shooting schedules of those shows. Making an exception for Batwoman is smart because Ryan has never interacted with the rest of the Arrowverse shows.

Is it too much to ask that the cliffhanger from Green Arrow and the Canaries could be resolved in this too? Or that Mia’s involvement is setting up a future Justice League with her and Nora and Bart as members?

Also, just looking at the article, I have two questions:

Why is Barry and Iris in a wedding scenario in that photo?

It will be cool to see Black Lightning again! I really wish his show hadn’t ended as soon as it did.

Thanks! Didn’t realize Alex became a costume hero – good for her, she was always my favorite part of the series. Better character than Kara, honestly.

And good for those two for renewing their vows – I always figured it must have annoyed the hell out of Barry and especially Iris how Felicity and Oliver butted into their wedding. Like, cool that you guys want to make it official, but it’s our special day, can’t you wait a week or something?

I think it would’ve been a lot more annoying if they tried pulling something like that at the big wedding w/ everyone present. But considering it was only the 5 of them in this random spot, that’s about as low-key as you can get, so nobody’s ego was getting fed at all. Plus Felicity had a good point about how any big wedding was probably gonna attract bad attention. Maybe not another Nazi invasion, but still