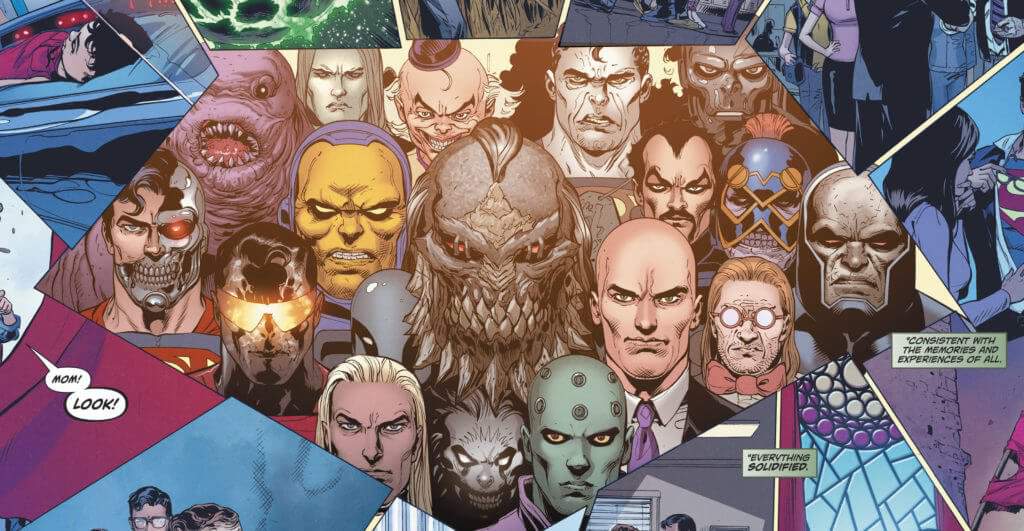 Let me start by saying I believe Superman has the most underrated rogues in all of comics. Lex Luthor, Darkseid, General Zod, Brainiac, Parasite, Metallo, Toyman, Doomsday, Mongul, Silver Banshee, Bizarro, Livewire, Mr. Mxyzptlk, etc. I think they’re great. And the Phantom Zone is the absolute coolest prison for villains out there.

To me, the problem is that Lex Luthor is so iconic he gets all of the focus from new writers. They do the same thing with Dr. Doom and the Fantastic Four. Everyone gets so excited at the prospect of writing him that the other villains get over looked. It’s the same with Luthor. I love him as a villain; he’s very complex and interesting. No one really takes the time to flesh out and expand the stories of his other villains. Everyone can point to a great Luthor story, but if you’re trying to find one about Parasite or Livewire you’re going to struggle.

Totally agree! I remember growing up watching that superman the animated series show, and the parasite episodes were some of my favorite ones

It’s because I’m the the most knowledgeable mind of this century compared to any other simpleton. You half wit Neanderthals wouldn’t understand my complexity in it’s truest form.

But to answer you’re mutton headed question, yes i believe I’m over used in particular storylines. Braniac deserves his credit. If you have any other questions regarding the Luthor name, you may contact my chief liaison Mercy Graves. Good day to you dullards.

I wouldn’t say that’s an inherent problem w/ his rogues’ gallery, but I definitely agree w/ your point in general. A lot of the other villains have been used plenty of times, but there’s a stark difference between just using them occasionally and crafting good storylines around them

I totally agree, even in movies we see Lex Luthor and the other villains never get a chance on a big screen. It would’ve been great to see Brainiac and Metallo if they ever get a chance. Zod been in three film or 4 if you’re counting his dead body in Batman v. Superman, So we have plenty of him as well.

The other problem is how powerful they are- which isn’t a problem in and of itself, but because of that you don’t get the fun team ups that they have in other books. If all of Batman’s rogues team up, it’s a cool visual and he can gauntlet his way through them. If all of Superman’s rogues teamed up, it’s the end of the world.

Motivation is another thing. What is the endgame for Metallo, Livewire, Toyman, or Parasite? You always know what Poison Ivy wants, but Toyman’s goals change from writer to writer.

I think the stigma people have about Superman prohibits them from learning more about his villains. You see this a lot with writers and artists who don’t wanna do a Superman story because in their heads he’s “too powerful”

This mentality closes them off from exploring his rogue’s gallery. There are so many villains they could run with, but they don’t.

I would love to see Bizarro, Brainiac, Metallo, Parasite in a movie. Hell, you start a movie with Superman bringing someone like the Toyman or Prankster in, then move onto the movie’s major villain.

Doomsday was a fine idea in Dawn of Justice, and I liked that it played off previously established story beats (Using Zod’s corpse, the fact this isn’t the actual Doomsday, but an approximation from old Kryptonian lore) While the execution wasn’t perfect, it was something besides Zod and Lex (even though Zod and Lex had their hands in its creation)

There’s a lot of good stories to tell with these villains. We just need more writers and artists who connect with these characters and can show WHY they’re special.