The Biggest And Baddest - Darkseid Vs Starro *CONTAINS SPOILERS*

Two fantastic movies also had great antagonists. Steppenwolf and the Thinker were both great, but when it came down to the main event these two weren’t meant to be trifled with.

Even though we didn’t really see Darkseid brawl against the league, scenes such as the past and Knightmare show how menacing he was on his own. Slaughtering Lanterns, Amazons, and Atlanteans both left and right. Along with executing Wonder Woman, Aquaman, and turned Superman against the planet, Darkseid reigned supreme. Despite Steppenwolf successfully retrieving the mother boxes for Darkseid to make his arrival to earth, his main goal was to just have the anti-life equation.

(The Suicide Squad spoilers) >>>> Despite almost destroying an entire city, Starro just wanted his freedom and to look at the stars. Ripping the Thinker in half was more so satisfying due to his hatred for his captive. Regardless, he was also a formidable opponent due to being an oversized starfish, making minions of his own personal self to mind control civilians, and killing Polka-Dot Man. Like Darkseid, he’s a conqueror when he claimed the world as his own. Starro was always a Justice League level villain and seeing the Squad take him down was a really interesting matchup without needing help from the Man of Steel or Dark Knight himself.

Which antagonist did you feel really outshined the other?

I’d say Darkseid. As much as I loved Starro and still do, it came down to the one who’s causing the most destruction and havoc or at least for me. If he can commit enough genocide to cause the world to go into an apocalyptic era, then he’s someone not to be taken lightly. 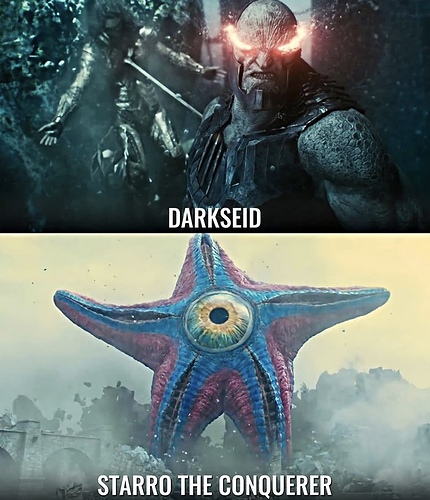 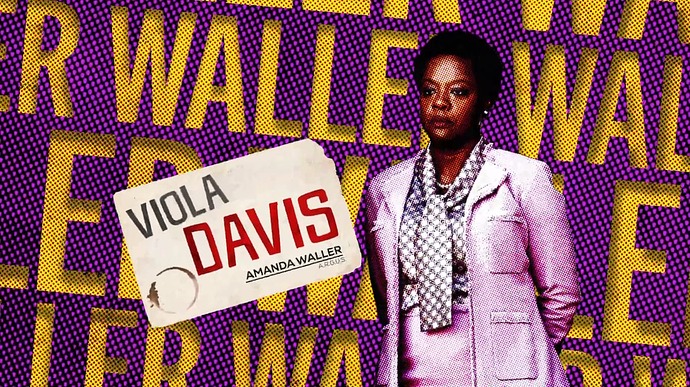 I’m a fool for not including her lol

starro and Darkseid team up to take out Waller,Waller wins.