Inspired by the news regarding the new DC Comics relaunch dubbed the “dawn of the DCU” A event that is set to happen at the end of 2022 and start of 2023, essentially a soft reboot of the multiverse with repercussions to the prime earth less than a year after infinite frontier started. 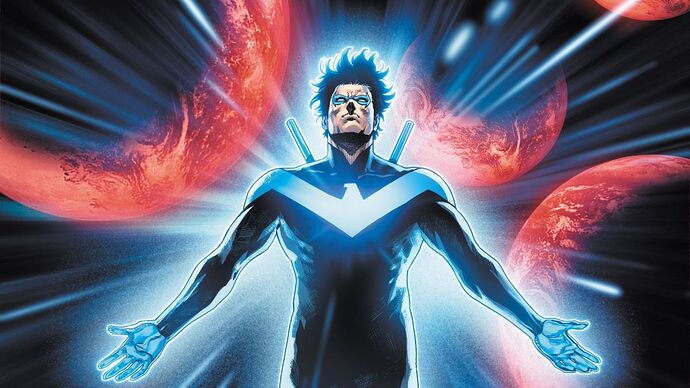 DC has announced what comes after Dark Crisis on Infinite Earths: a new editorial era known as Dawn of the DCU

I want to reminisce about the DCU’s best editorial eras, hallmarking the years when DC Comics had the best comics, events, and the easiest introductions for new readers.

For me personally, an example would be from the 2000s to 2011. DC Comics at the start of the 21st century already had excellent ongoing books from the 90s but starting in the early 2000s we got Mark Waid’s run on the Justice league starting with the Justice league classic Tower of Babel storyline, Geoff John’s Green Lantern, Gail Simone’s Birds of Prey and Secret Six, and Jeff Lobe’s Supergirl series that brought Kara Zor-el back into continuity.

With new legacy characters like Cassandra Cain Batgirl, Jason Rusch Firestorm, and Jaime Reyes Blue Beetle show that DC Comics were able to highlight diversity organically and reflect the importance of their silver age predecessors with the former, Barbra Gordon Batgirl becoming Oracle, one of the most influential people in the DC universe.
Finally, events like Identity crisis showcased the maturity of these stories and characters and Infinite crisis how these events can still be thematic blockbusters that DC hadn’t shown since the original crisis in the 80s.

It was a great time to be a fan, but I would love to hear other people opinions about their favorite eras in comics.

In my opinion it’s the 90s, cause you have…
The Death & Return of Superman, Superman gets Married and later become a energy blue and red hero.
Batman suffer a broken back by Bane!
Aquaman has a cool new look, with Hook and armor.
Hal Jordan become a villain while Kyle Renner is the new Green Lantern.
Stargirl is born at the end of the 90s.

Alot of great shows and movies came out in that decade.

In my opinion it was a best decade for DC Comics.

Great thread idea @Samsonkillingtime. I’m gonna put in a good word for New 52, which I know very few people will. As I’ve mentioned elsewhere on these forums, it got me started on reading comics at a relatively old age compared to most comics readers. Also, it gave us what I think are the best runs on Batman (Snyder/Capullo), Justice League (Johns, Lee, Reis, Fabok, et al) and Wonder Woman (Azzarello/Chiang) of the past 11 years.

I’ve only gotten into comics in the past few years but I think I’ve found that all my favorite comics are coming from the 90s and 00s. comics were just so good then.

I try not to get into this since I find it constantly turns into a fan war of everything in my era (a very ambiguous term since there are not dates where everybody decides we are no longer in the silver age but the bronze age), and everything int he next era sucks for changing it. Comics are hit or miss enough as it is for that.

I think the closest to one great period of constant greatness is the period of 1999 until around 2009.

Overall, I probably like the 1990s and 2000s the best at both big companies. Aside from the comics, we also had some great cartoons and the rise of movies. There are a few runs I prefer from other eras, and I’m enjoying a decent number of books right now, but that modern age/dark age or whatever was great. The current stuff would need some longevity to be a great era in my book vs just a good year.

It’s hard to decide what counts as modern. I suppose I’ll take the approach that it means “post-1990s,” after Marvel nearly crashed and burned. My alternate name for it might be “The Point When Comics Started Trying Too Hard to Look Like Movies.” (Others may instead see it as “The Point When Comics Finally Started Offering a Better Color Palette and Panel Layout.”)

Thus, the second-best period is Rebirth, since it largely recaptured that same feeling.