Thought i would watch it for Halloween 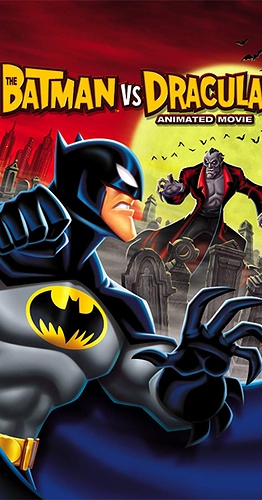 It was i enjoyed it very underrated

@Davidbizzarr1000
Much better than I thought! I’m ready for Batman vs Frankenstein!

It’s a tradition that I watch this movie every year on Halloween. An excellent movie!

Thanks Db, good to see you too.

Watched it for the first time (for Halloween) having not seen anything else of The Batman but having a friend who thinks very highly of it (it’s next on my list after I finish Batman: The Brave and the Bold). I freaking loved it, it was grosser than I expected it to be, but in a kid-friendly way that was just perfect for my particular tastes. Very much looking forward to watching the rest of The Batman now and seeing more of this Bruce and especially this Alfred. Definitely gonna be an annual watch from now on!

It’s one of the best DCA films. It’s very 50’s in it’s blood/gore (aka gives a peak but leaves much to the imagination.)

Dracula is a great horror icon for Batman to fight, as it requires brain power and deduction to figure out who he is and how to destroy him.

Rino Romano is a great Batman voice, captures the both Bruce & Batman aspects of the persona. My favorite Batman voice actor. KC is good and Dietrich Balder is get at Batman with a comedy edge. BBATB he was awesome in and I can’t wait to see what he does in HQ animated series.

Harley to Batman: “You sound like one of Drew Carey’s buddies from ABC’s The Drew Carey Show.”

Harley: “Is your first name Lawrence?”

Harley shrugs, says “Whatever. Its not like you’re Booster Gold or anything.” and walks away.

Given his performance on BTBATB, I just want him to get a “hammers of justice” reference.