I remember the day I saw this like it was yesterday.

It was a Saturday morning and I was nine. My Mom took my sisters and I downtown to look for clothes when we passed by The Warner Bros Store and they had the costumes on display in the window. When you’re a kid, seeing something like that in person is so special.

Later that night my parents told my sisters and I we were going out. I knew we were going to go see Batman Returns. Batman movies were these huge events not only culturally but with my family. There was a guy on the street with a table and a box of comics and he had the Batman Returns comic adaptation. My parents got it for me. While we waited in line to get in, I was flipping through the comic. I wasn’t paying attention to story beats, I was just reading a comic.

I know people had a problem with the movie’s tone and how dark it was, but I was nine. I didn’t care about that stuff. It was another Tim Burton Batman movie and it had Penguin and Catwoman in it. I remember leaving the theatre excited and wondering if we’d see Catwoman again.

It’s hard to believe it’s been thirty years since the movie came out. It seems like yesterday to me.

Ok, what’s everyone’s favorite scene form the movie? I think it’s safe to say that any scene with Catwoman, as Michelle Pfeiffer just chewed the scenery like a boss. I have a fondness for the scene where Catwoman falls into the rooftop garden, arises from a bed of roses all disheveled, only to scream and break the glass panels. It really makes no sense but it’s so fitting for her character in the movie. Also, there’s the scene where Shrek shoots Selena, and she counts down her lives with each bullet as she advances to kill Shrek. The performance here is so heart breaking and truly warped, the agony this woman has endured to reach her end goal of retribution is both empowering and tragic. Oh, and Penguin biting the reporters nose is always fun.

I liked the line “saved by kitty litter”

I remember what a big deal this was for me as a kid to see the sequel to 89 batman. 89 batman changed my life by making batman my favorite super hero. The sequel delivered on the hype. Hasnt aged quite as well as 89 for me but i still love it

You didn’t invite me, so I crash!

Can’t believe it’s been 30 years, at the time I thought Tim Burton ruin The Penguin for me and wasn’t a fan of the character til Tom Kenny plays him in 2004 The Batman.
I think I was shock how dark it was, I did however did like Catwoman, Michelle Pfeiffer did a awesome job.
Looking back now, I do like the movie, and I do now like Danny Devito’s Penguin, love to imitate as him, like how I started this post.
I’ve watch this movie so many time I do enjoy watching it as much as Batman 1989 and Batman Forever.
DC Universe Infinite have the comic book of the movie in their DC Library, wish they would add 3 of the other movies comic of Batman.
Love playing Batman Returns videogame on Super Nintendo, that was alot of fun, their cereal was good, had a few toys and McDonald’s kid’s meal toy.

Oh and by the way…

Some of my all-time favorite childhood toy commercials. Not just for DC or Kenner product, but all-time favs, period.

I can still remember seeing the one with Deep Dive Batman during Saturday morning cartoons on ABC. Good times.

Speaking of Kenner’s Batman Returns product, this was my very first figure from their basic figure assortment: 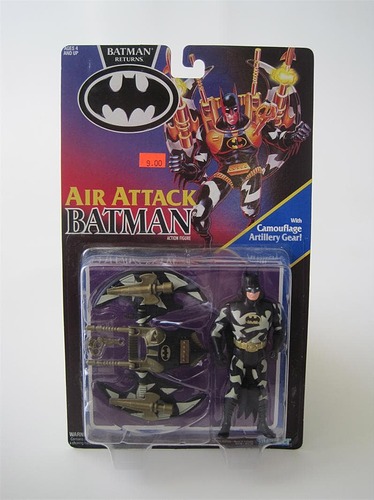 It was very nearly this guy… 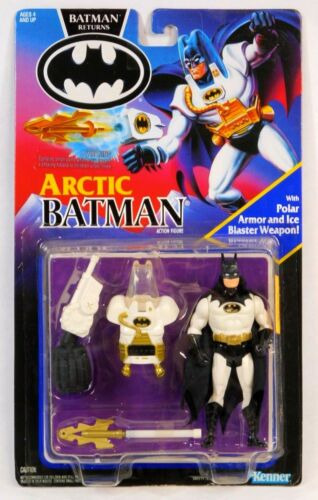 …as I had him in-hand at Kay-Bee Toys, but at the last minute, I changed my mind and went with Air Attack Batman instead.

I still have AAB to this day, and he stands proudly among my other Kenner Batman Returns figures. 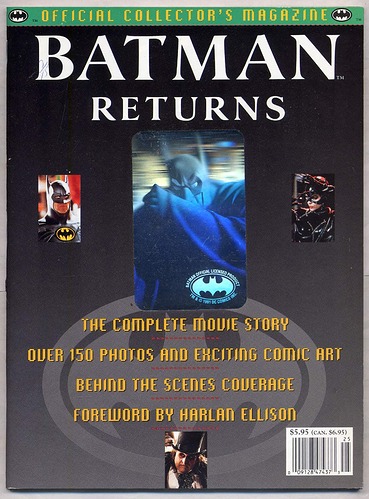 My dad came home from the grocery store with the above mag, and 9-year-old me about jumped through the ceiling with excitement.

I read it from cover to cover so many times that the thing had wear by the time 1993 rolled around, but what did I care? I was a kid and I enjoyed the heck out that mag, which wound up being the first of many movie-based mags I’d buy in the years to come.

I’m lucky that I’ve still got mine: 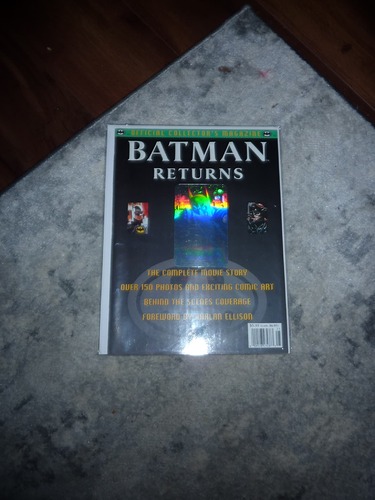 I Love This Movie!
One of My Favorite Batman Movies!
Great Sequel!
Cast and Script Were Great!

Batman Returns was the first Batman movie I saw in a theater, and I still vividly remember the two times I saw it during its initial big screen run.

I saw it in a theater once more in 2019, when Fathom Events held special screenings for the quadrilogy in commemoration of Batman’s 80th anniversary that year.

While its my third-favorite of the Burton/Schumacher movies, seeing Batman Returns in a theater is always a treat.

On the home video front, I vividly remember going to Blockbuster Video with my parents to rent the movie when it debuted on VHS.

We entered the store, and as I turned to the New Releases section, I saw shelves and shelves full of Batman Returns cassettes.

My family definitely made it a Batman-themed Blockbuster Night.

Did you know that this movie was not the first time that The Penguin ran for mayor? He actually ran for mayor in the classic 1966 Batman TV show, Batman even ran against him!

30 years ago, this was the perfect breakfast: 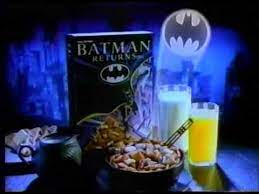 This was then the perfect thing for a kid (and/or kid at heart) to stare at while they enjoyed the sugar-blasted joy of Batman Returns cereal: 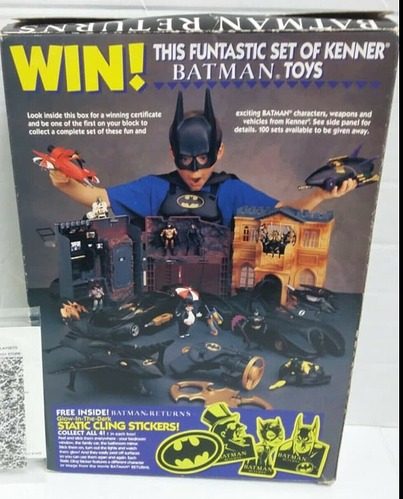 I use to have a Batcave, only it was repainted for Batman The Animated Series batcave set. 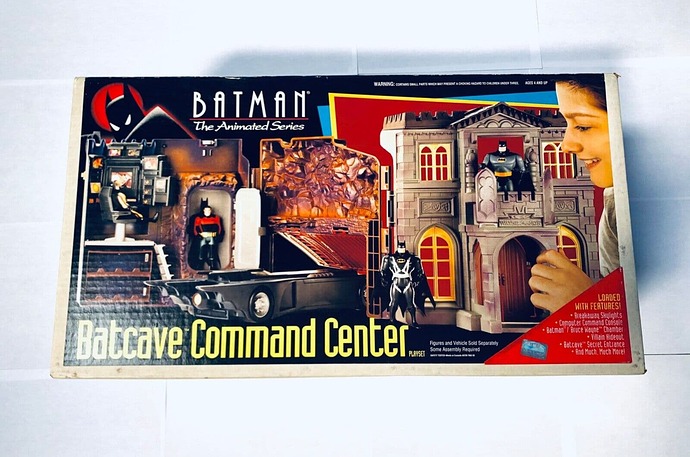 The second (of 6 that were released, and 7 when you factor in the Dark Knight Collection edition that wasn’t released) iteration of one of the best DC playsets ever made.

The Batman Returns portion of the Shadows of the Bat documentary, from the Special Edition DVDs of the Burton and Schumacher Bat-movies that came out in October of 2005: